Very nice #polychromebrick church in #SouthMelbourne, built for the Congregationalists in 1874, and was designed by #WHElleker; the smaller version next door was the first church built only 6 years earlier, and then became the #churchhall. It was designed by prolific church architects #CrouchAndWilson and is one of the earliest examples of fully developed polychrome (to be specific though its #bichrome, ie only 2 colours). There’s big trees now but a #heritagevictoria photo from 1984 shows both, and both are now houses. The later church just got a new fence. 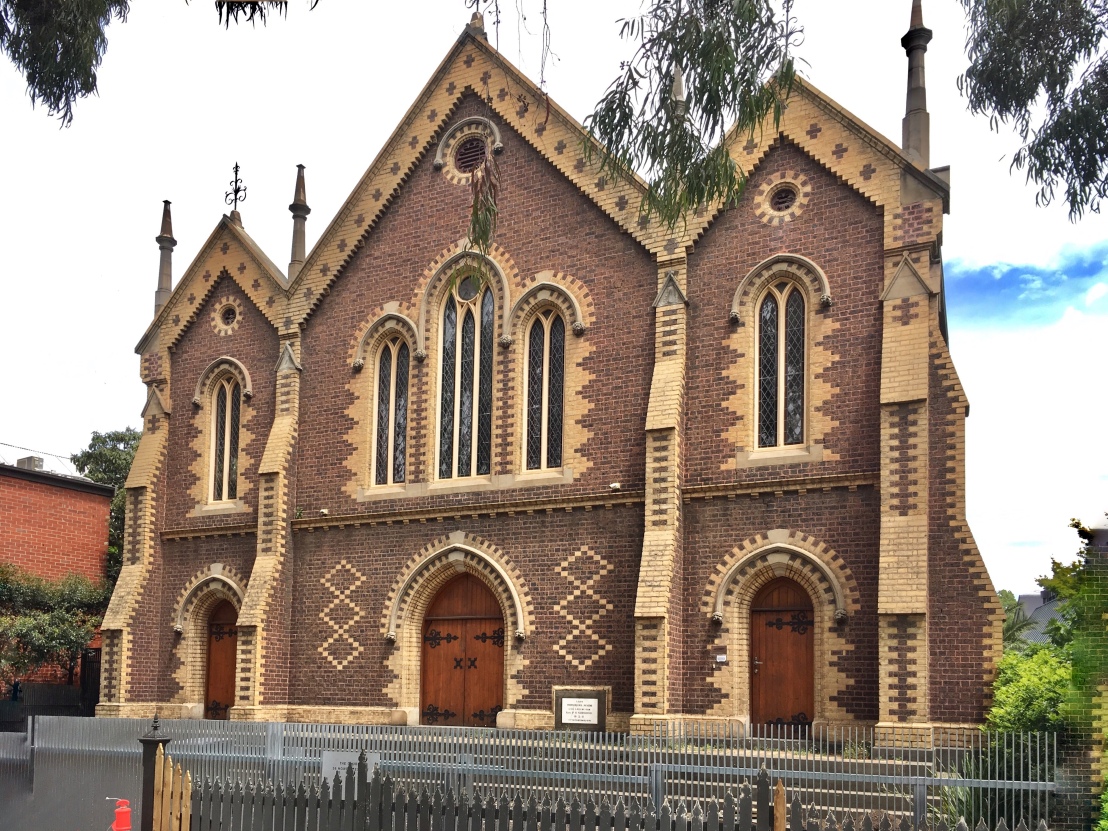