The #MiddleParkHotel is one of those pubs that’s bigger than a lot of others, more than just a pub really – and also rather less decorated, which is surprising because it’s by #WSLaw, who did some great ornate OTT designs in the #landboom years, including the very grand Grand Hotel in Albert Park which opened as the #AlbertParkCoffeePalace in 1889, and in fact they were both built at the same time, this one with 50 rooms, the other with 200 (!). Also a very fine old #NeonSign that might be 1950s since it was there in the old photo from 1963 that the @library_vic has. 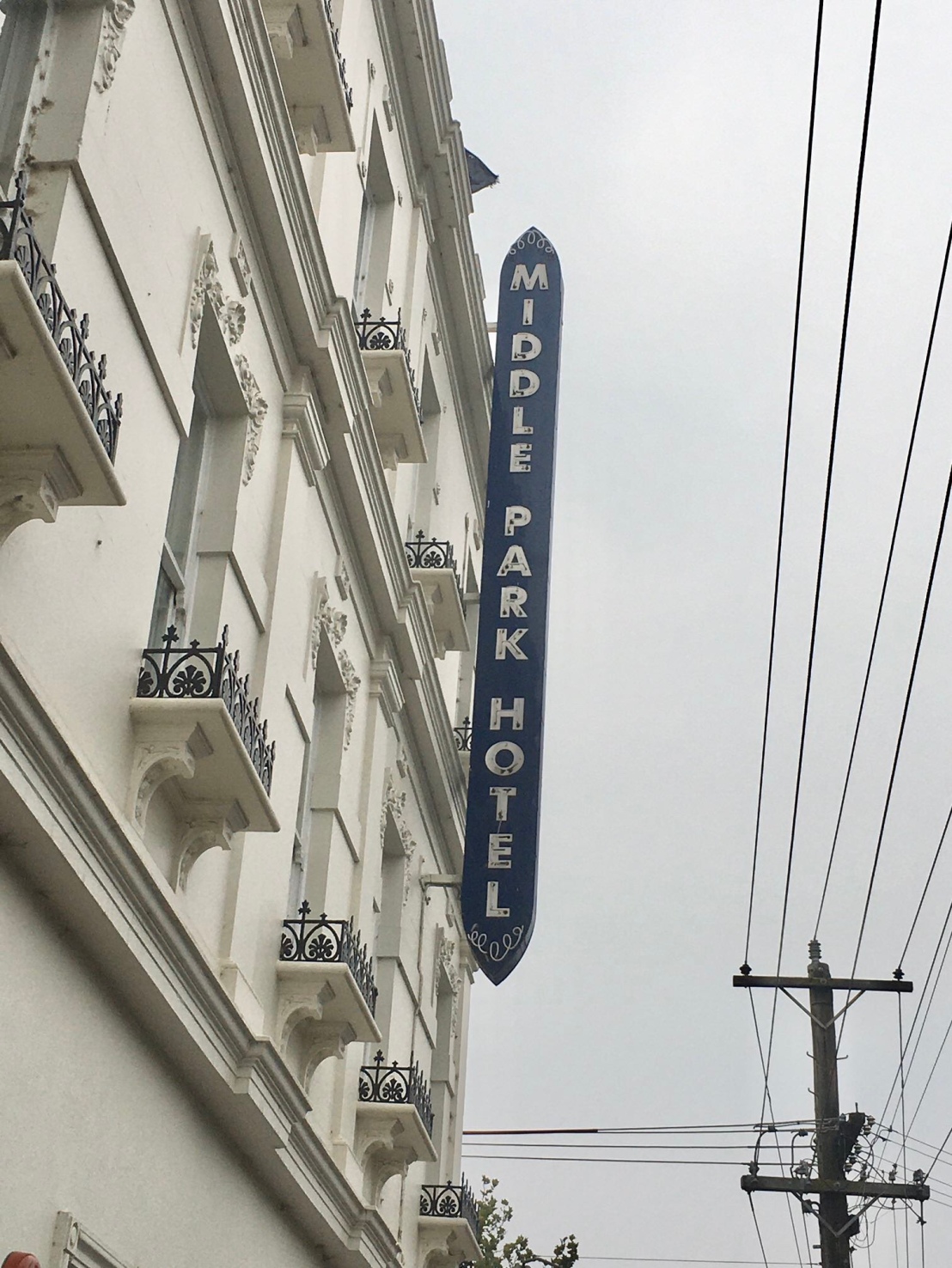