😮 not a fan; but if you’re going to cantilever, at least do it a long way up and make it look like a hanging part of the building, not a whole building leaning out. That angling inward bit is unfortunate, and wasn’t meant to be there, it was just going hang, got changed after the permit as far I’m aware. ☹️ Plus the hanging bit is closer to Exhibition Street I now realise ! This tower built 6m away from the ex #NauruHouse, now to be known as #80CollinsStreet North, the new one South, by @woodsbagot 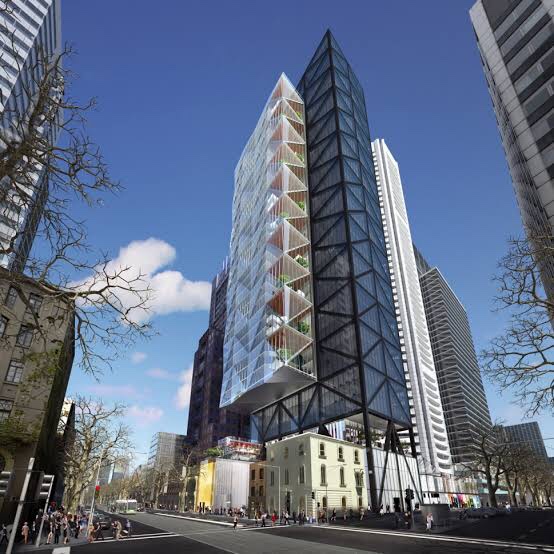 This part of the #80CollinsStreet development is I think not bad, constructing a frontage of what looks like individual buildings, and will be I think individual three storey luxury shops; one will be the entry to the office tower, the pink one is the old #LeLouvre (which I’ve heard is going to lose the very interesting possibly 1850s rear wing due to ‘structural issues’). They’re actually keeping the ‘gap’ formed by the demolition of #OggsChemist in c1972, I know lots of people like that gap and the rough wall but I’d prefer more buildings…..just realised that this streetscape was originally a row of 1855 terraces that Le Louvre was end of. 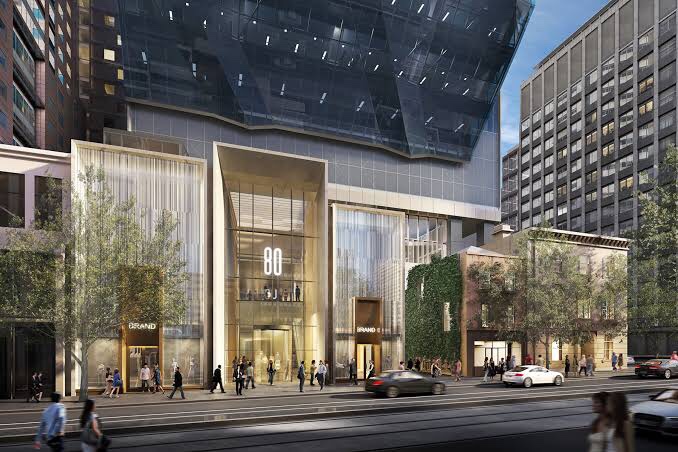