This is the third luxury hotel that #LeslieMPerrott designed, the #HotelAustralia in the middle of #CollinsStreet, opened June 1939, and hard to believe it was demolished in 1989. I remember being shocked when I heard (this was just before I started working at the NationalTrust), I guess it wasn’t highly regarded architecturally because it was rather plain, it didn’t have a lot of gorgeous #ArtDeco features (and 30s Deco was only just being taken seriously as ‘heritage’), nor was it fully Modernist, eg white walls and strip windows. And Perrott was best remembered for the hated #GasAndFuel. I only had a look a few time, I wasn’t impressed, but then I didn’t get to see the various function and dining rooms, eg the famous huge arched one which everybody thought was the 1916 Walter and #MarionMahoneyGriffin #CafeAustralia but was actually a simplified repro, cos they liked it so much. I did go to the basement cinemas in the 80s when they were art house still didn’t notice anything too stylish. But there were plenty of nice spaces at heart originally, I found photos of the foyer steps, various dining rooms and bars, the lobby of the cinemas and the basement Silver Grill. And apparently through the 40s and 50s the first floor cocktail lounge was quite camp, I imagine where the ‘A gays’ of their day hung out, then from 1970 the renamed Woolshed bar in the basement off Little Collins was very gay, and famously where in 1979 a Melb Uni academic was charged for kissing another man in public, $75 fine, evicted from his university accommodation, which led to protests at Uni and a kiss in on the front steps of the hotel!

Ten years after that it was replaced with a particularly daggy boxy thing clad in thin #Postmodern Classical dress, with a stupid huge arcade thing that led you up or down instead of through to the other Street thankfully now replaced. The hotel part went from glamorous to 3* and now it’s a Novotel. The Australian name was used from 1916 through 3 redevelopments but was dropped in 2014 favour of #StCollinsLane, what the hell is that supposed to mean ? There is no St Collins and it’s not a lane. 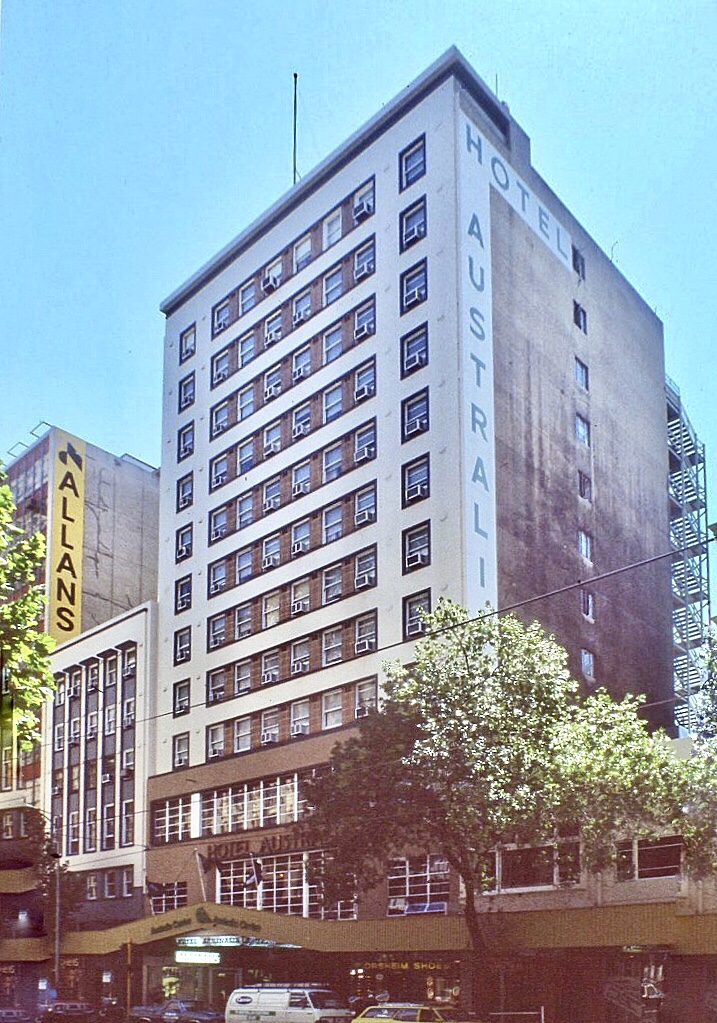 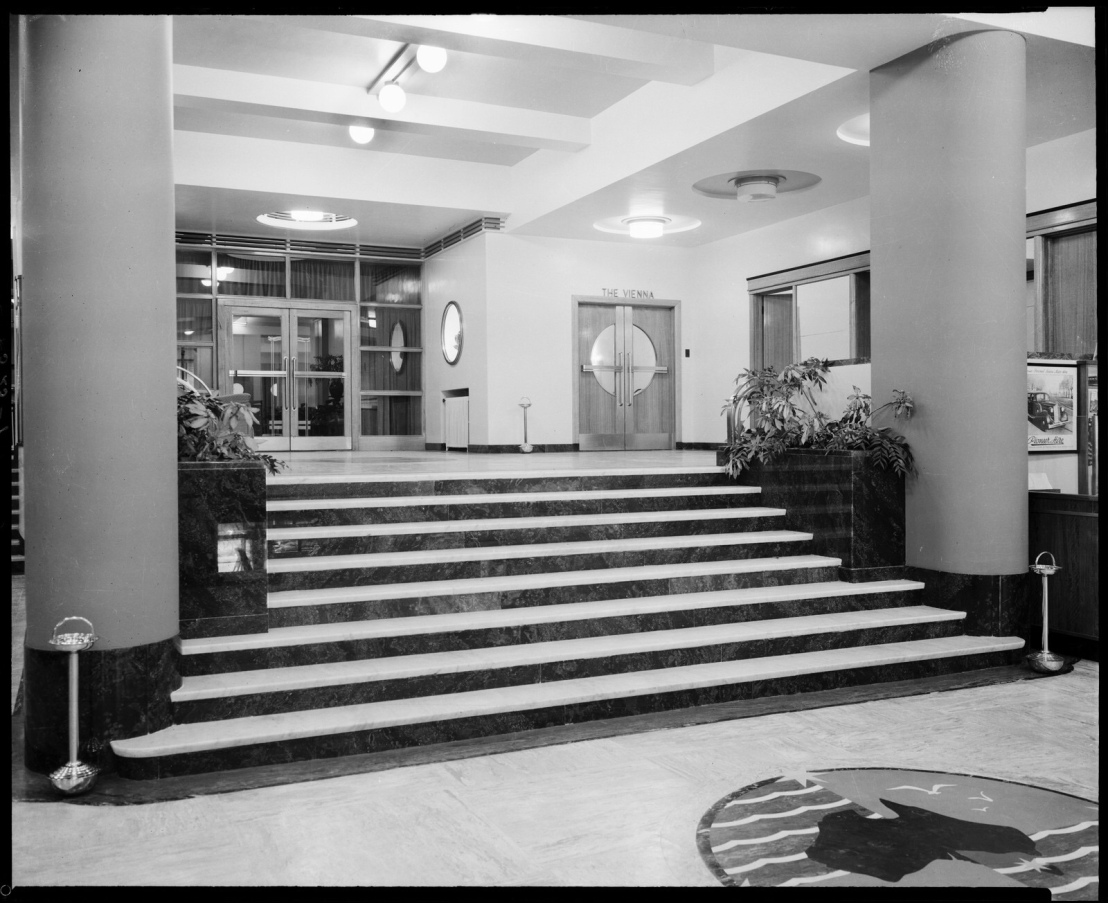 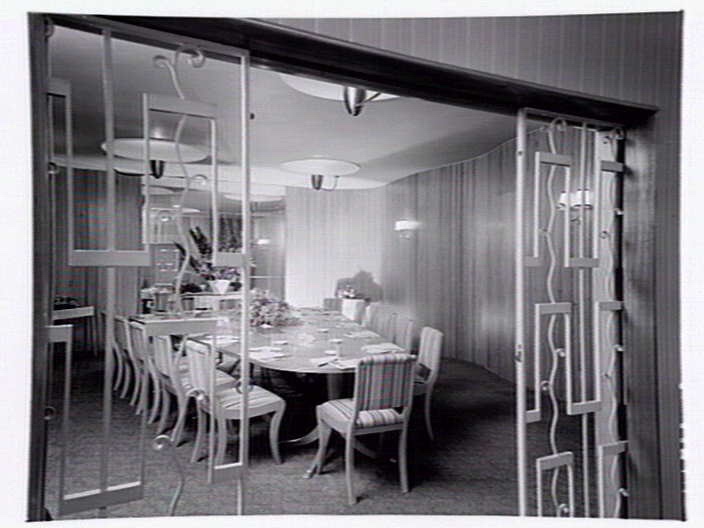 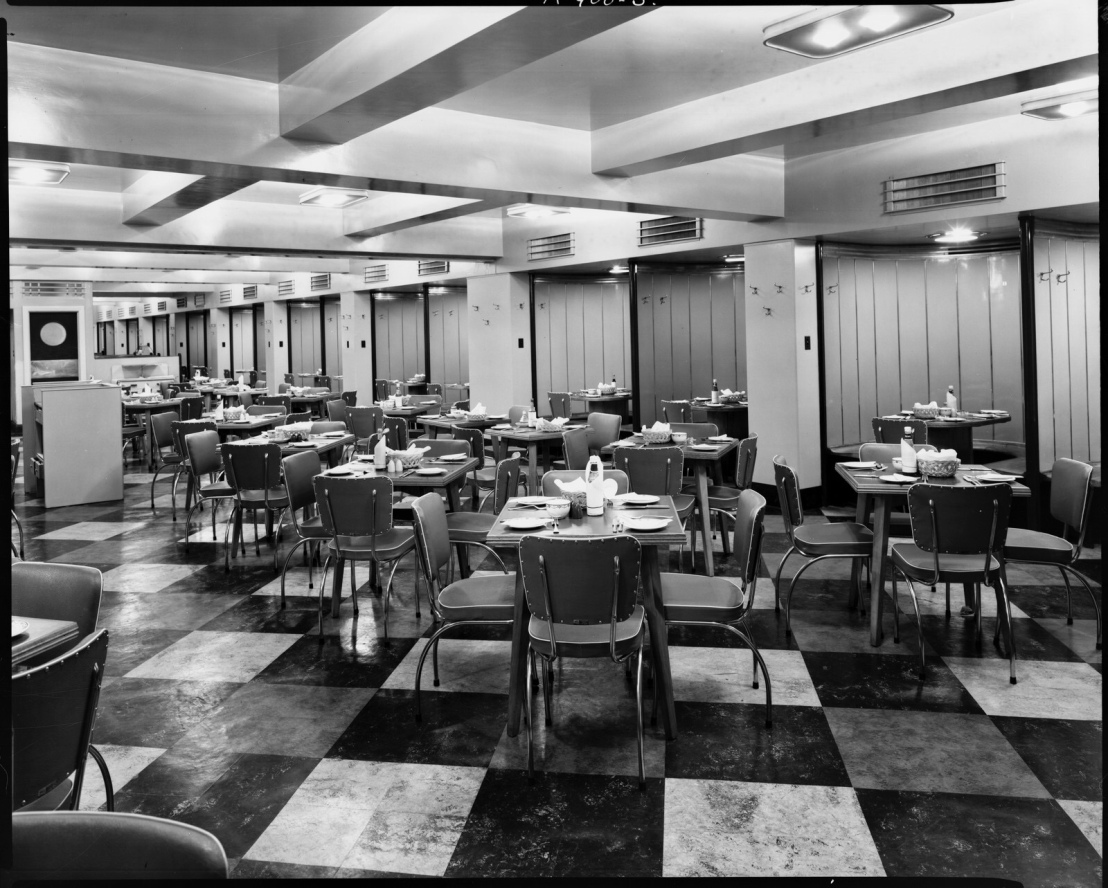