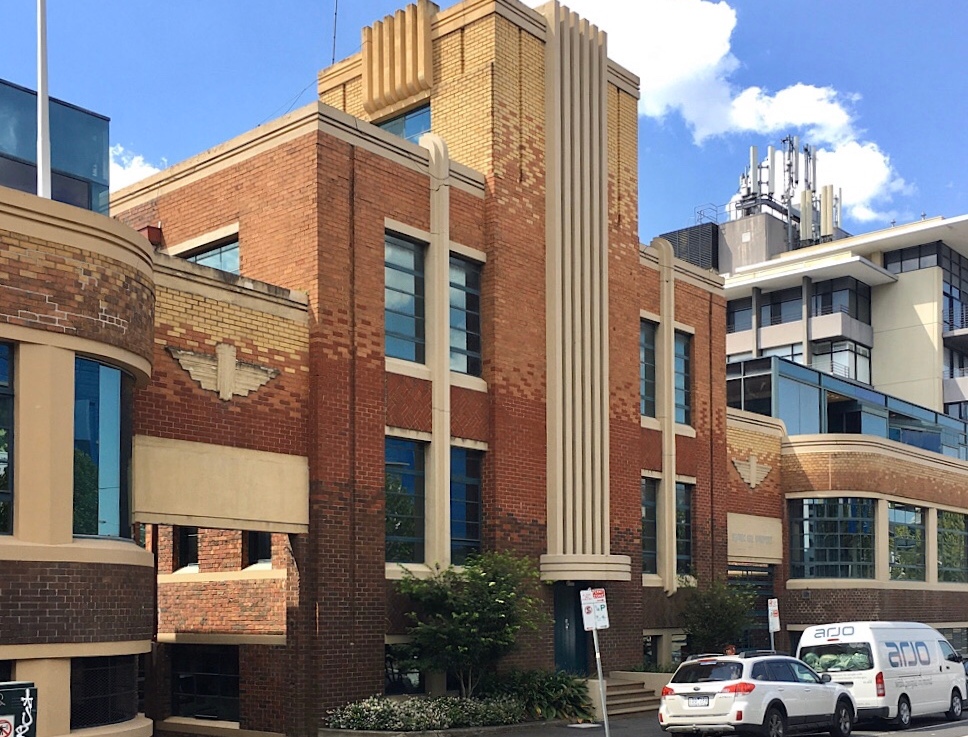 This is the factory next to the factory that the #SkippingGirlSign is on, and I’m very chuffed to have just found via Trove old newspaper searches that this was built in 1938, and the architects were #AlderAndLacey. Even though I helped get the sign on the Heritage Register, nobody ever worked out when it was built or who the architect was ! No Trove back then. Though actually still a bit uncertain cos the article I found is about this but not the other bit which is the same style, so must be a later extension, possibly very soon after.

Great brickwork, the only other example of graded coloured bricks in Melbs is the 1931-4 #HealyWing of St Vincent’s (which is like only 2 miles away on the same street!). Guess they were inspired by that, though the #bricky doing the right hand tower pier didn’t do a great job going from red to cream. Thanks to @jdflemington Ive learned recently that Adler & Lacey were a fairly prolific firm doing lots of 30s #ArtDecoFactory’s, but this is the best I think. Nice to see the great entry gate, the wing motif, and the #steelframedwindows all original. This main building (in 3 parts) was built for Handley & Co, a firm that did watch cases (?!), and aluminium plating, as well as the #CrusaderPlate electro-plated silverware brand.

My great uncle Jack Benjamin was the manager of Crusader Plate, and Kim took me in to look around in the 80s before they closed due to rising costs of hazardous waste disposal. I just remember huge loud stamping machines churning out what looked like metal dog bowls. This part of the factory is now apartments. 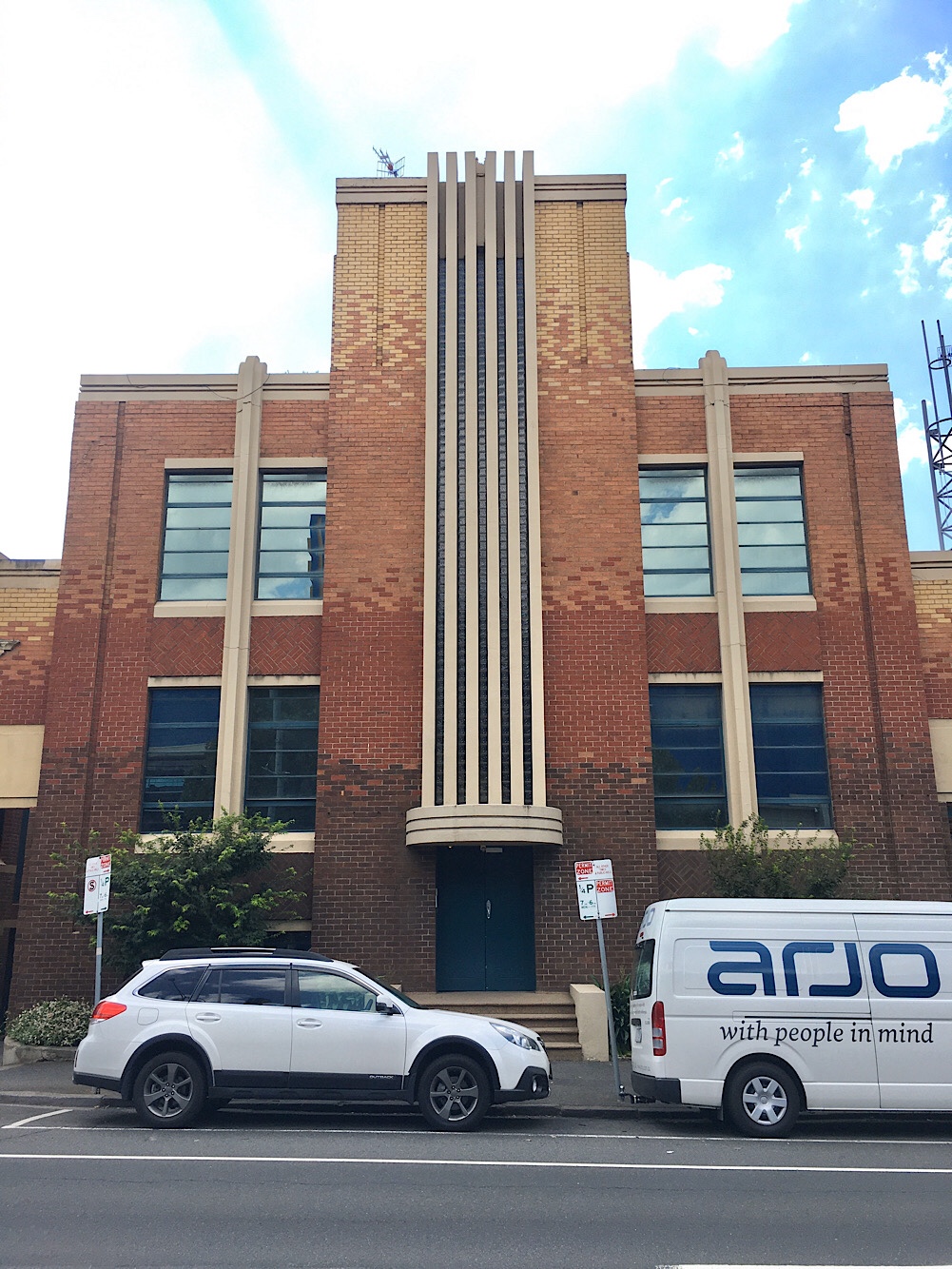 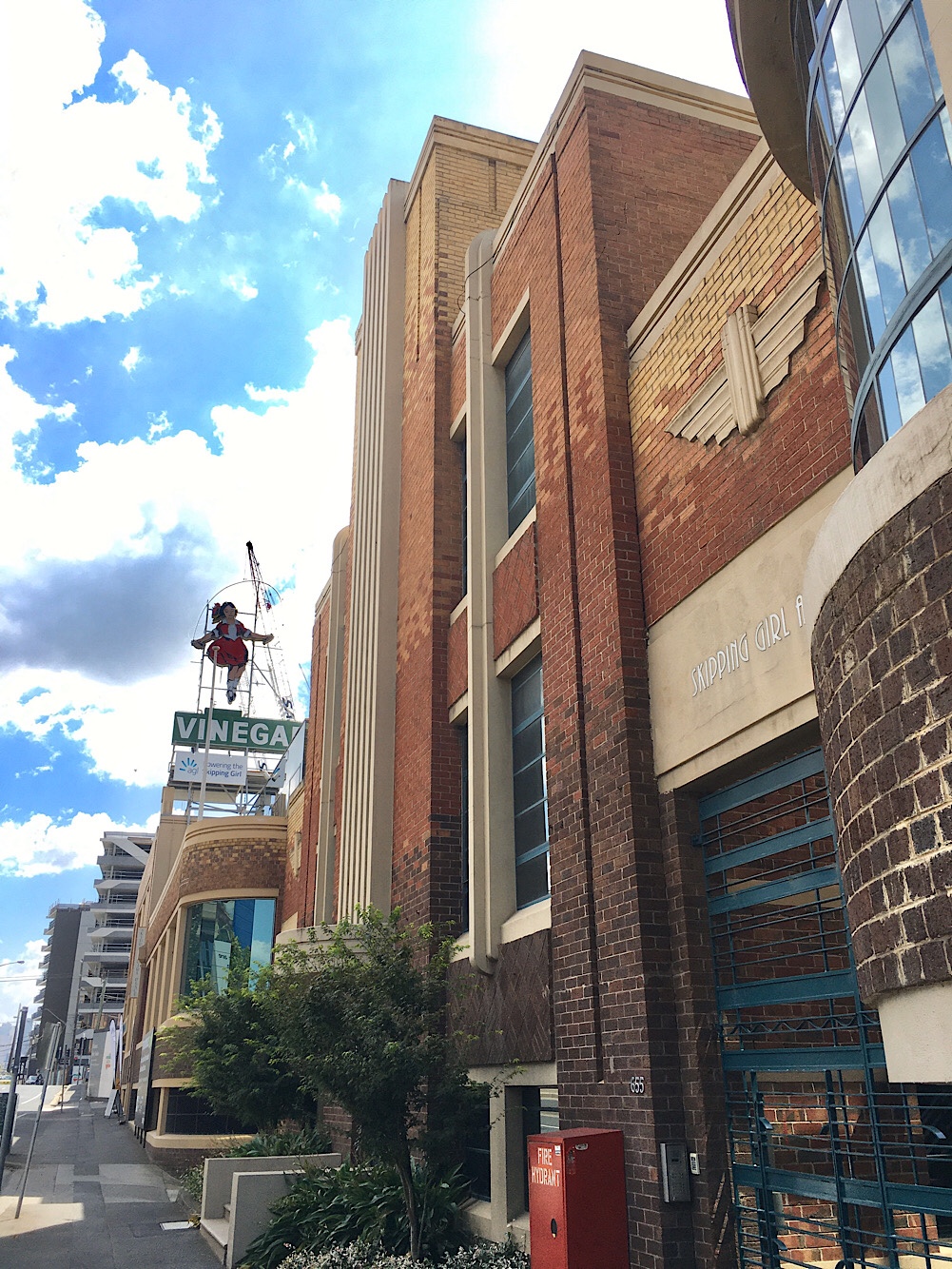 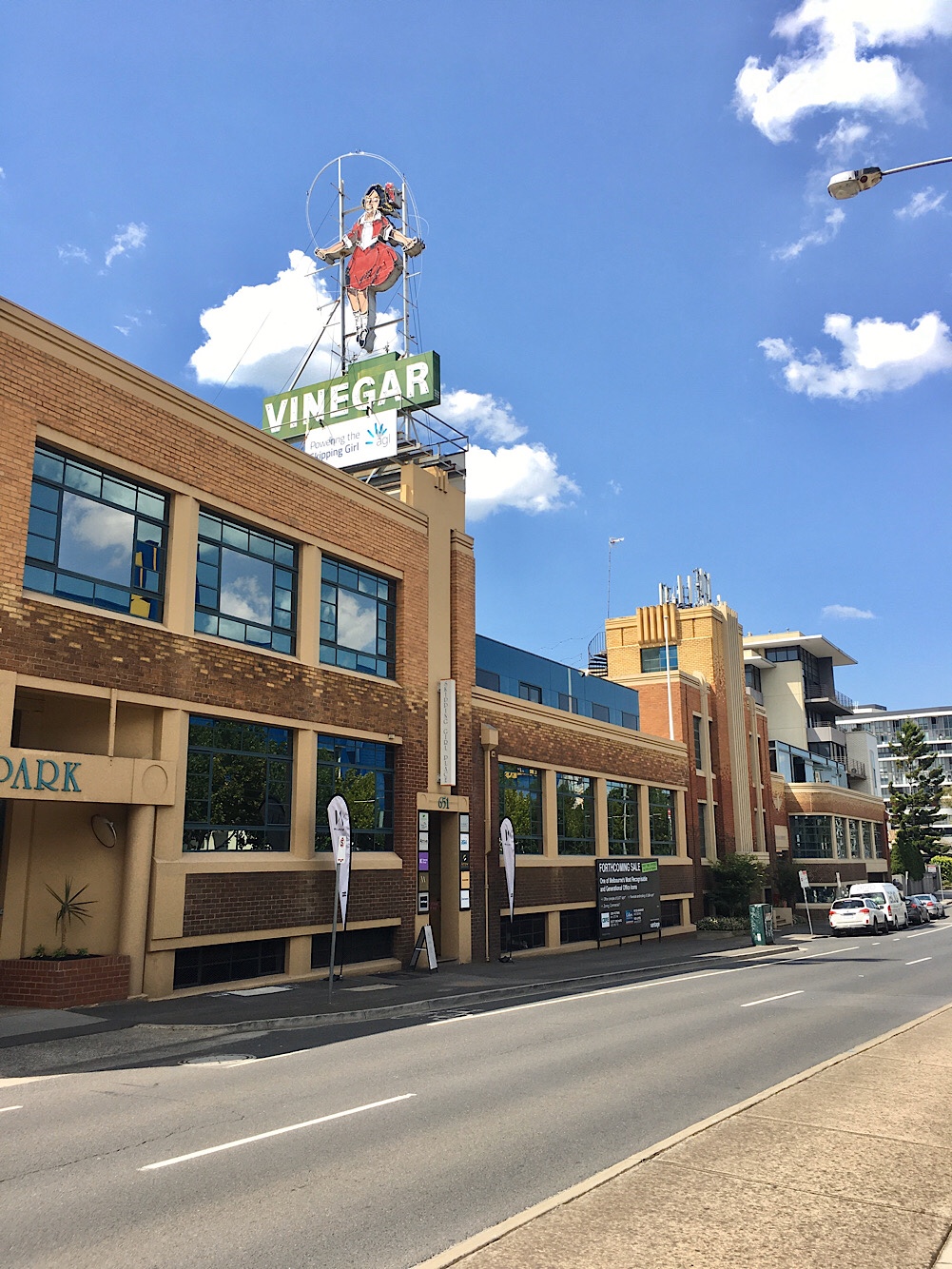 Just discovered the possible source for the #gradedbrickwork on the #SkippingGirlSign building (#CrusaderPlate, 1938, #AlderAndLacey) in #Abbotsford – #55CentralParkWest was built in 1929 and features at least 5 different brick colours, with the grading happening every third or more levels. It was designed by #SchwartzAndGross, and is better known as the #GhostbustersBuilding, with a painted temple on top. The top is pretty amazing, rather German #BrickExpressionist I think, or as they call it #backsteinexpressionismus, which I just can’t get enough of. 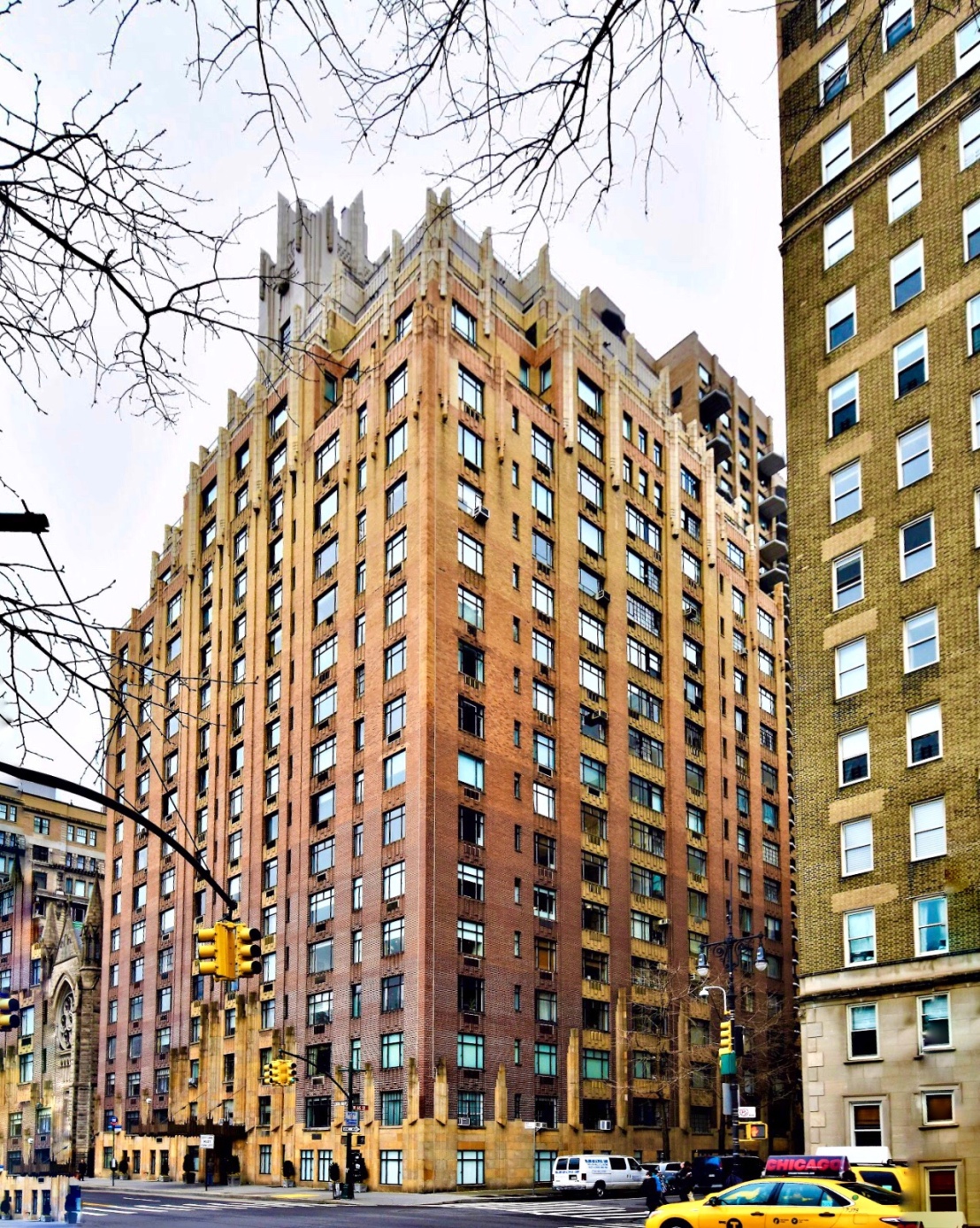