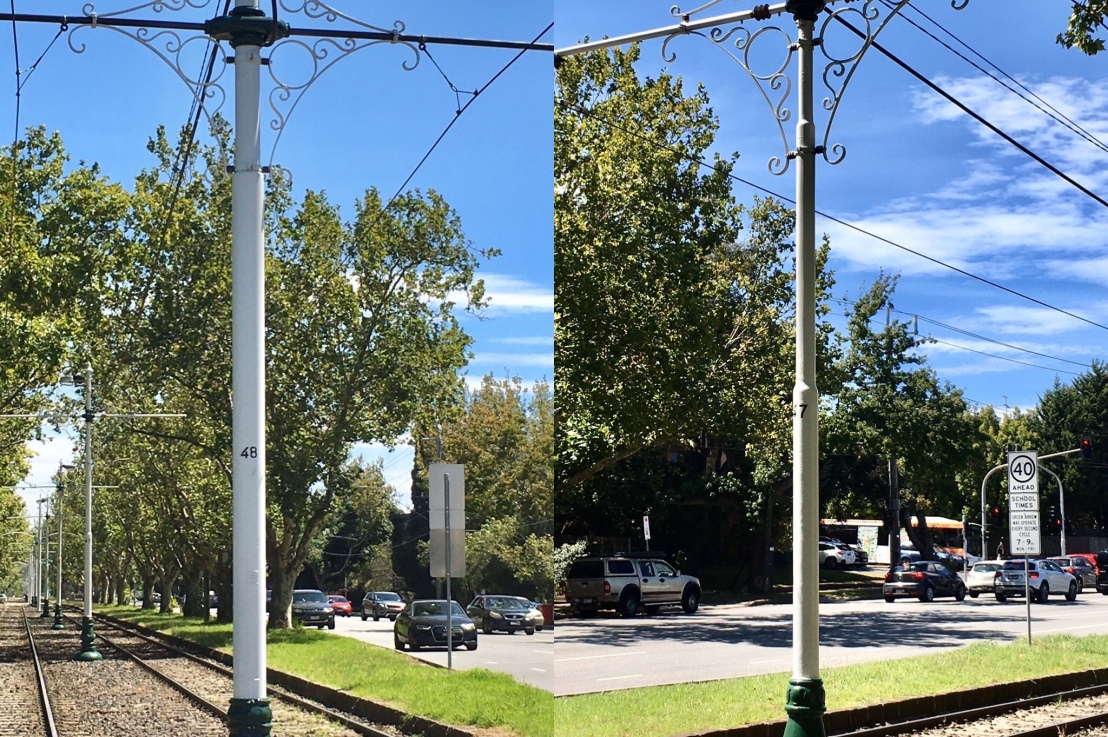 Can you spot the difference? The one on the left is a thicker new one, with what looks like a plastic base and relocated curly bits, doesn’t look hugely different but irl it does, it’s a bit clunky. The delightful curly #trampoles in #DandenongRoad were put up in 1911 when electric tram service first came through here, built by the municipal #PrahranAndMalvernTramwayTrust, later taken over by the #MandMTB. I saw some concern recently that maybe they were being replaced with poor replicas, and from what I can work out, yes at least this one, at the Orrong Rd intersection, is new, streetview shows the new next to the original. I don’t know why on earth they would do this, but the tram engineers have never liked the #tramploes, in fact they were nearly pulled them all out in the 90s (that’s my old boss at the @nationaltrustvic in 1993 from @heraldsunphoto_retro); they compromised with isolators put between the curls and the poles. But near intersections and stops many of the poles are new, maybe replaced before the 90s, not sure, or maybe they’re sneaking them in one by one ! I will ask #HeritageVictoria what’s going on, but might take a while to get an answer. 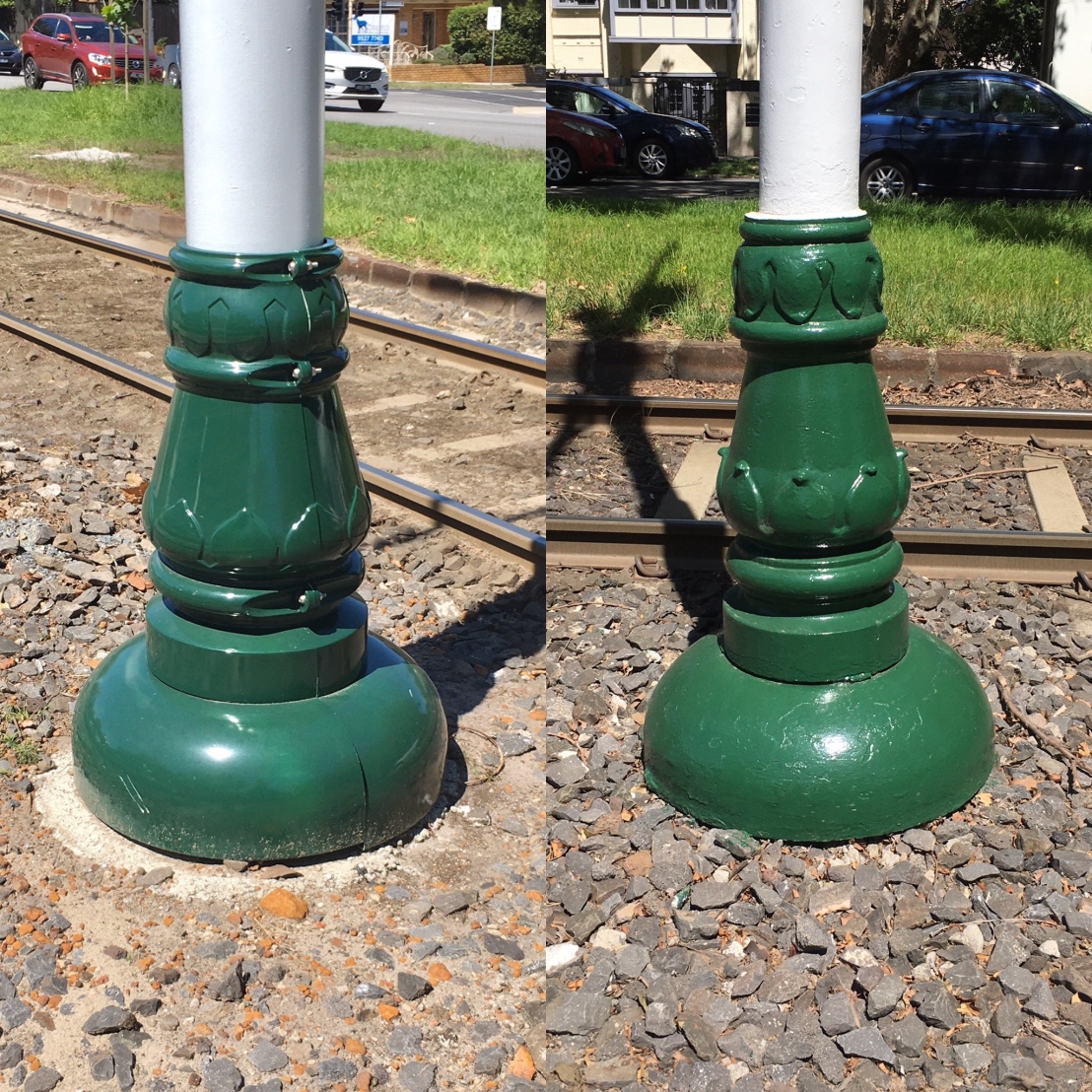 😮 I was just shown this bit of engineering #tomfoolery, don’t know why I didn’t notice before – new #trampoles with modern arms, and then they just stuck the original 1920s curly arms back on, quite disconnected from their function. Apparently this happened about 4 years ago, when they also replaced all the poles in #FitzroyStreetStKilda between Canterbury Rd and the beach with (regulation?) thicker ones, mostly with the arms put back properly, but also with new bases to suite the thicker diameter, in two parts (cast aluminium?) bolted together (!). The originals were integral to the poles I suppose. Now you might say it’s just in case cars run into them, but these are where the track has been raised and cars don’t get close, and the rest of Fitzroy St, where cars can hit them, they’re still the originals ! I hope to find out the reasoning from #heritagevictoria, but I can’t help thinking that surely if they have to be stronger, then you know some kind of high strength steel but the sane diameter must be possible. 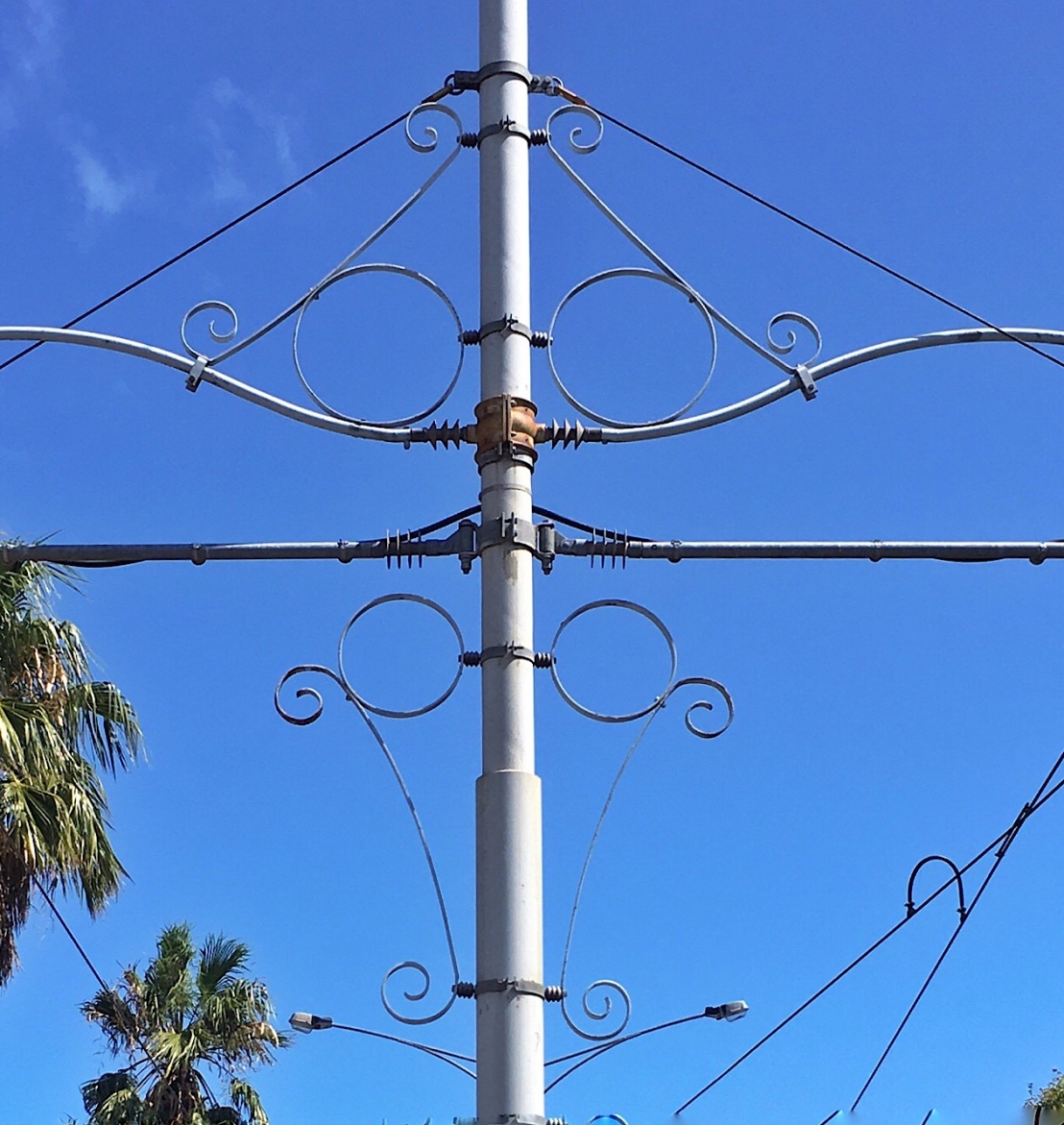 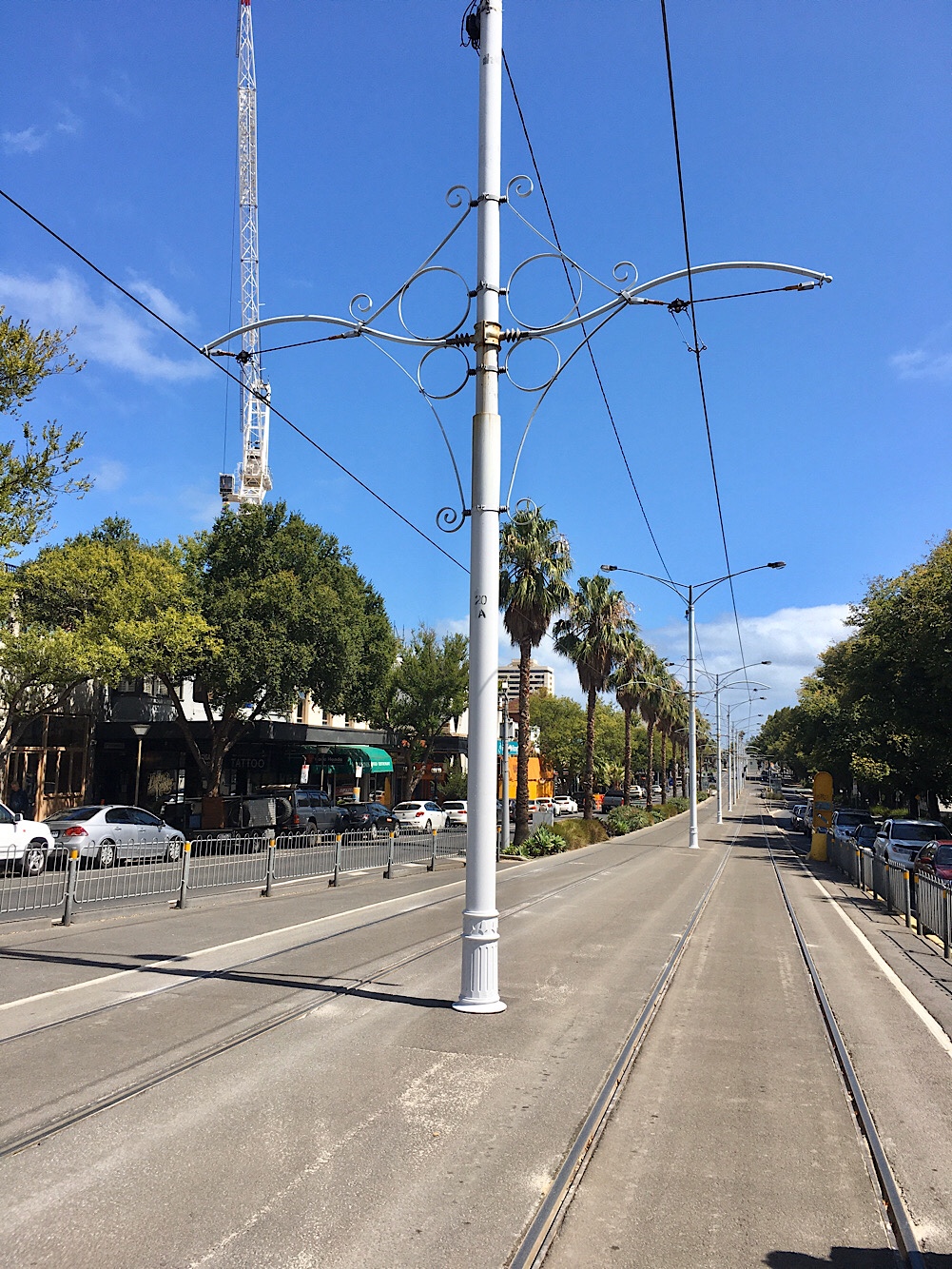 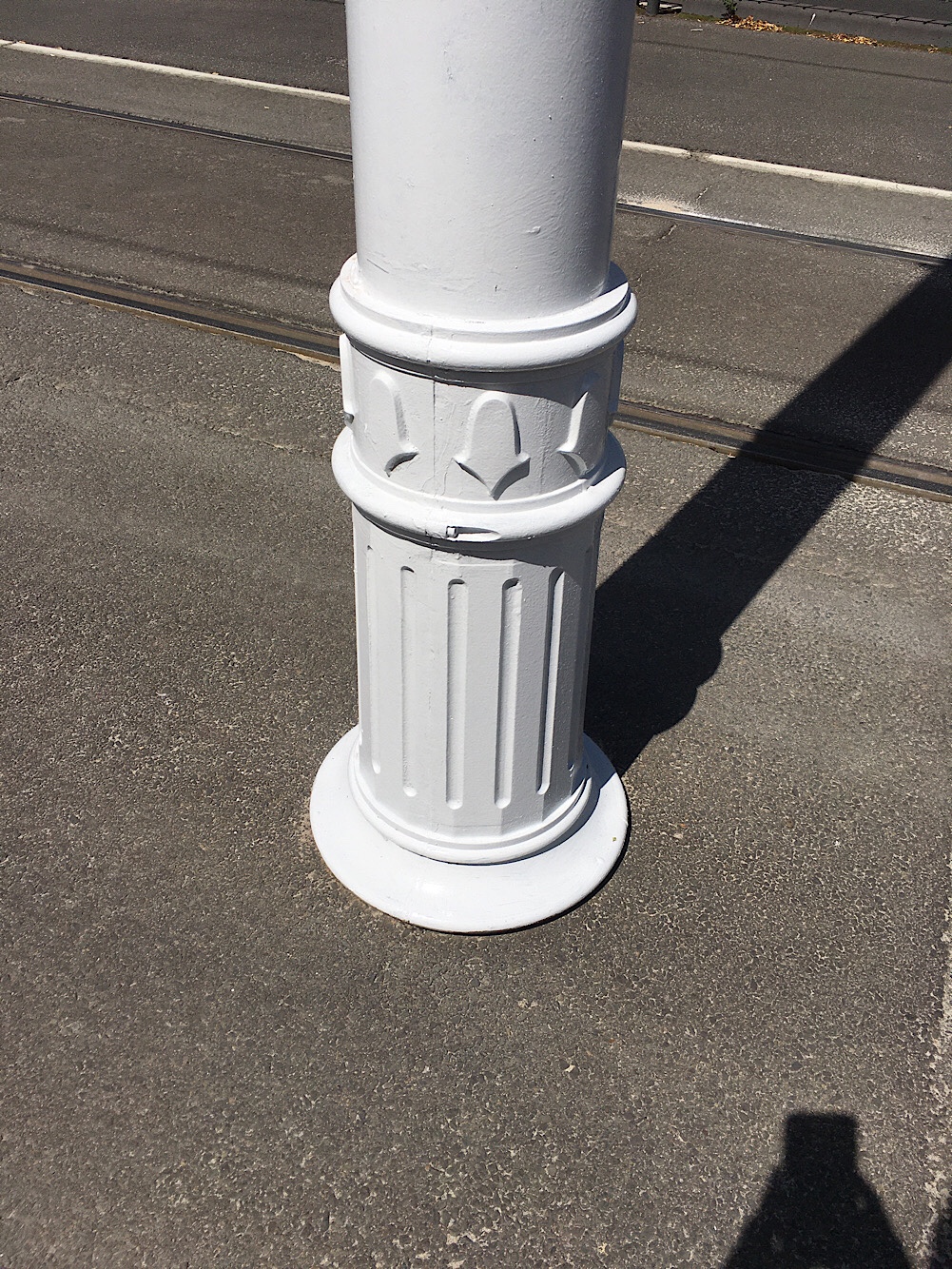