During the Spanish Flu pandemic in 1918-19 in Australia, face masks were compulsory for a while ! And so many things sound the same – first international quarantine, then the states ignored the federal govt, went their own ways, abd closed their borders “as naturally the clean States could not be expected to continue communications with the infected.”, Queensland made travellers cool their heels in Tenterfield, in tents, (but it was too late), theatres, cinemas and dance halls closed, some schools closed, others didn’t, and the Sydney Easter Show was called off; in Melbs the Exhibition Buildings was turned into a huge hospital; and there are some things we should perhaps expect – it came in waves,”.. in the autumn of 1919, with state governments lifting some restrictions…. it came to life again and carried off many Australians with it.” Doesn’t sound like they practiced social isolation, relying on masks and maybe gloves. Ultimately 15,000 Australians died, seems it had a death rate of up to 2.5%, more than twice COVID19 (though perhaps they didn’t count all cases?), and of course they didn’t have respirators; it hit working-age men most seriously because they were more likely than others to have multiple social contacts. Vulnerable communities such as Indigenous people were very badly affected. And it wasn’t over for 12 months. Info from an article in The Conversation. 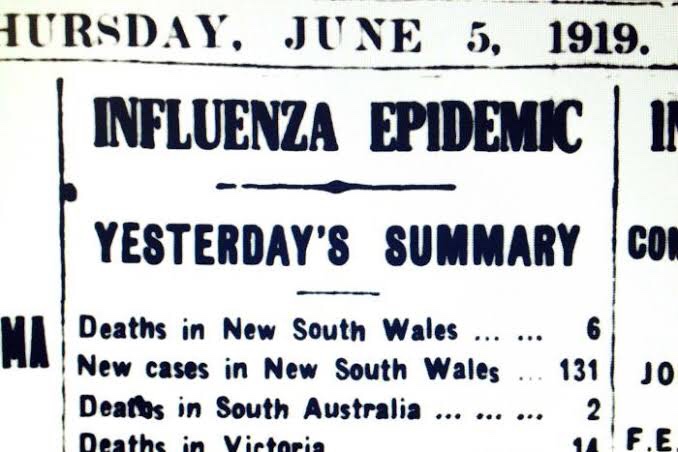 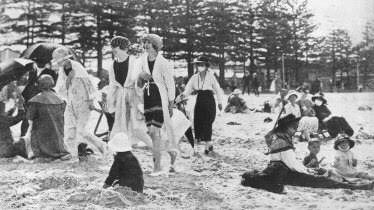 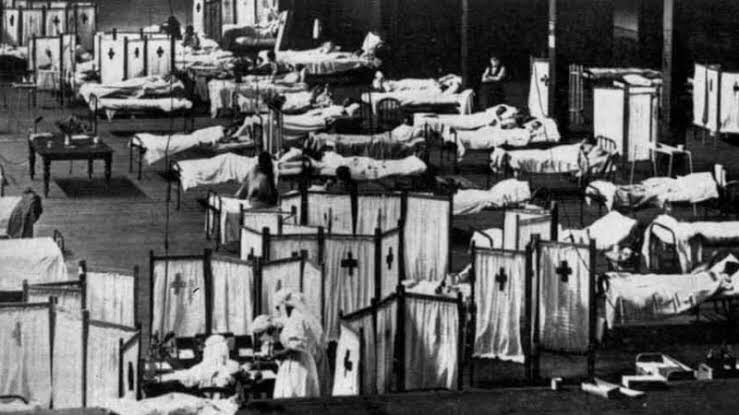