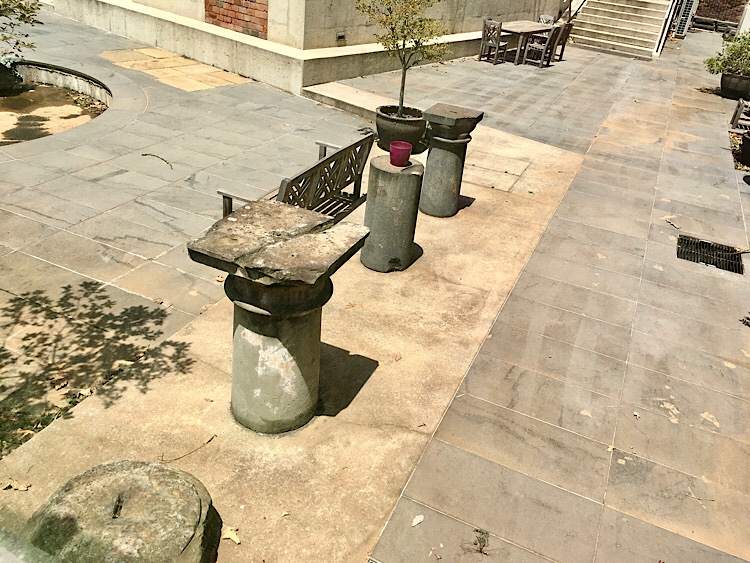 The random bits of #columns in the sunken courtyard at the back of the #collegeofsurgeons in Spring Street were discovered when they were digging it out in c2005 for new wings – they’re all that’s left of the the ‘model school’ that was built there in 1854, designed by #FMWhite. Looks like it got extra wings later, and there was a portico on the west side where think columns like these might have come from. Not exactly sure what a model school was, but think perhaps a state funded one when they were reasonably rare. After 1905 it became a state high school, one of the first, with the boys moving out to Melb Boys High in 1927, and he girls to Macrob in 1934, and then it was demolished. 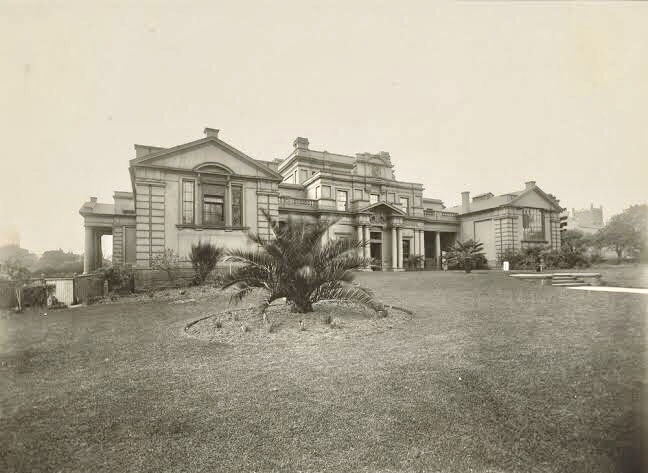