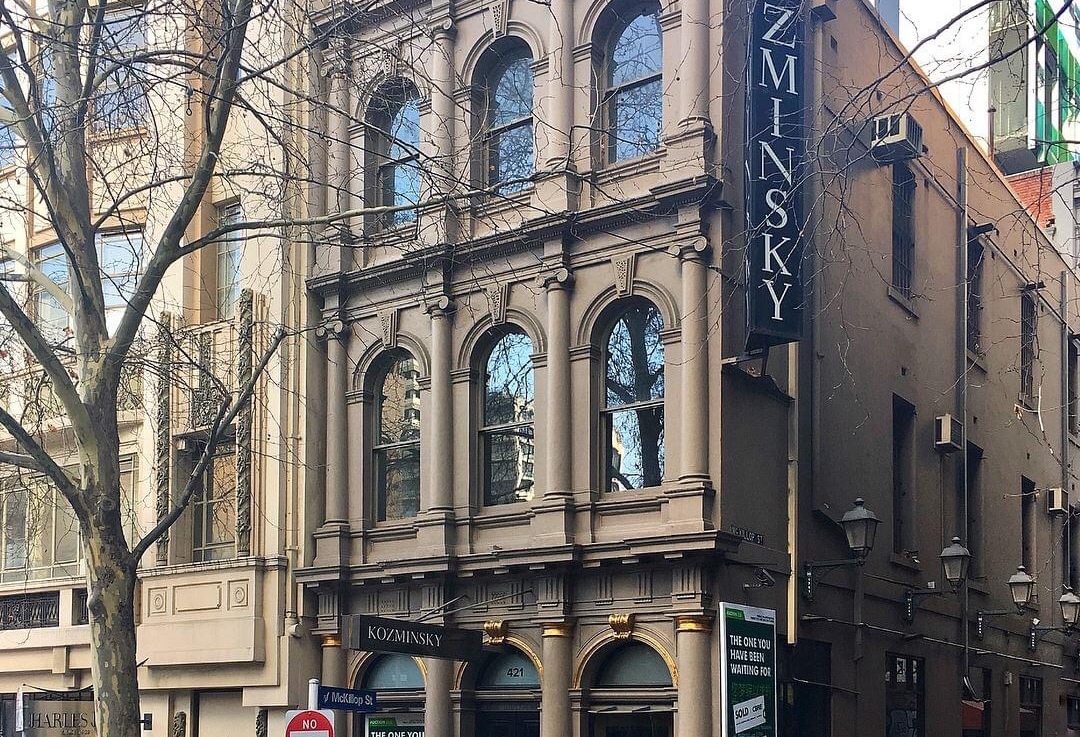 So for ages this was #kozminskis; they left in 2017, and now it’s going to be the #HopetounTeaRooms (someone bought the name), a rival to the original, to be renamed #thetearoom1892, which is already operating. This photo from April 2018, here’s what I said then : Beaut highly articulated facade, might even say #arcuated and #trabeated, of #Kozminsky jewellers, established 1853, and said to be Melbourne’s oldest retail business. They didn’t start here though; this building first plain bluestone 1859, then the #stucco #renaissancerevival facade added 1869, and matching top floor added 1919. Kozminsky here from c1976 to 2017, when they sold it the Gianarelli family for $7mill, and moved to the first floor of the old Mecantile Bank at 349 Collins. Ps the new name of the old Hopetoun is incorrect – it didn’t start in 1892, it was 1896, and had nothing to do with Lady Hopetoun (apart from the name) or the ladies association tearoom as often reported, that was separate – they were both in the arcade at the same time.