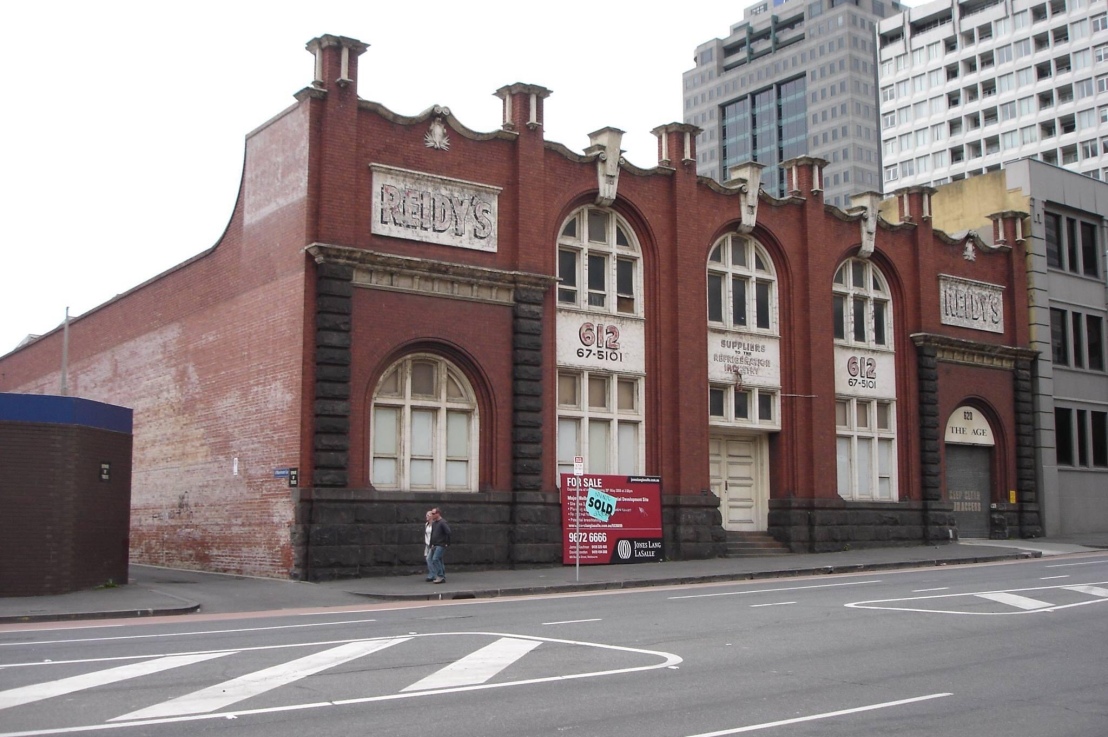 A glaring example of facadism, where only the front wall and short bit of side wall was retained, and then the dominated by the black box of the carpark levels – this got a permit way back in 2010 from Justin Madden, though a second design delayed starting and it is only now being finished off.

Built as Reidy’s warehouse in 1911, some earlier parts, rear facades, and a laneway were lost as well. The new regulations might not have made for a lower tower, but the upcoming heritage guidelines might more importantly saved more of the building. 2021 update – the new guidelines only approved last year ! Would have saved the front 10 meters, which was an office front, and maybe rear facade. First photo is 2011. It currently looks terrible because the side view is open, not quite so bad from the front. Laneway facade is partly made out of recycled bricks. Another very uninspiring design from #CentralEquity (though by comparison with more recent apartments, they’re quite spacious!)