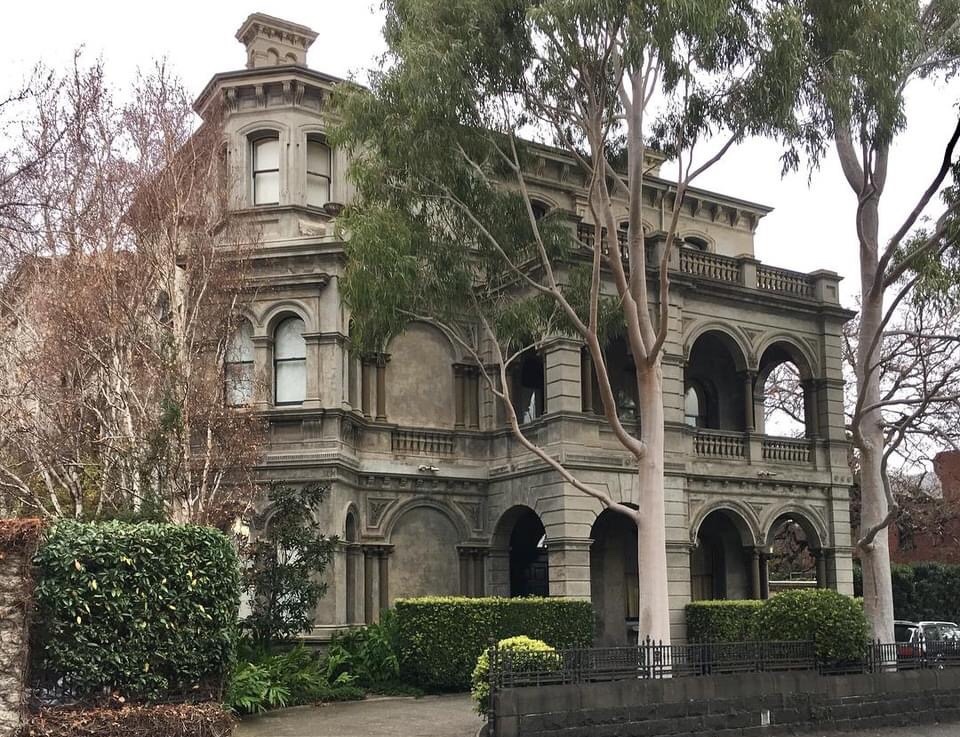 #Torloisk, an 1883 #RenaissanceRevival #MelbourneMansion squeezed onto a relatively small corner block in #EastMelbourne, trying to address both streets and the corner all at the same time, areas of blank wall, blind arches, a rather odd end result. Not the best thing #TwentymanandAskew ever did. After years of being a hospital/nurses home called St Ives, at some point the rear wing guy another level, the turret came off, and in the 30s a large addition took up most of the north garden. Sold in 1990, the Myer family that bought it demolished the 30s wing and restored the side arcade, but not the elaboration over the stair windows. And now there too many #damnedtrees on the north side.