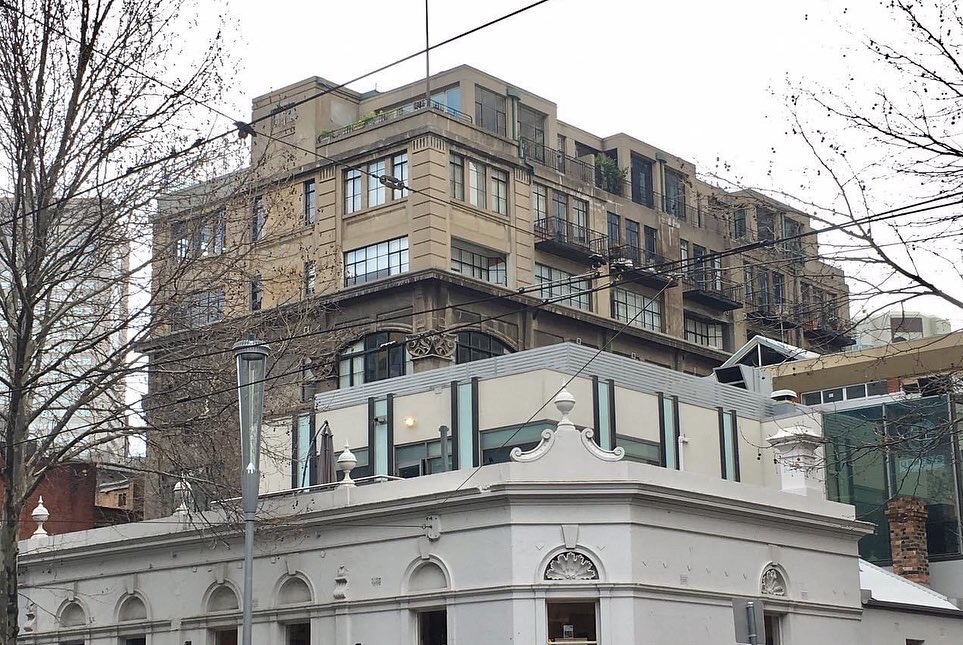 Looming up behind the #SwanstonStreet shops at Little Lon is this beast, in Drewery Lane, a landmark related to cigarettes, concrete, and Melbs Jewish history to boot. Built in 1910 as another part of the #SnidersAndAbraham Tobacco empire, where they already had two others next to this one. Built using the Turner ‘Mushroom’ conc system, named cos it involved thin slabs and big octagonal mushroom-head columns. Designer was Hugh Ralston Crawford, who gave it a flourish with those Celtic /Art Nouveu capitals. The top floors were added in 1938, and another added in 1995 when it was an early residential conversion. I knew about it early and was tempted, but glad I didn’t buy one cos they were (then) overpriced, and I’m sure the city is even more noisy than it was in the late 90s.

2021 update : the apartments actually look great, though the columns are all only partly visible, but the whole, very high, ceiling is; they’re especially good compared to all the minimum size cbd high rise apartments.