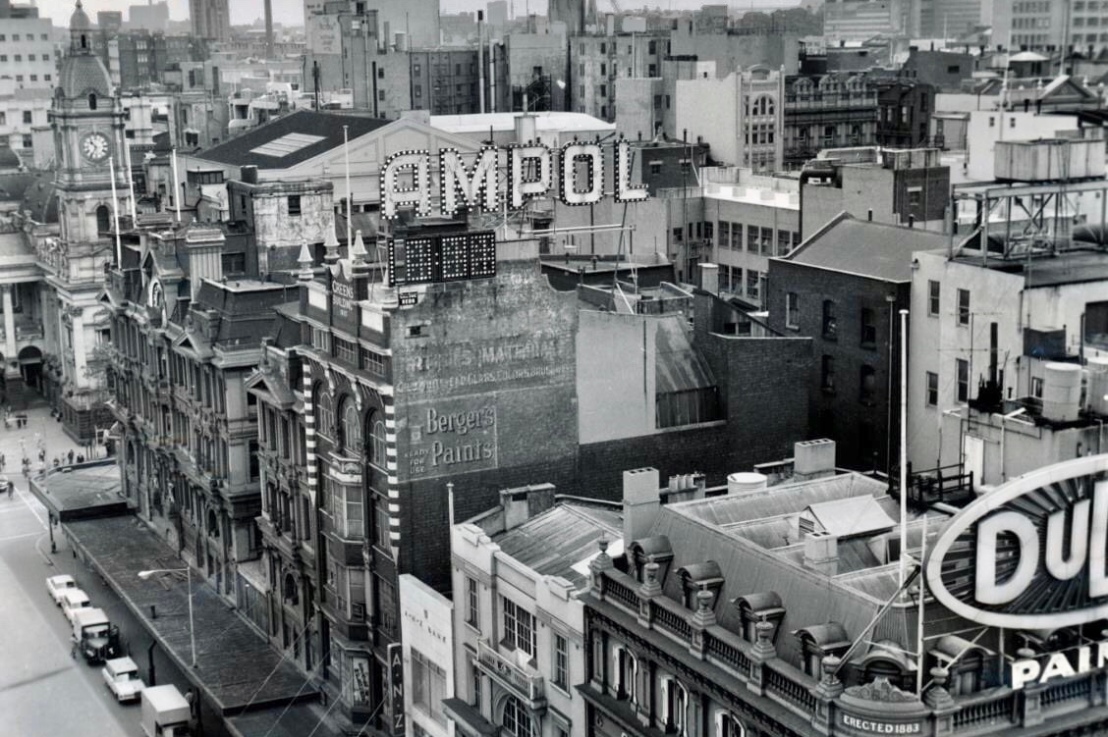 A short survey of what was lost for the #melbournecitysquare – and before sounding off at @cityofmelbourne, note that the wonderful Victoria Buildings and #QueensWalkArcade on the corner were bought, and demolished by a developer in 1966, and it was only then Council decided to buy it and put the much talked about city square here- if they hadn’t, we’d probably have a 60s skyscraper there. Council then over the next 5 or so years bought and demolished the rest, about a dozen buildings altogether. From the Victorian Cathedral Hotel, to the Edwardian Greens Building (with AMPOL sign on top), and the Art Deco Wentworth Building next to the Regent, which had the Regent Place laneway next to it, where Tim The Toyman was (so I’m told). So a rather dense and much used part of the city became the rather open and less used city square by 1980, deemed a failure, rebuilt 1997-2000, and that one demolished in 2017 for the Melb Metro, does anyone miss it ? I mean the trees and grass along Swanston Street were nice, but the rest of it ? Do we need it, now we’ve got Fed Square ? Maybe we should rebuild all that was lost. 🤓