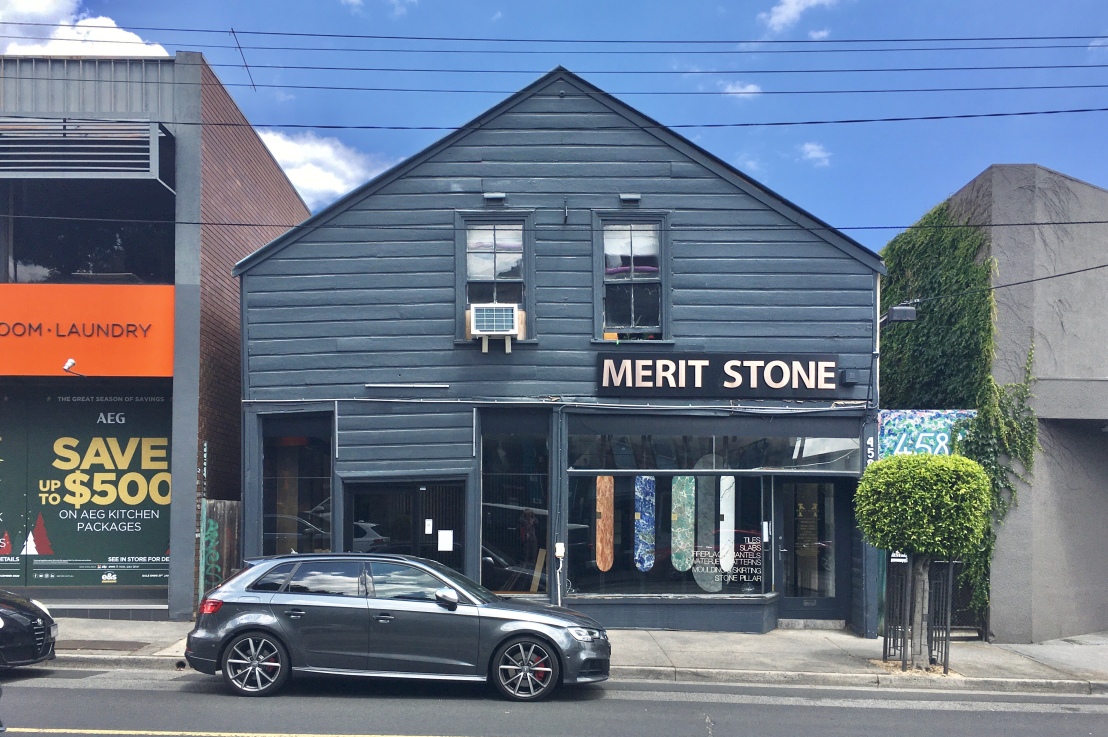 An amazing survivor at 458 High Street Prahran; a simple weatherboard shop/house, it might be as late as 1890s, or judging by the multi-pane windows on the front and sides, as early as the 1850s. It’s heritage listed by the @stonningtoncitycouncil, but no date of construction is noted. The earliest newspaper reference I could find was 1899, when James Bullock the grocer died there. Later references imply it was a house rather than a shop, but could have been both, and apparently it had a verandah in 1899. There’s a big brick stable behind that’s now offices and actually bigger than the front part. It’s a pretty uncommon kind of building for Melbourne, where two storey timber shops are rare, and designed like a big stable rarer still (I don’t know of any others). Found a photo from 2010 when it was a much nicer colour, and had old doors too. It was Graham Geddes antiques back then. Update : a relative of Janes Bullock tells me that they were definitely there in 1879, and may have built it, probably a bit earlier than that.