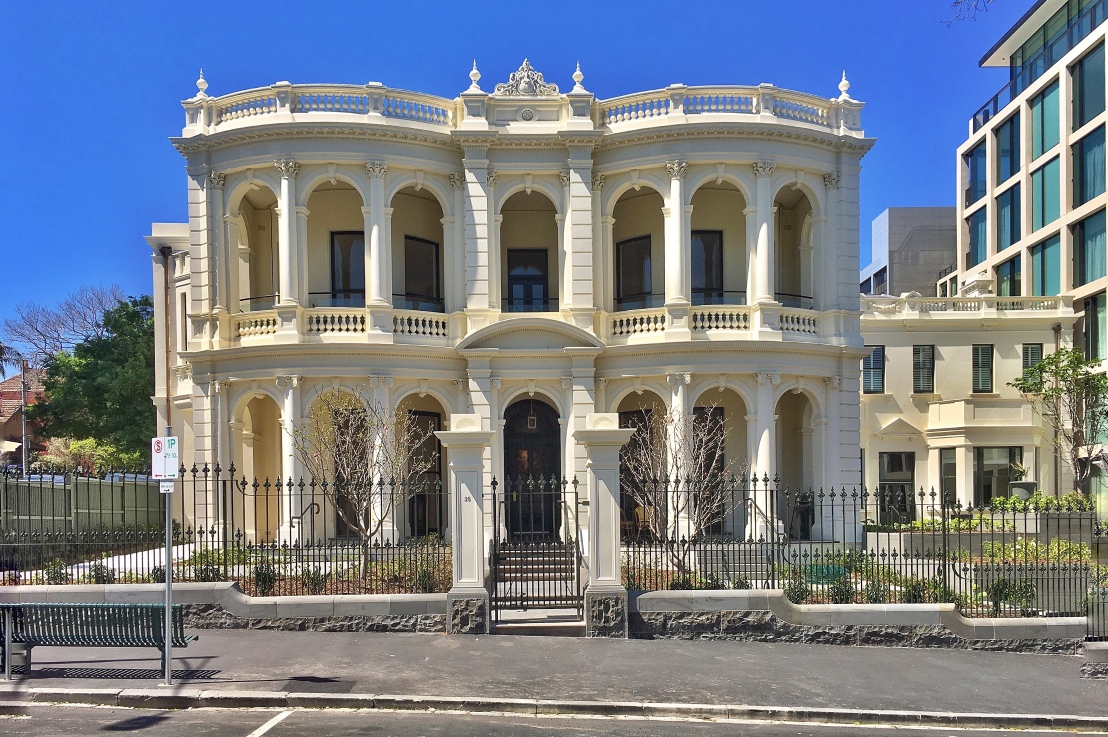 #Mosspennoch, #EastMelbourne, looking fine now that it’s all restored and subdivided neatly into mansion flats; my first pic is from 2015 when it was still just empty as it had been for 20 years.

They built a mid rise block of flats (by #BatesSmart) in what was garden but, after wanting to knock it down, left the 1890 ballroom wing and in fact restored it including the Edwardian alterations.

Built in 1881, it was designed by #CharlesWebb, who pretty much recycled the bow front design that he used at #MandevilleHall in 1877 – perhaps the owner, solicitor JL Purves, said ‘I want it just like that one’. 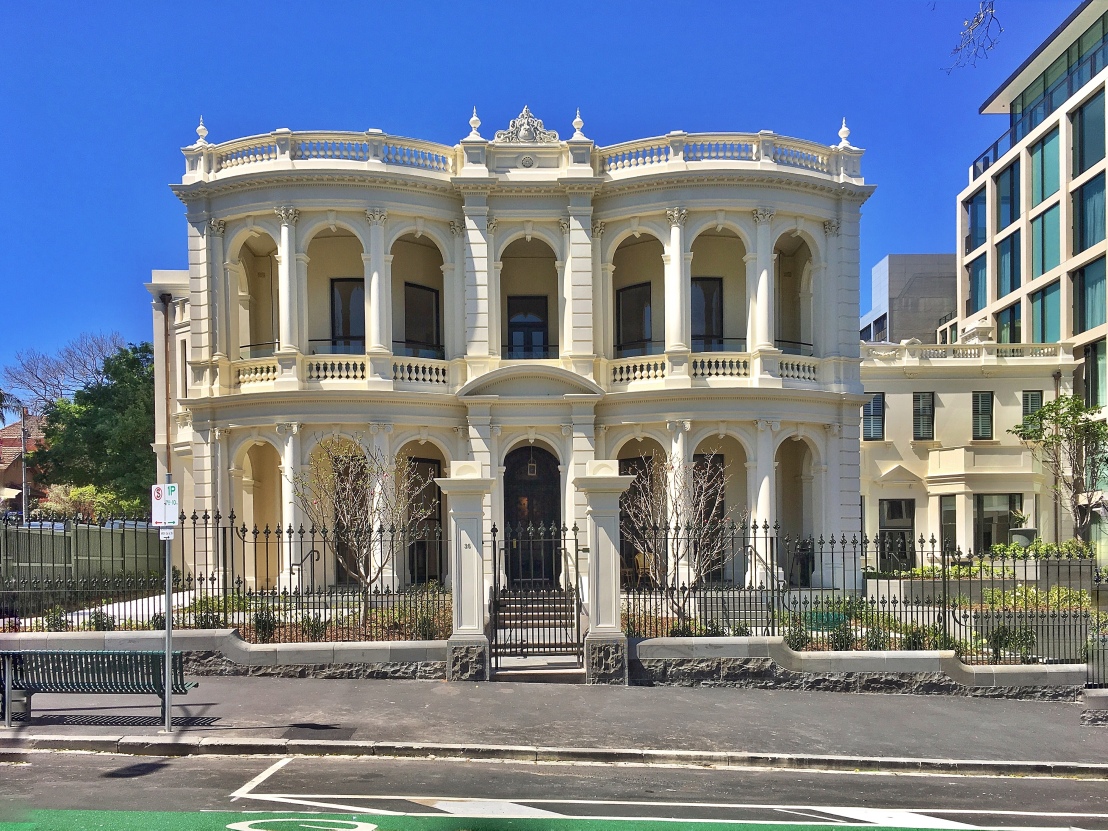 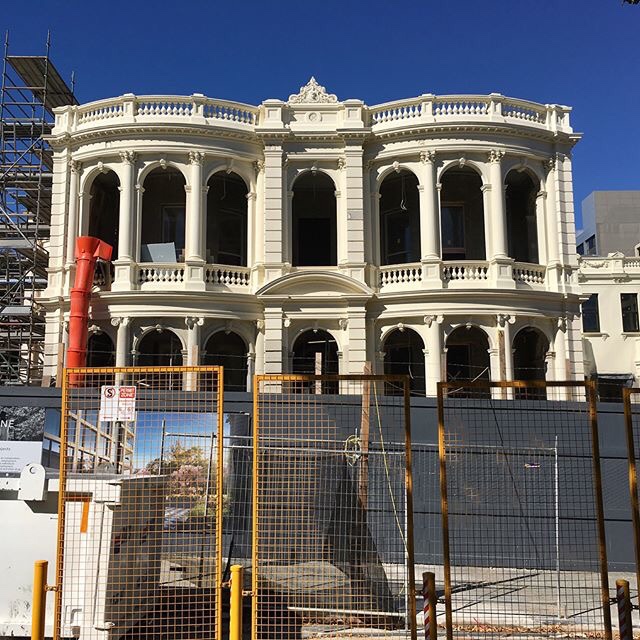 The whitish gridded thing is the Bates Smart block 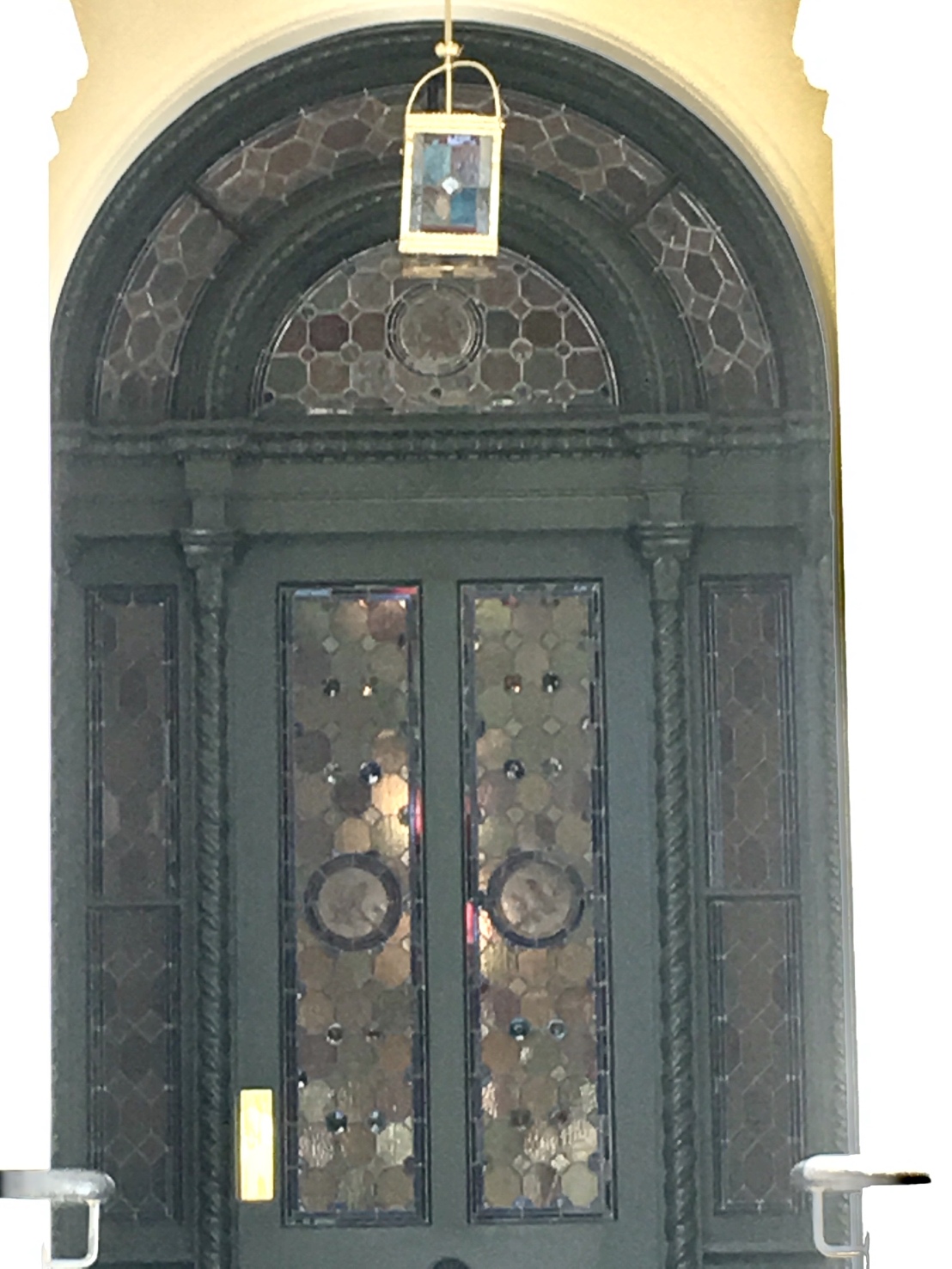 I was sure there were some great huge mantles, but none now it seems, but they did restore a fair amount of great woodwork, and reinstate the fence. Restoration by Lovell Chen, woodwork by Charles Sanderson 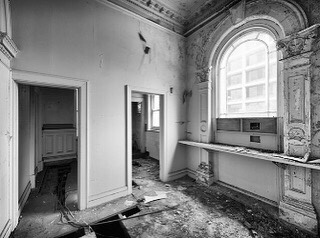 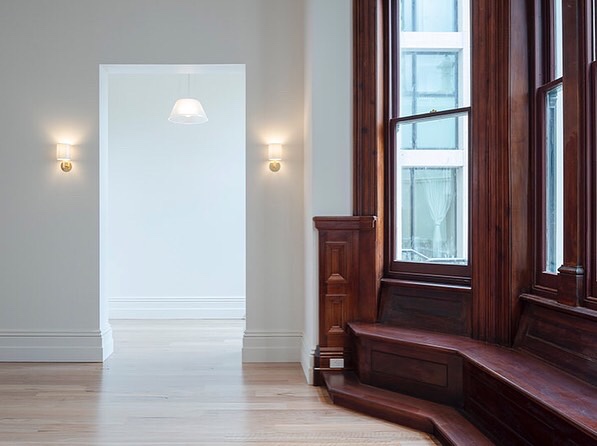 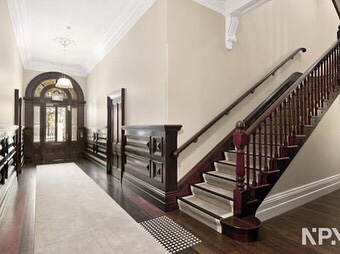