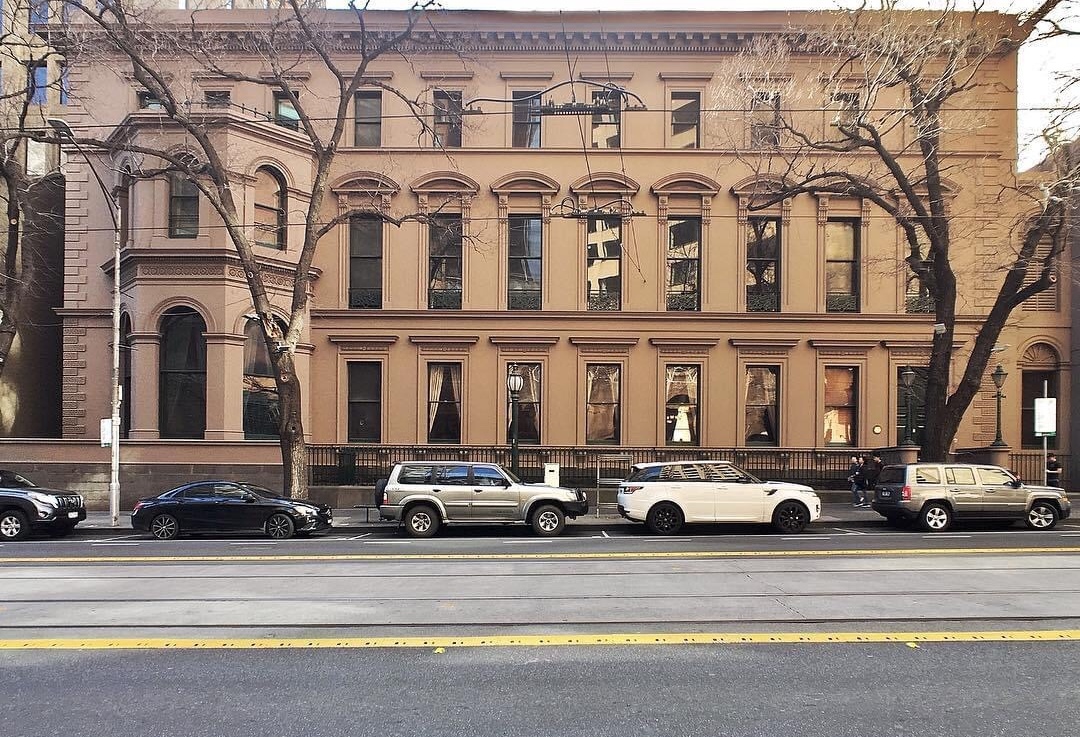 The #MelbourneClub, the first, best, most exclusive club, very much a part of the #highsociety that clustered here in what’s now called the #ParisEnd of #CollinsStreet, once lined with exclusive Drs surgery/townhouses, clubs, and the Masons too. Built in two stages, the first in 1859, designed by #LeonardTerry – swipe to see today’s discovery, a photo before the bay window end was added in 1885 (by #TerryandOakden), with a gigantic dining room inside. Had thought that only the bay was added but one set of windows too, quite seamless. 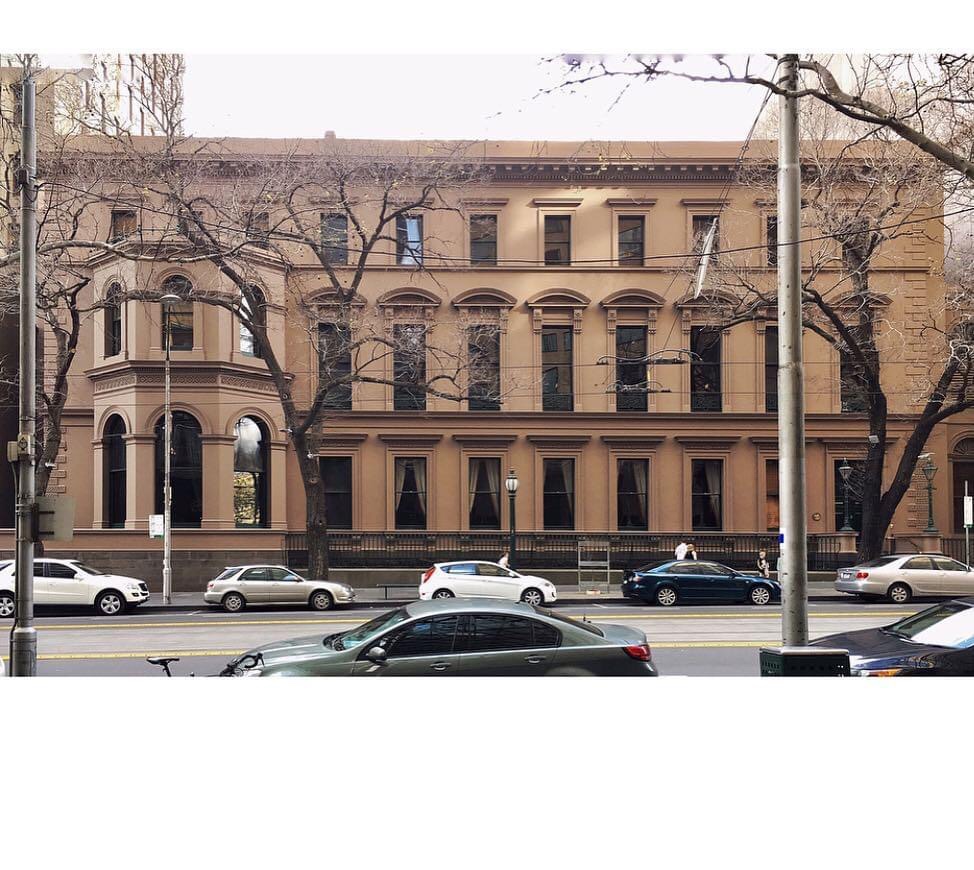 You’ve probably wondered what this mysterious brick thing at the back of the #MelbourneClub is; well I thought it was a squash court, and I’m not quite right -it was actually built as a #RacketsCourt in 1876, a game like but not like #squash, it’s faster and the ball is harder (!) It was never very popular cos it needed huge things like this, the court being twice the size of a #SquashCourt, so mainly clubs and private schools. There’s only maybe a couple of dozen left in use, this one now used for functions.

That great huge wall of the garden of the #MelbourneClub is actually made out of the walls if the #terracehouses that they bought in order to enlarge it in the 1880s – you can see the old windows were just #brickedin ! 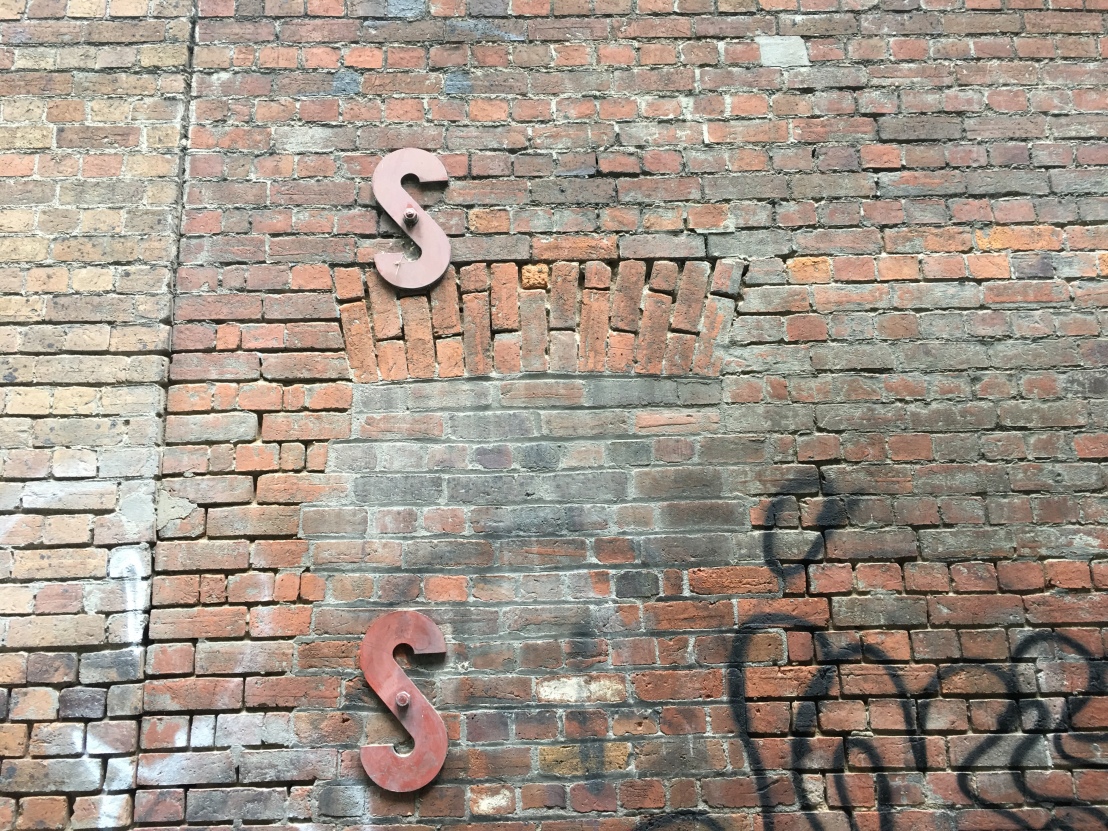