Repost this day 2017: #ACABuilding, 1936, designed by the Sydney architects #HennesseyandHennessey (who did all those matching gothicish #CMLBuilding’s around Australia). Like this one, they’re all built in #BenedictStone, a precast pressed cement product using Brisbane Tuff, a business owned by the Catholic Church, as was this building – ACA stands for Australian Catholic Assurance, an insurance company. Loads of great details, from the fins on top, to the shopfront metalwork, even the escape stair is good. 2021 update : I thought the lifts were original too, but later found a photo and 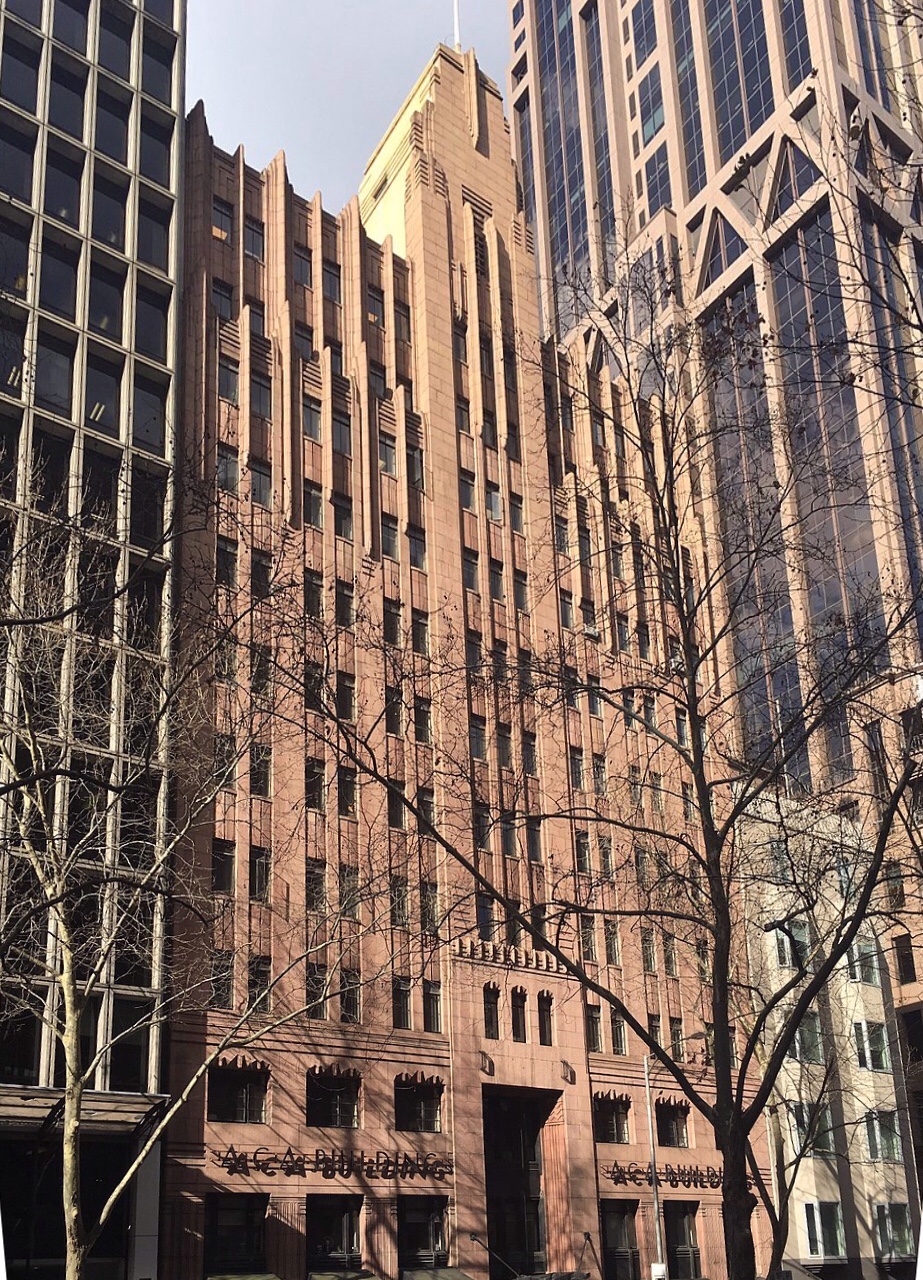 no they were just in the style of, and now changed again.

Just discovered that the #ACAbuilding in Queen Street has a twin in on Sydney ! On Market Street. How did I not know that? Though not exactly a twin. Ours was finished late 1936, the Sydney one earlier that year, both by Sydney architects #HennessyAndHennessy, both pink, vertical, most details the same, but ours more vertical in the end cos narrower (I think – raking light helps) and not on a corner. The lobbies similar, but not as much as the facade. Where did they get that deep black marble ?  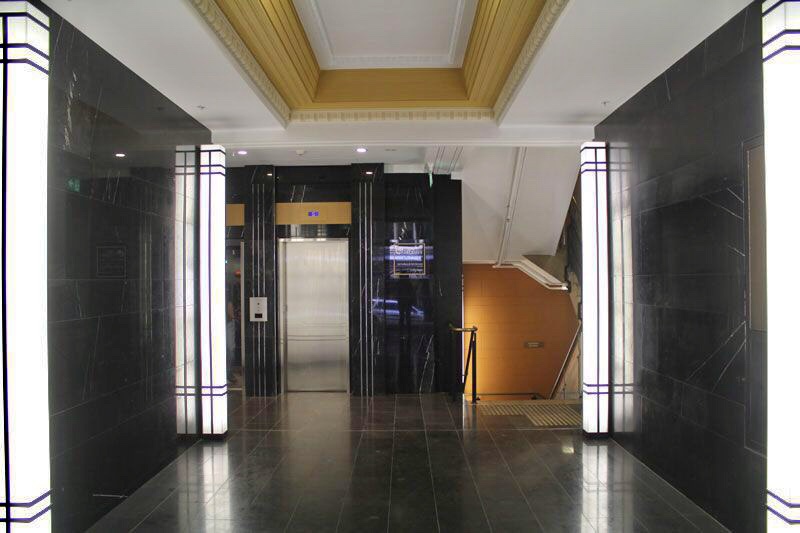 Found a drawing of the #ACAbuilding from 1936; almost matches the photo i took a few years ago, with a bit of #perspectivecorrect.