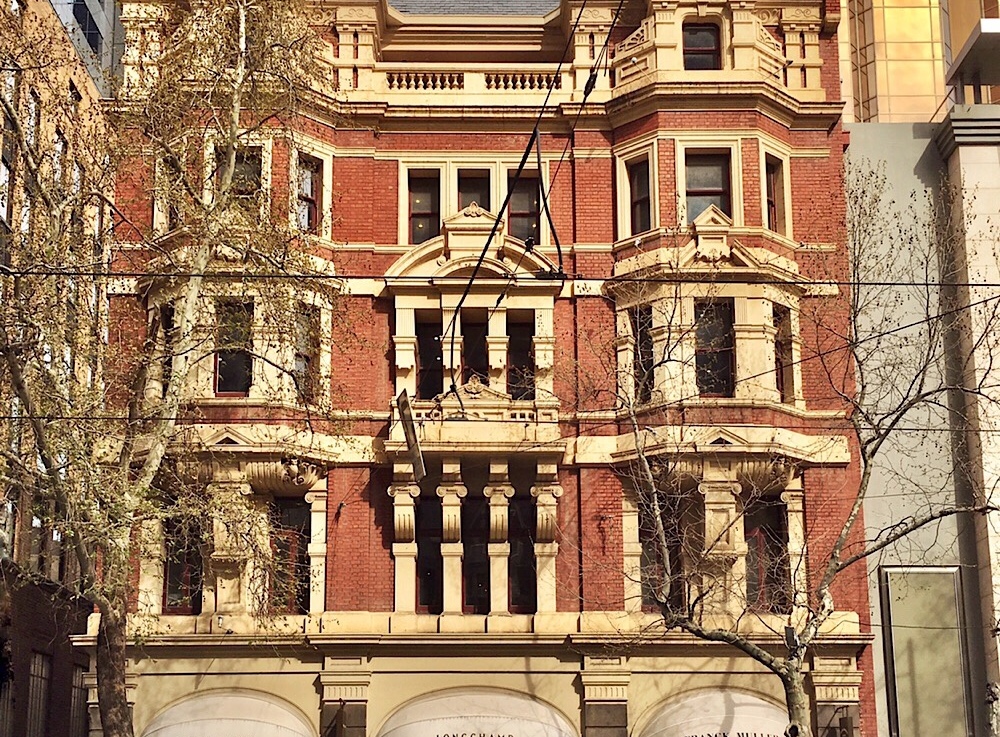 The #AustralBuilding, 1890, #NahumBarnet, in #CollinsStreet, always worth a shot (in winter). I like the way name, being all Australian, is a bit at odds with the style, straight from #RichardNormanShaw #QueenAnne revival / #FlemishRenaissance in London, but like 15 years later. Apparently it was a pretty arty place for ages, back when arty was something only well off people could afford to do. It had a studio up the top rear for practicing artists. Also: “During the 1890s and later the building was the headquarters of the Austral Salon, a pioneer Victorian club for women dedicated to their intellectual and artistic advancement. The Arts and Crafts society of Melbourne was reputedly formed at the Austral Buildings around 1908. The building continued to be associated with artistic circles through the Melbourne Arts League from the 1940s to the 1980s. The league, organised by the eccentric elocutionist Lorimer Johnstone, encouraged young actors and artists, arranged theatrical productions, and, during the 1950s, exhibitions by such artists as Fred Williams, Donald Friend and the late Rupert Bunny. From its earliest days the Austral Buildings was expressive of the traditional occupation of the top of Collins Street by the medical fraternity. It also had important and enduring associations with Alexander McKinley, the publisher of Melbourne punch and a Member of the Legislative Assembly.”