Somehow this old hotel makes much less impact than it should; maybe just being on #SpencerStreet means it gets overlooked ? Also, there’s not a lot of interesting detail or grand entry (any more – in fact what was shops is now blank wall!). Built in 1928 as the #HotelAlexander, it’s clearly inspired by the big US hotels of the 1910s and 20s, though they usually had gorgeous OTT foyers and ballrooms. Designed by #LeslieMPerrott, who was a pioneer in reinforced conc but not a great stylist, this hotel cost £350,000, and was ‘claimed to be the first in Australia to have ensuite bathrooms and a controlled-temperature-interior environment. The hotel’s magnificent lobby, entered by a wide flight of stairs from Spencer Street and filled with light through tall windows, occupied the entire first floor. Renamed the Savoy-Plaza in 1952, it’s Rainbow Room and maître d’ Albert Argenti became renowned in Melbourne over the next decade, hosting a who’s who of international show business including Louis Armstrong, Nat King Cole and Ella Fitzgerald. Some young Australians, such as John Farnham, Rolf Harris and the Seekers, began careers there. Frank Sinatra, performing at nearby Festival Hall, was a guest, as were Ava Gardner, Fred Astaire, Anthony Perkins and others during the filming of On the beach.’ Theres nothing left of that glamour now, probably because – ‘Sold to the Victorian Government in 1974, the hotel became the Police Cadet Training Academy until 1987.’, when it became a hotel again, but more like 3* than 5. The interiors are vaguely 1920s classical but I don’t think any are original. 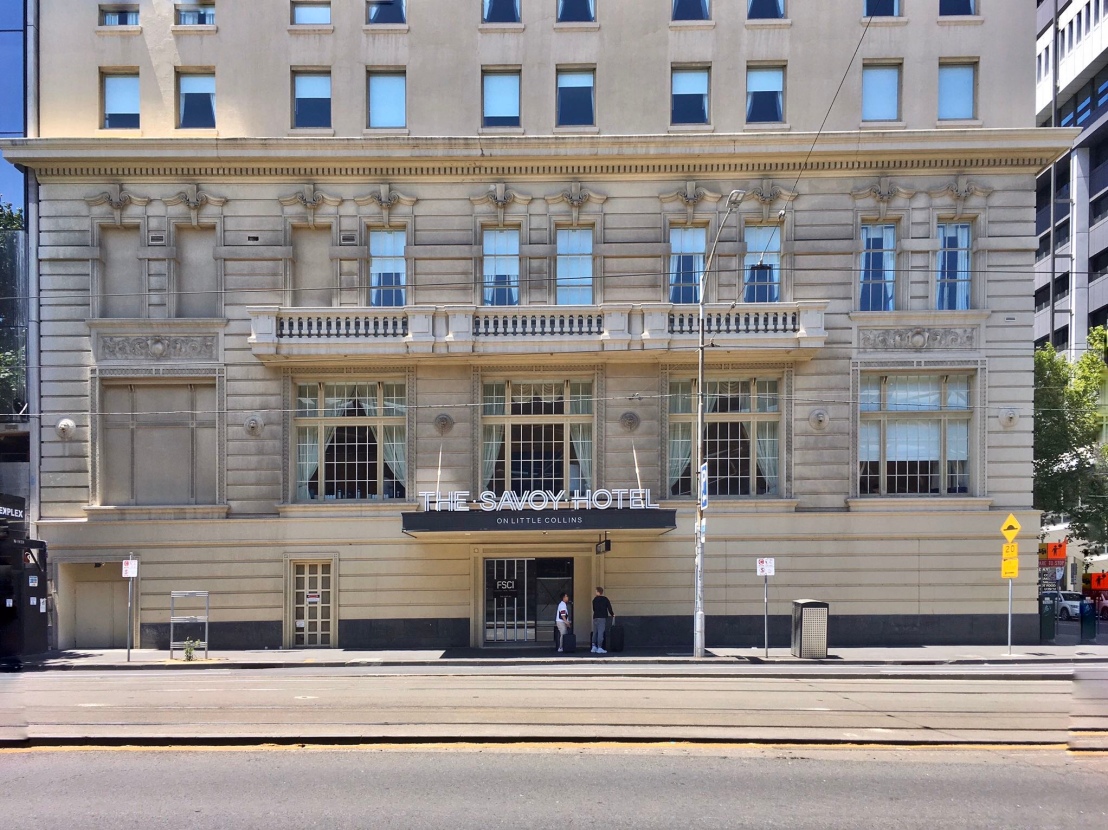