#BurnleyHorticulturalCollege, in beautiful grounds in Burnley, #Richmond, established in 1865, has a great centrepiece building by #PercyEverett, Chief Architect of the #PublicWorksDepartment, built in 1947. His post war work was pretty much the same as his pre war work, in his trademark Modern/ #Moderne, but a bit squarer and and simplified than before, eg all one colour #creambrick. There’s still loads of great details, zippy brickwork, dynamic massing of horizontals vs verticals, and its (mostly) symmetrical about the long axis, so front and back are mirror images. Old pic 1956 UniMelb Archives. 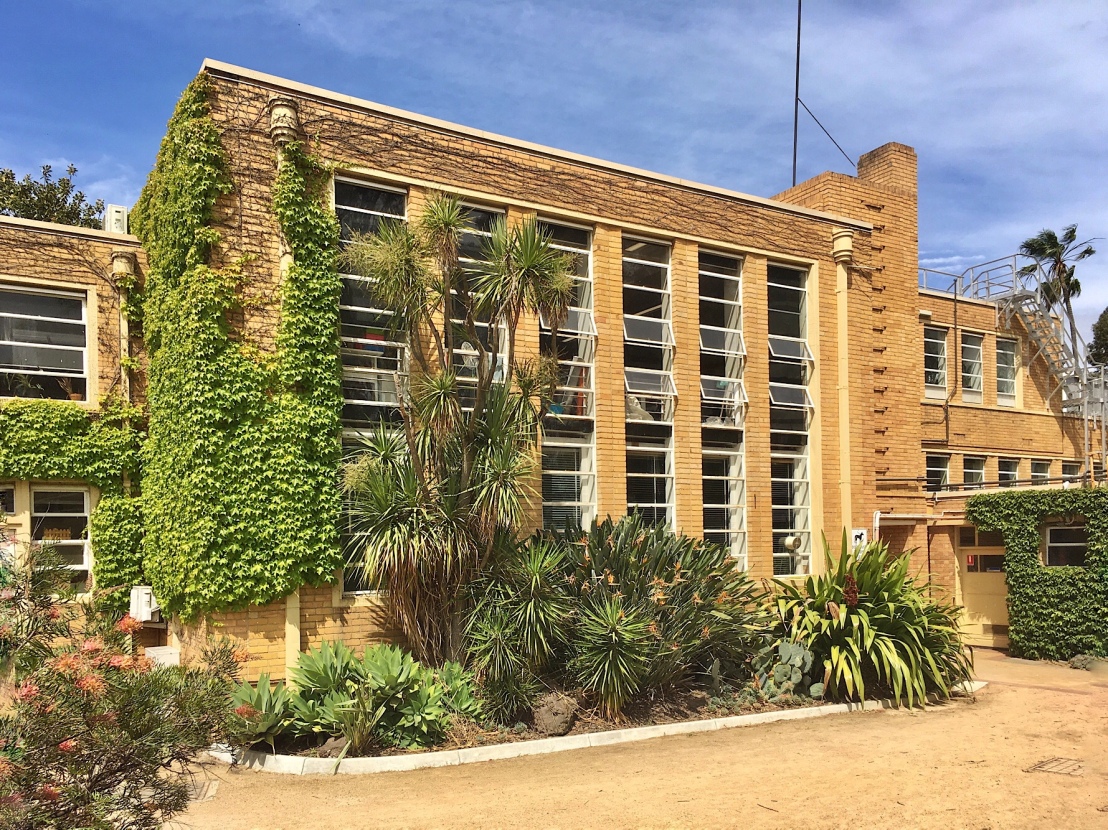