😮 This #colourscheme on the old #AngusAndRobertson building on #ElizabethStreet has just been revealed (thanks for the photo @tristan_davies) – it’s cheery but so very wrong ! Apparently it’s some kind of mistake, and they (not sure who, but @plusarchitecture are moving in) certainly didn’t get a heritage permit. Designed by #CharlesDebro for ironmongers, and built 1889 when everything was just #cementrender grey (or sometimes ochre #limewash)- i found photos through the ages back to c1900, when it looks like it was grey. Not sure what to ask for, really they should start again, maybe it could just be all the #deepcream, maybe with just a few details like the window frames in that red, pretend it was a 1920s scheme ? Or all white or all grey ? Suggestions welcome ! 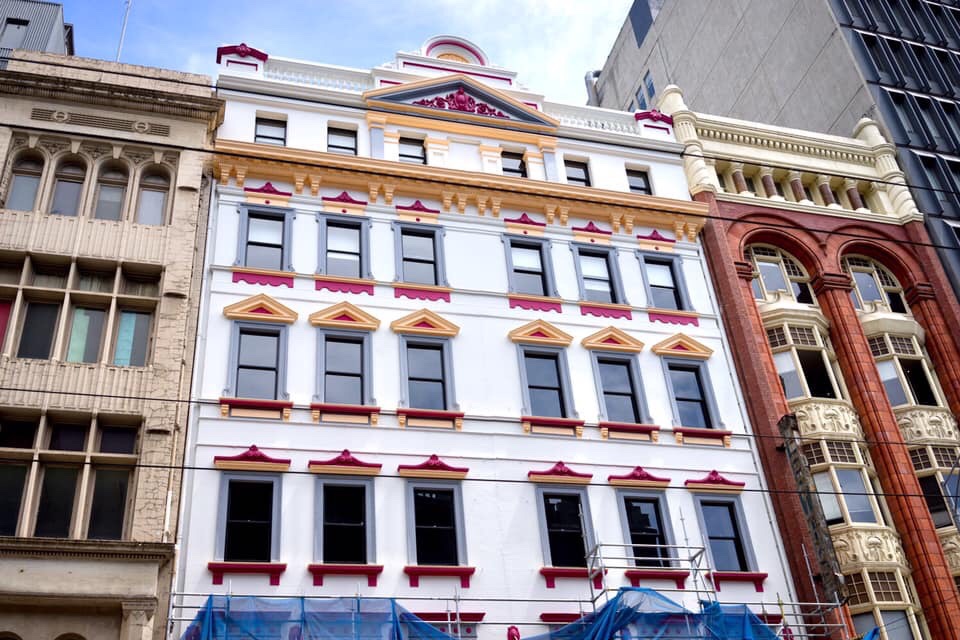 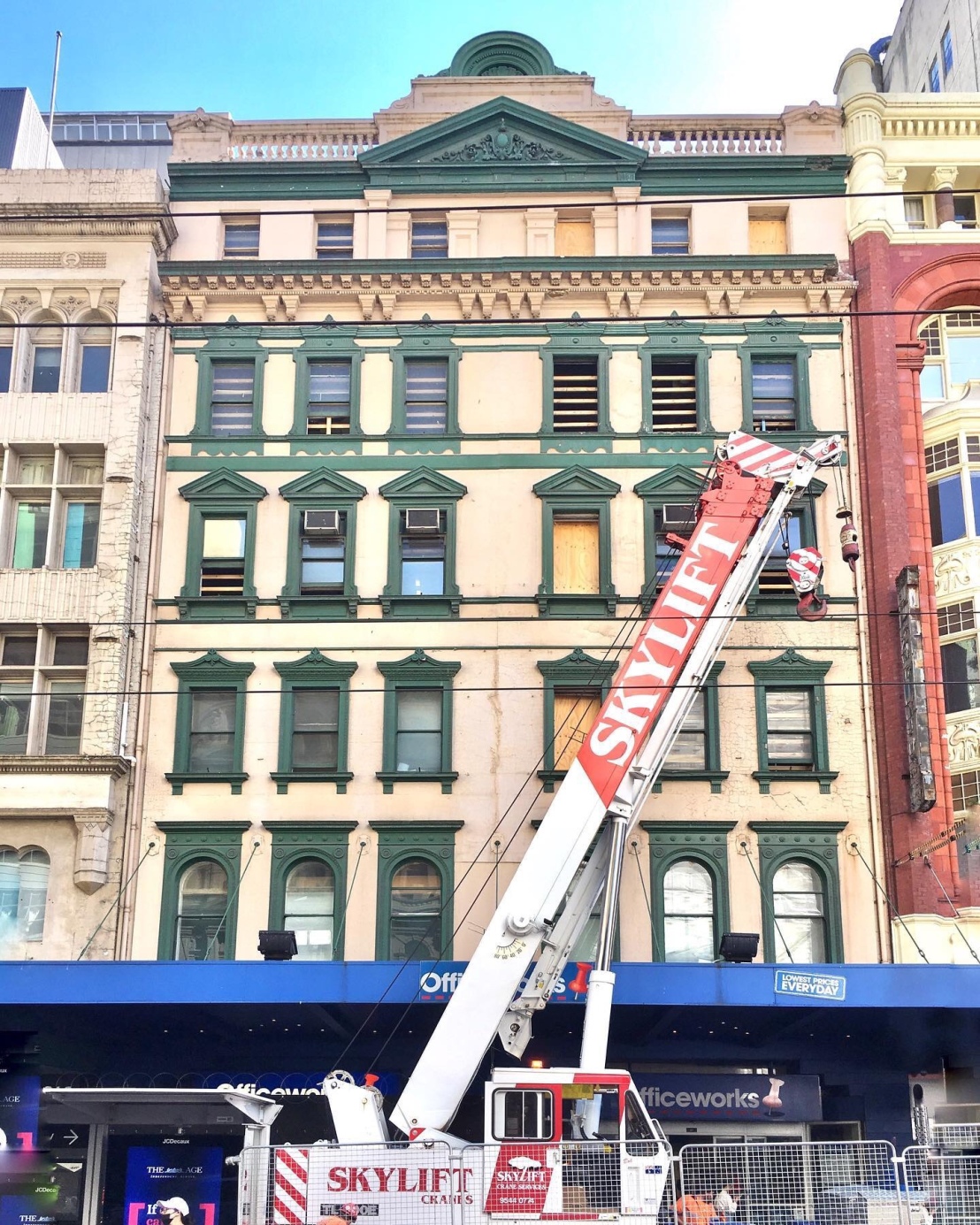 When I posted the Feb 2019 photo in July I hoped for a better colour scheme ! :

I took this photo in Elizabeth Street just up from Collins in February and wondered what was going on- turns out it’s yet another building long abandoned above the ground floor (due to a crackdown on #fireregulations in the 70s) and like the one next door I posted yesterday it’s being restored as offices – for @plusarchitecture. It was built in 1889 for McLean Bros #ironmongers and furniture , and designed by #CharlesDEbro in a style hovering between typical #RenaissanceRevival and the new #QueenAnne, in fact it’s so odd especially that top pediment I always thought it was more like 1901, but I was wrong. From the mid 1890s it was G Robertson books & stationers ‘for 80 years’ and then it was Angus & Robertson (no connection unless they bought the first Robertson Co, and now it’s officeworks!). I do hope they’ll do some better colour scheme, it really should be just unpainted grey or maybe ochre limewash, that would be nice.