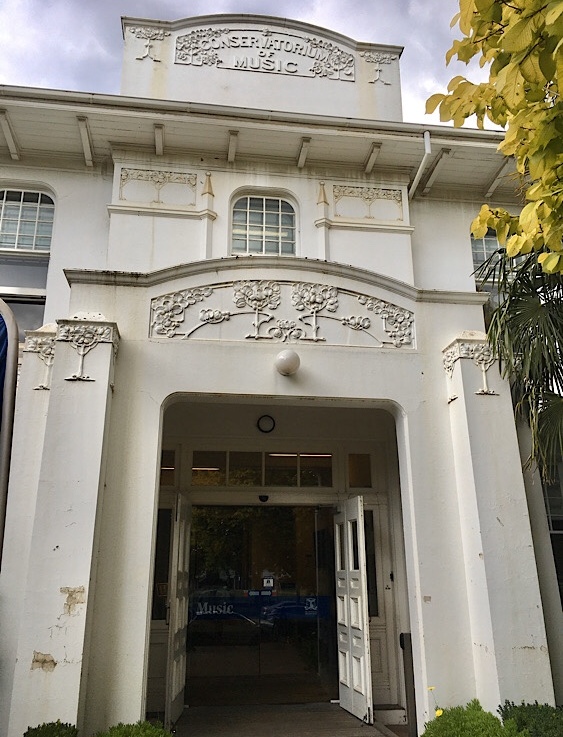 The #ConservatoriumOfMusic at #MelbourneUniversity was built in 1909-10, and has that great #Sezession style vegetal decoration seen only here and there in Melbs; we don’t have that much #ArtNouveau (except for the stained glass windows and tiles in every Edwardian house). This was designed by #BatesPeeblesAndSmart, who were also doing the State Library dome at the time. The foundation stone was laid by #DameNellieMelba, and the hall that was added soon after is named after her. Apparently the side wings were done by #GawlerAndDrummond, the uni’s architects, much later, but they did them in matching style, which is nice. 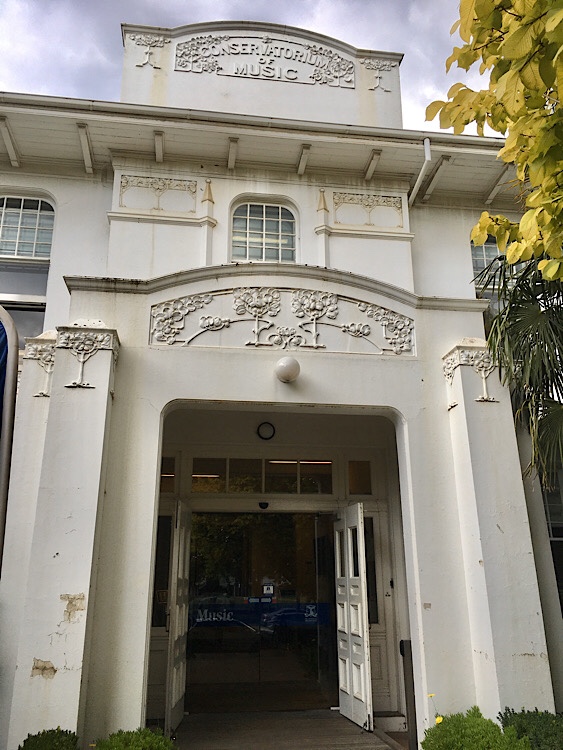 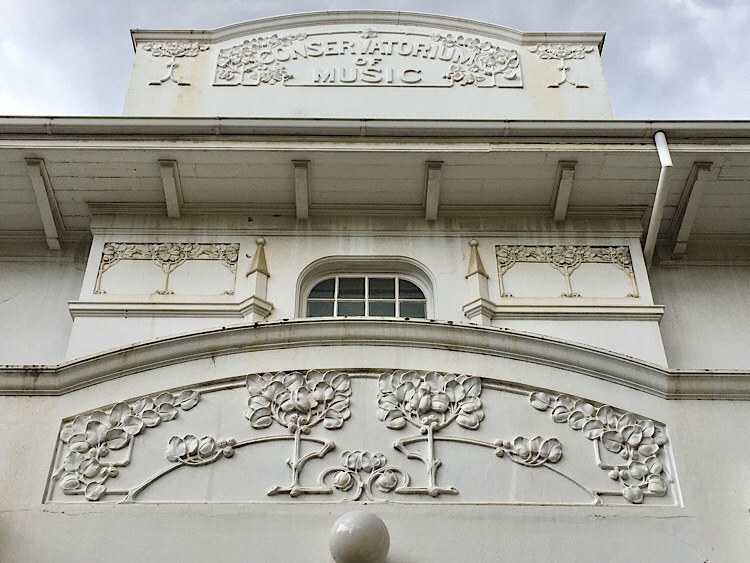 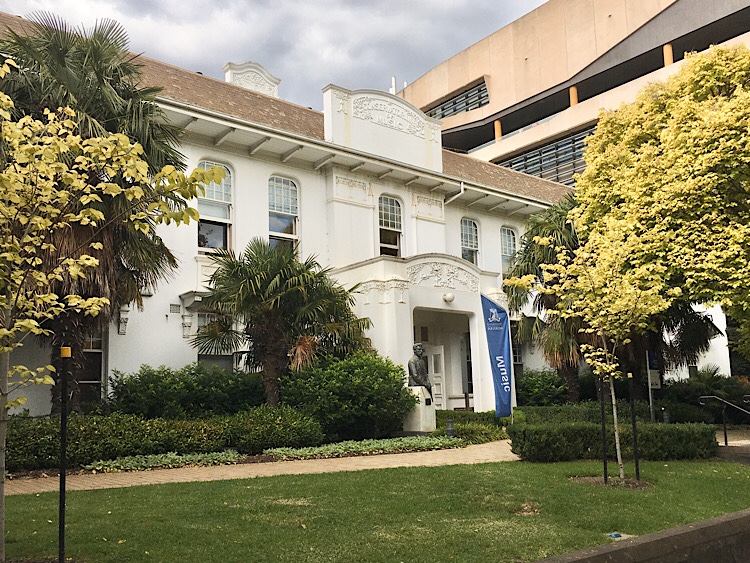 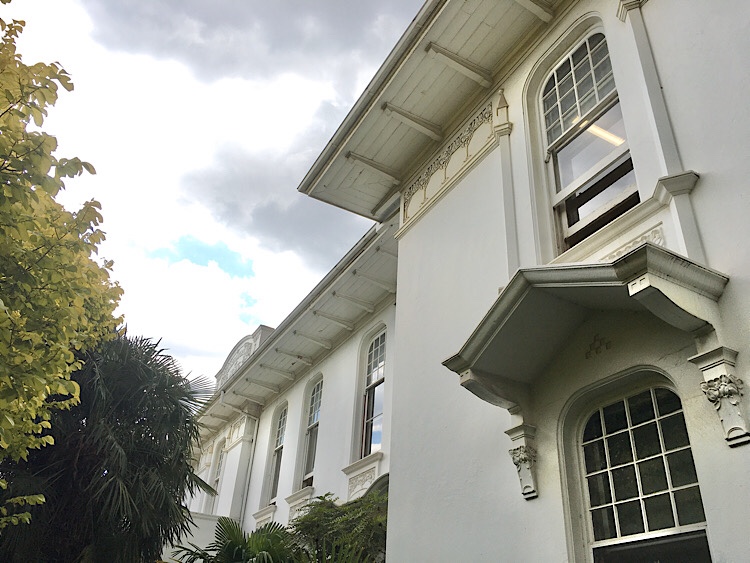 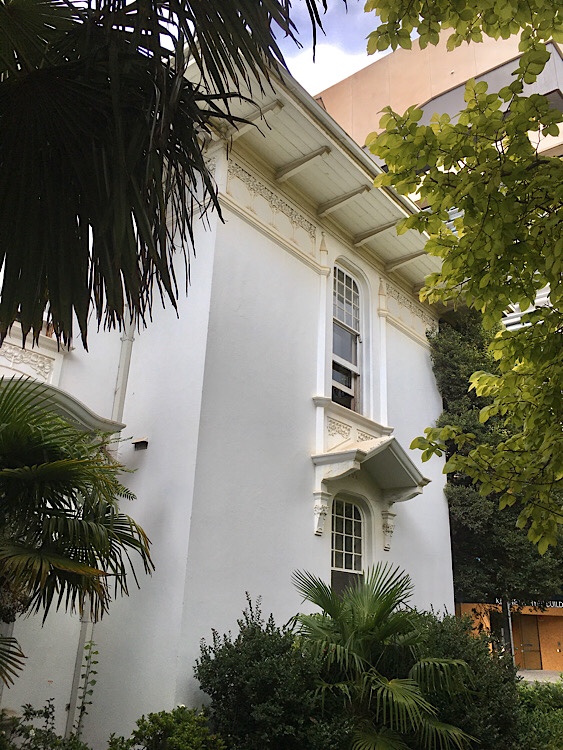 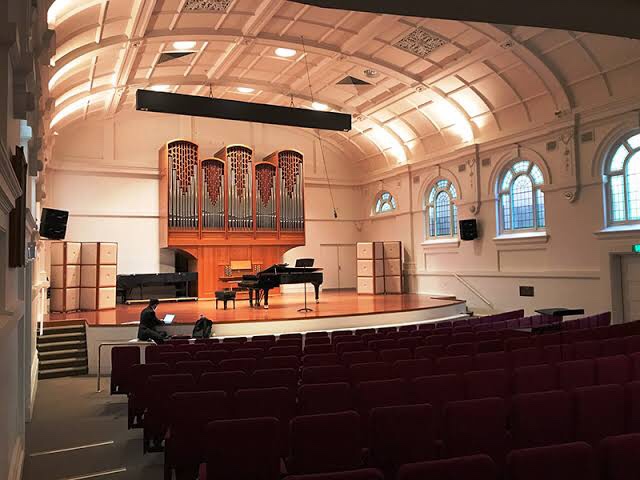