Okay it could have been worse but it could have been better; hard to meld a giant new thing with a little old single storey factory though – but I think probably better without the extra box at the front, if the front of the factory was retained completely including the roof. Too much to ask ? This is in #BridgeRoadRichmond, and factory was built in 1941 for London Baby Carriage p/l. And yes next to this was the remnants of the #OldGreekTheatre, built as the National cinema 1921, a great 30s ceviche interior, gutted and altered in the 90s I think, now gone completely. I’m in a bad mood today… 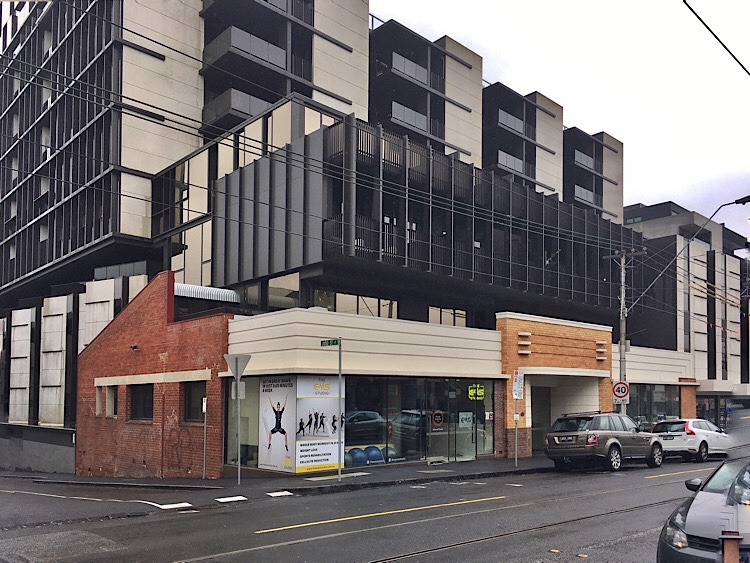 Another case of #facadism on #BridgeRoadRichmond, but much better done – the new is set well back, and the shops have kept their shopfronts (I think). Helps that it’s not 10 floors too. The site includes only two terraces of a row of three, but also the site of another long lost shop on the right, so hence the brown facade (the photo is from 5 March, so much happened since then, wonder if #FlightCentre will ever be back in business ?). I happened to snap this when it was just a facade in Oct 2018, and the ad for the development was touting offices that will be a “Vibrant fusion of tradition and contemporary design” Why does everything have to vibrant ?