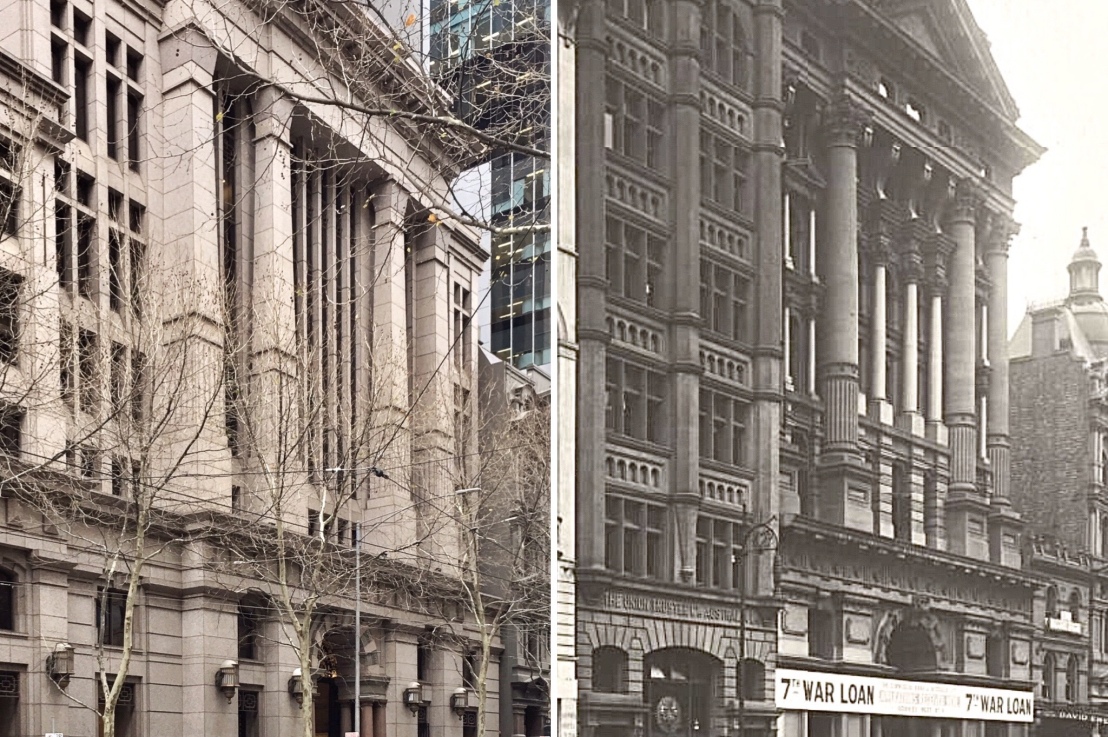 Another case of an amazing thing lost, but in this case it was lost in the 30s, and sort of regained in the 90s. At what is now called #333Collins, the current facade was created in 1990, replacing an art deco facade created in 1939, which had replaced the original one, built in 1893. The new one lacks the drama of the original doesn’t it?

The first #CBABank facade was designed by #AlfredDunn, who won the bank’s competition, but so did #LloydTaylor, whose contribution was the famous #domedbankingchamber inside. I guess the bank really didn’t like it to bother to replace it completely; the vaguely Deco/classical design by #AandKHenderson I think was way too thin, but keeping it might have been a better option than this vague version of the original.

The current rather Art Deco revival facade and tower (which sits over the dome !) was designed by US firm Nelson Architects with local firm #peckvonharteltrethowan.