I like #WillamBarak looking down on us, but I’m annoyed by the way the whole redevelopment of the #CUBbrewery builds around the axis of #SwanstonStreet looking north, but also ignores it but encroaching on it and not having anything at all really that acknowledges it – it’s like a series of compromises leading up to nothing (except a tiny tree). At the least CUB had a huge neon sign for decades. Update : I’m told that after the 90s master plan that kept the axis, another was drawn up that coded it, with two buildings at the back in a pincer movement, leaving just a slot. Not a better solution than leaving a wider gap, and the other isnt built yet anyway.

For something that looked down the axis of #SwanstonStreet for nearly 40 years, I could only find one good photo of the #VictoriaBitter #neonsign in 1956, and one supplied by a FB friend, from the late 60s, showing it as I remember it. 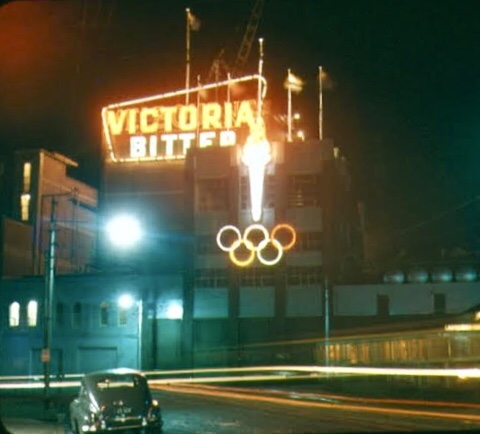 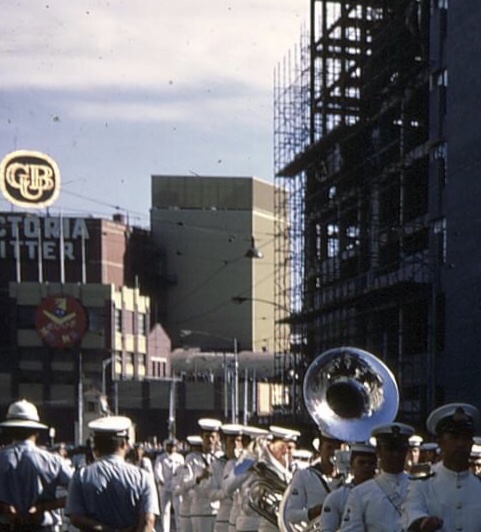