#TolarnoHotel in #StKilda is actually a fine example of #midcenturymodern, but even though the place is on the #VictorianHeritageRegister, exactly when it was built and who designed it isn’t recorded by them; it’s addition to the front of a guest house, itself converted from a 19thC house called Tolarno. Georges Mora bought the whole thing in 1965 without telling Mirka (😮); maybe it was going cheap since St Kilda was on the way down then, the nude reviews opened up the street soon after, but they liked it, Mirka painted lots of murals, and I’m sure plenty of people came for the authentic French cuisine. Hmm just found a postcard image which is dated c1954, and the cars look 50s to me, so maybe built much earlier – just found a notice from 1952 ‘newly rebuilt and redecorated’ does it look 52 ?? 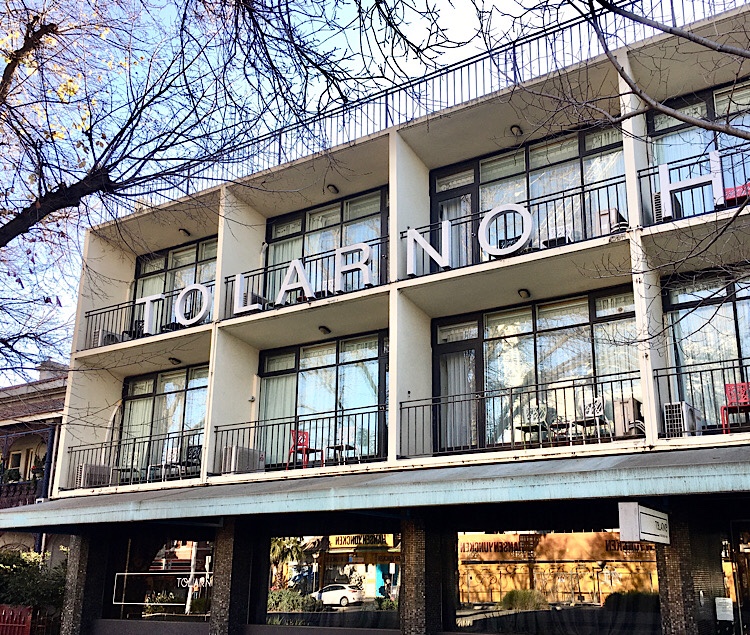 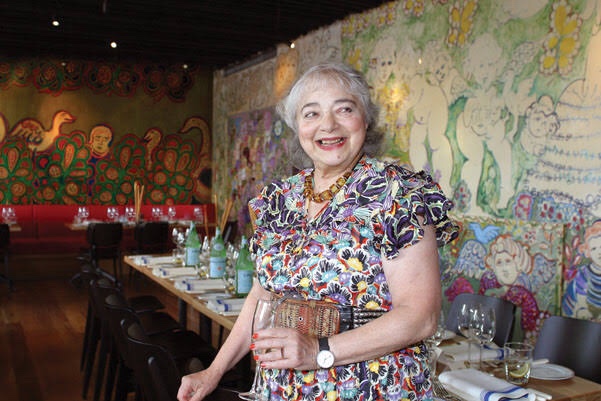