The #JewishHolocaustCentreMelbourne in SelwynStreet #Elsternwick is partly in this building, which is rather attractive and unusual, but I don’t know for sure what it was. Perhaps it’s the #Dispensary Hall that is mentioned from the early 20s ? Which might have been built by the Hibernian Australasian Catholic Benefit Society (though they had built a dispensary in Gordon St in 1915, did they then expand here ?).

It’s only Contributory is a large heritage precinct, and @kerstin_thompson_architects are doing the Museum’s big expansion plans that would subsume it into a larger building, rather than demolishing. Not sure that’s better. Also, not sure if they’re keeping just 2 walls or literally building over. Either way it’s an interesting response, better than many facade jobs, kind of better that its obviously just a fragment in a larger scheme, not half-heartedly given a tiny setback, but maybe better not there at all ? Or even better go taller on the rest of the site and leave it alone ? 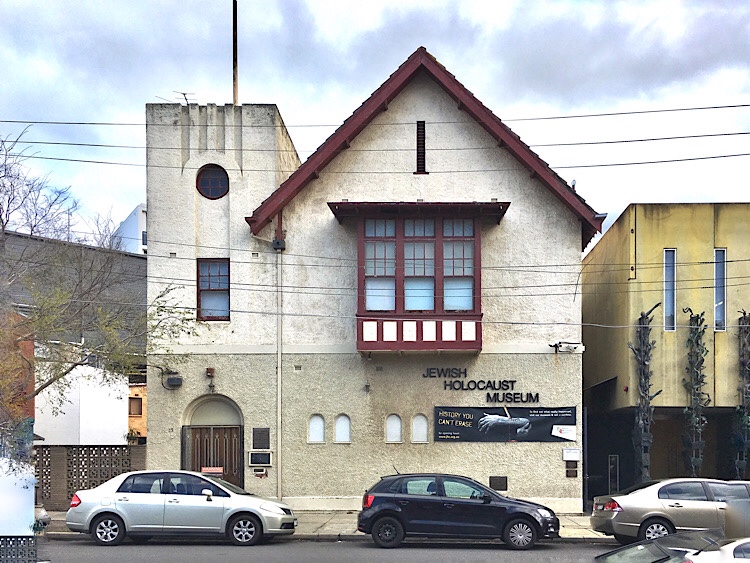