All photos older or not mine

Very glad to see that #RoyalMailHouse is on the list of postwar places in the #HoddleGridHeritageReview Stage 2; completed in 1963 it was designed by #DGraemeLumsden, and its the most #opart office block in the city – still looks good despite having lost the verticals that joined the horizontals, and one end painted orange. Great canopy. I’m constantly trying to get the perfect shot, but trees and winter shadows make it hard…. 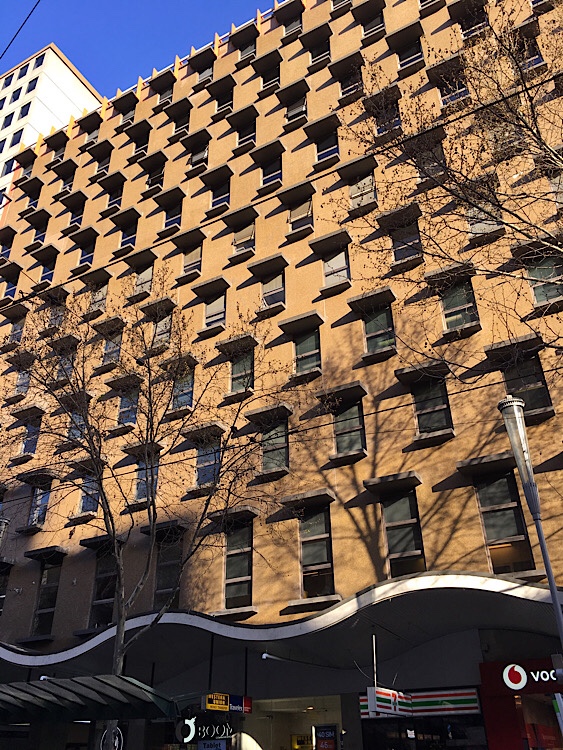 The other space-age #jetset airplane organic inspo office block in the #hoddlegridheritagereview stage 2, also in #QueenStreetMelbourne: now I know it was designed by the Sydney based Fischer Group, and completed in 1972, and the facade is precast – reusing moulds from a matching building in Sydney (! 99 York Street, 2nd pic), with brass spandrels. It was first occupied by State Government Law Department, including I think the Attorney General’s office in the early 80s – I vaguely remember curved windows when I once visited dads office there. Love it. 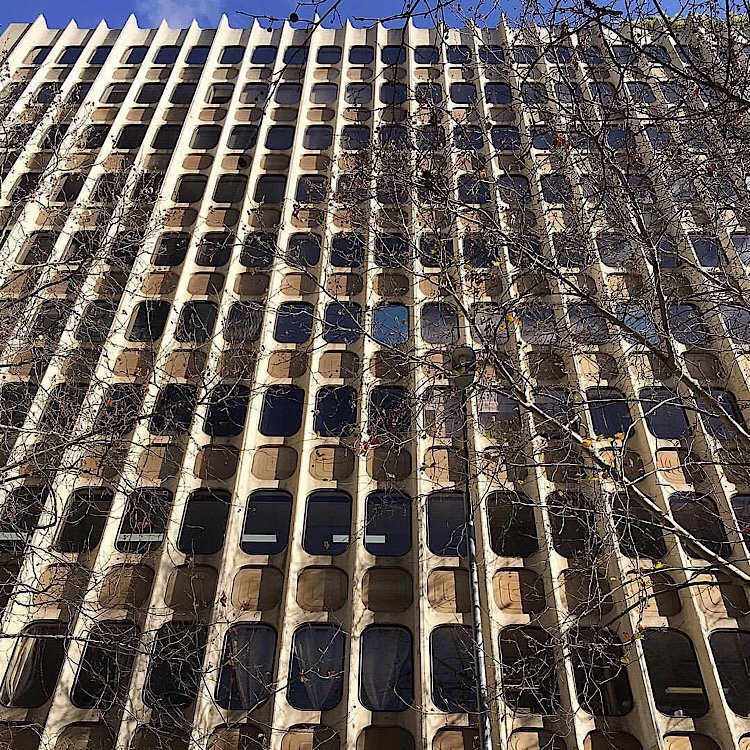 The @cityofmelbourne #HoddleGridheritagereview stage 2 includes …. 55 postwar places ! Up from 9. Very surprised. It includes many faves that i thought wouldn’t ever be listed, including this one in Queen Street, built by the National Bank in 1972, designed by #MeldrumAndPartners. Sadly the lowest levels altered, originally it was a two storey glass wall. Love the precast roundedness, not only the windows but top and bottom too. Not sure where this whole rounded almost #spaceage (or #jetset ? Airplane windows?) aesthetic came from – but the French loved it. There’s prob some American tower that did it in the 60s. 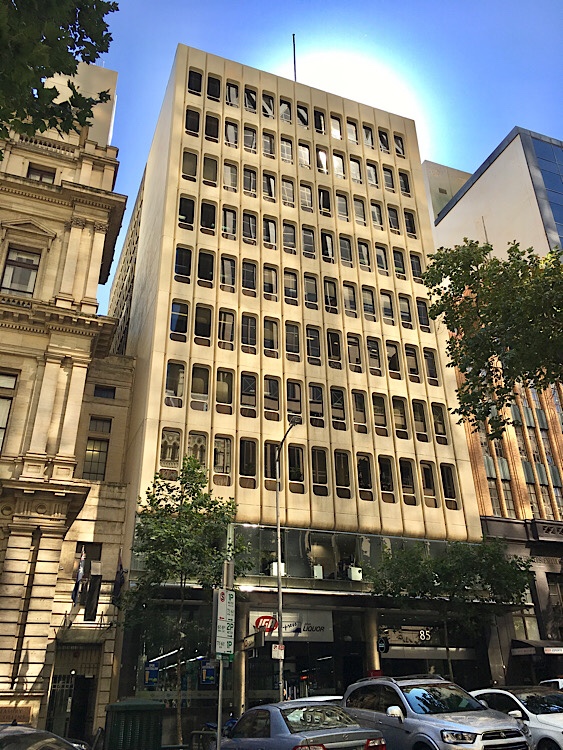