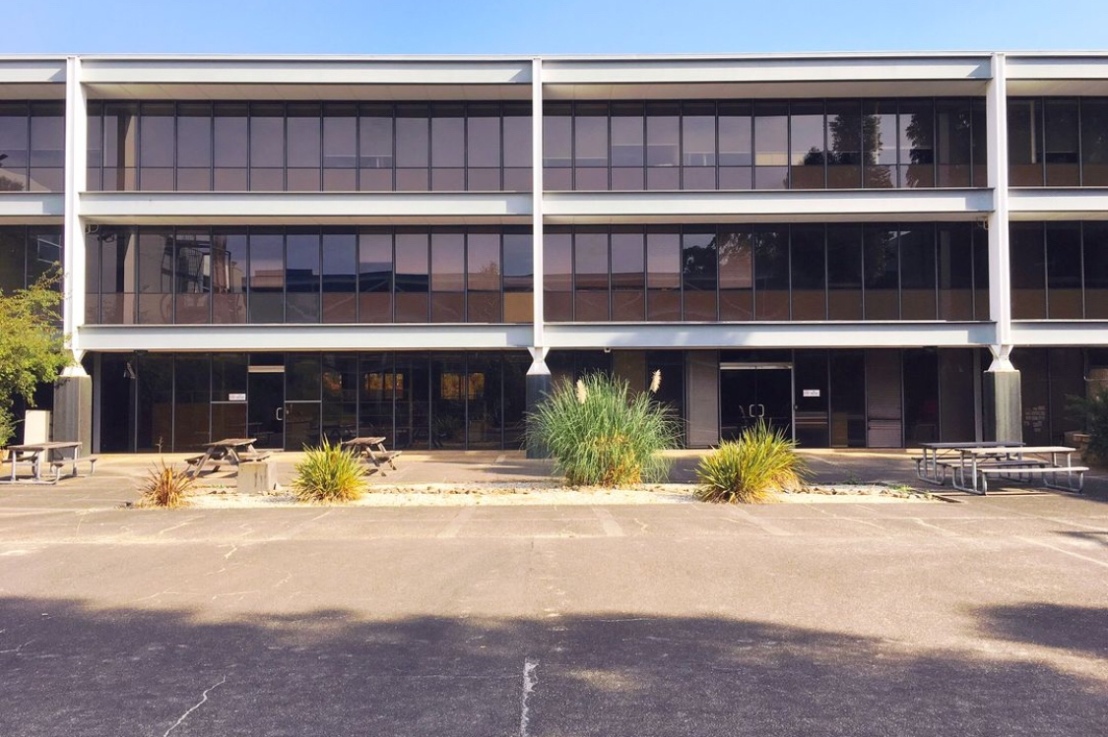 Repost from this day in 2017: #BHPResearchLaboratories, Mulgrave, #EgglestonMacDonaldandSecomb, 1969. As architectural historian Philip Goad says “steel structure, inset glass walls, thats it”. Minimalist but carefully detailed; big #IBeams form the edges to the floor plates, with vertical I-Beams bearing the weight (externally at least). The steel was originally #coreten, so with the dark tinted glass and brown spandrels, the whole thing was once all brown, as seen in the #peterwille slides from @library_vic. There’s a sunken garden to the north behind, originally with a fountain and sculpture, and behind that BHP built an extension in 1992, also by #EgglestonMcDonaldandSecomb. A lightweight version of the earlier building. Bit lost behind planting. Both now just offices, and fortunately with a local #heritageoverlay.