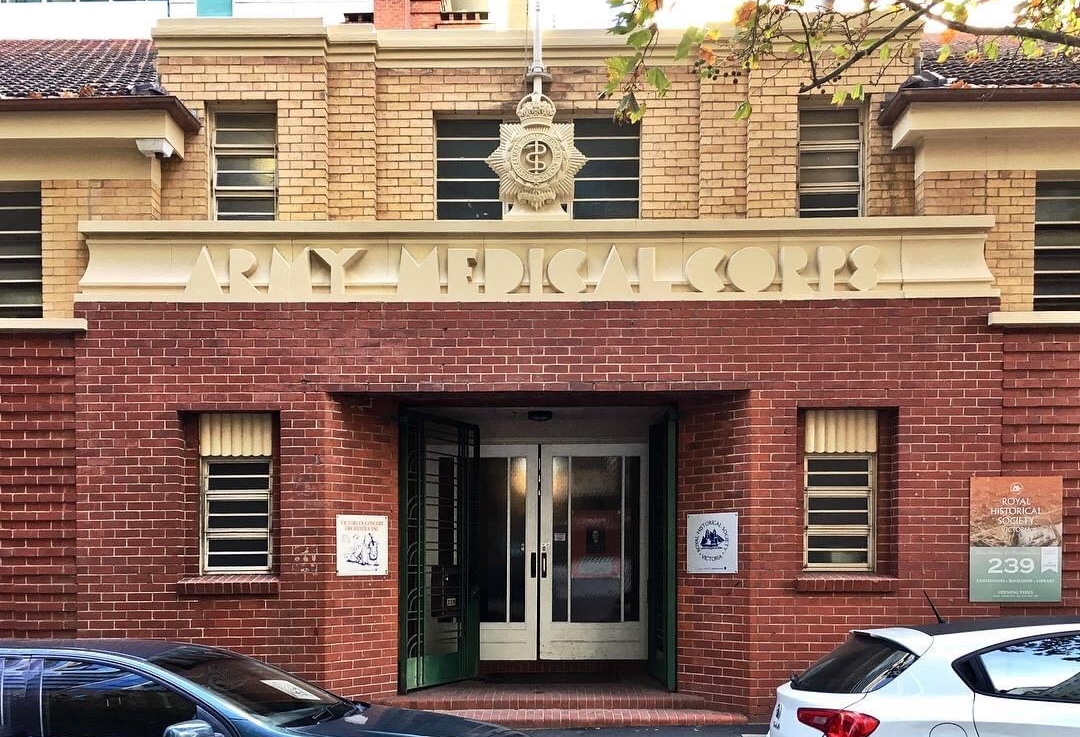 Bit of #ArtDeco loveliness in #ABeckettStreet, the Royal Australian #ArmyMedicalCorps Training Depot, built 1938, designed by Commonwealth architect #GeorgeHallendal. Almost sold off in the 90s to become who knows what, but a deal with the state govt saved it for public purposes, becoming the beaut home of the #RoyalHistoricalSocietyOfVictoria. A bunch of other #DrillHalls were built in the mid-late 1930s, apparently because they knew some kind of war was brewing. Spent a lot of $ though, big halls for various army branches to ‘drill’ in, but also with offices and a club or officers room, very swish.