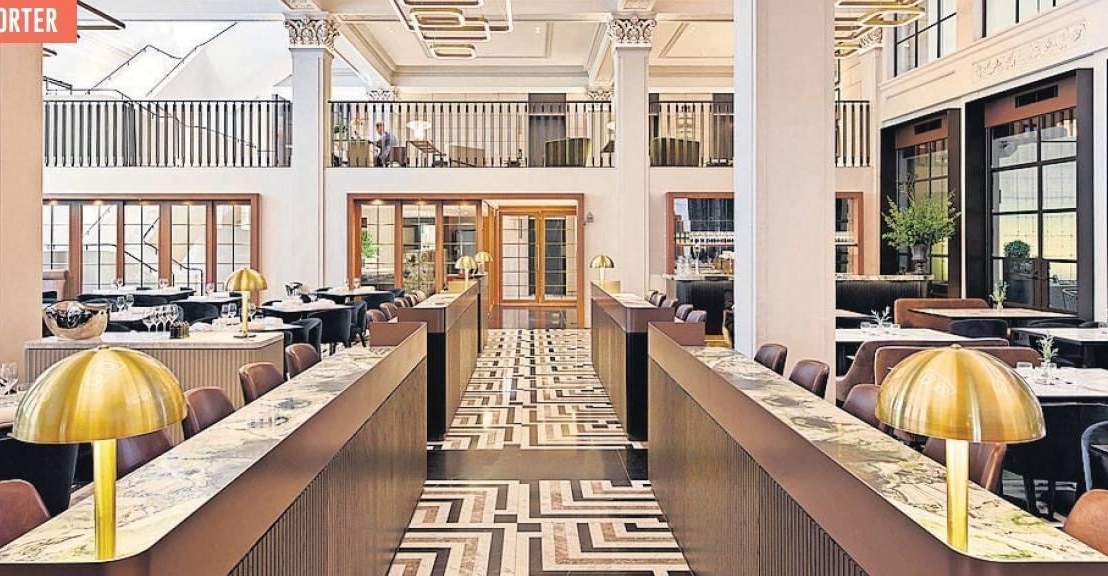 This is the restaurant of the new #HiltonLittleQueen which is actually on Bourke Street, and is made out of the 1931 Byzantine style #EquityChambers building, designed by #OakleyAndParkes – quite a saga, first it was going to be apartments not keeping much of the interiors in 2008, creating opposition and a successful nomination to the #victorianheritageregister in 2010, which resulted in slightly more internal retention; but then in 2017 it changed to a hotel, allowing the retention of much more – in the double height chamber, the later mezzanine was cut back, and the windows opened to the light court, looks great !

They also retained some original upper floor partitions, notably the level 3 corridor, which had been occupied by barristers since 1931, complete with their name plates, rebuilt on level 1 as meeting rooms. There’s also a couple of suites at the front of level 1 retaining extensive panelling. The entry lobby also retained unaltered, since the hotel entry is actually via the side lane, #LittleQueenStreet, and lift interiors also kept, inside new lift cars- I havnt got current photos of the corridor or lift or lobby, these are before pics. Feel free to send me any if you go !