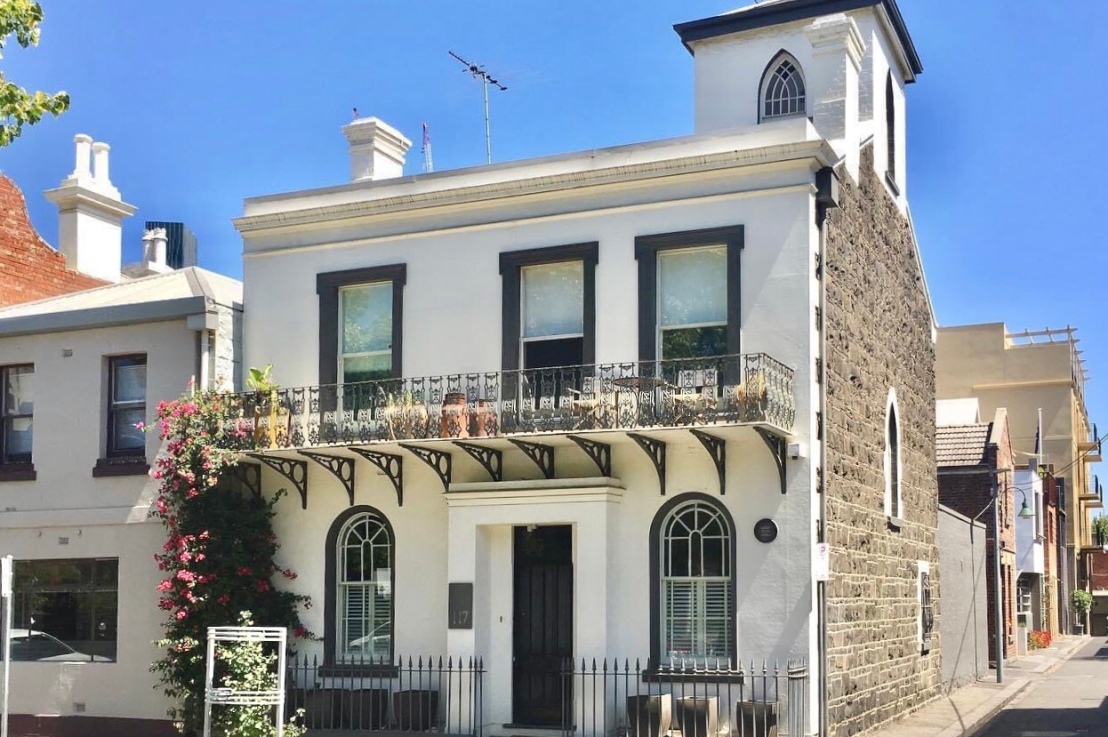 The most famous thing in #DrummondStreetCarlton : “Although once known as the old ‘Weather Bureau’, the building never served that purpose.” It was just a house, but a quirky one ! Built 1866. Also known A’s ‘Cinnabar’. Very unusual cantilevered balcony, and that cute tower topped by a #weathercock (originally an angel with trumpet). I’m told that it was a wine bar called the Weathercock in the 70s. Hardly changed since the 1965 photo by #JTCollins, except in the real estate photos of 2009 it was an office.