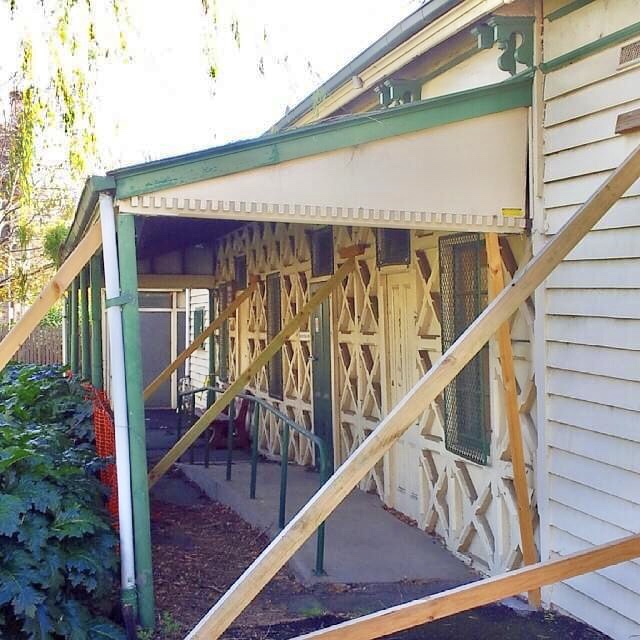 I photographed this in 2014, then found out it was originally the #CollingwoodBowlsClub pavilion, probably from the 1880s, but they’d gone, leaving it to the Senior Citizens as Pioneer Hall, but not maintained, so looked like this. I knew it was a very rare example of #expressedtimberframe, where the cladding is only internal, and the external frame becomes decoration, often seen in Queensland and NZ, but not here. Then a little while later I found out it was demolished ! The @cityofyarra never recognising it’s heritage value, and not wanting to spend the $. Sometimes Councils are the worst custodians. The site, behind the #CollingwoodTownHall is now carparking, and part of the area that almost became public housing recently, but didn’t, because Council didn’t want any private housing as part of the development.