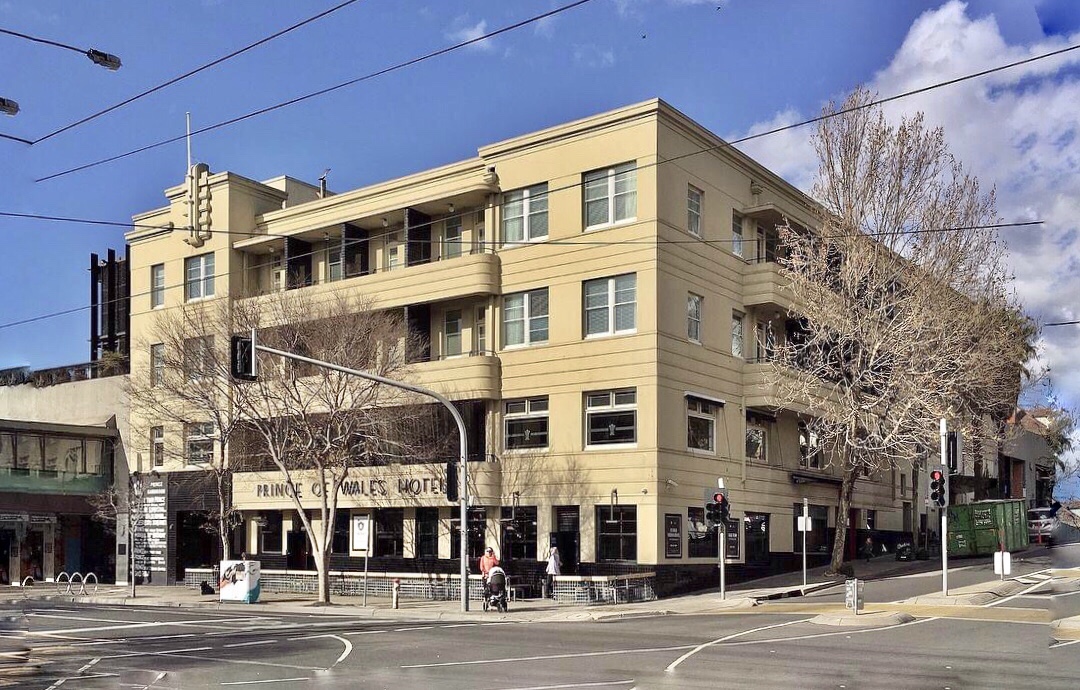 The #PrinceofWalesHotelStKilda, a nice design by #RHMcIntyre (father of Peter) built in 1936. Actually it’s a tad disappointing, it could have been, I don’t know, more streamlined or more decorative; there’s better deco designs around. This is notable though as a mid scale hotel, much larger than your average #pub, but also with great big bars, larger than other residential hotels. Apparently “Nothing was spared in the way of comfort and convenience”. The nicest pub in #StKilda though, with one big and one small bar at ground level, quite intact, the small one complete with a fireplace ! Some of the windows still have their Prince if Wales fluer-de-lis, apparently designed by Loudon Sainthill who went on to a distinguished career in theatre design in the UK.

And o yes of course my first ‘outing’ in 1983 was to Pokies upstairs, the long time drag cabaret (1977-1992) – hilarious – that was Sunday, every other night it was punk and alternative music, and it still hosts live music, despite the whole thing going way up market since the 90s.

2021 update: in late 2020 they repainted it in a slightly less yellow shade, then renovated the bars, destroying all the timber panelling, but restoring the main bar deco ceiling, and keeping the terrazzo floors.