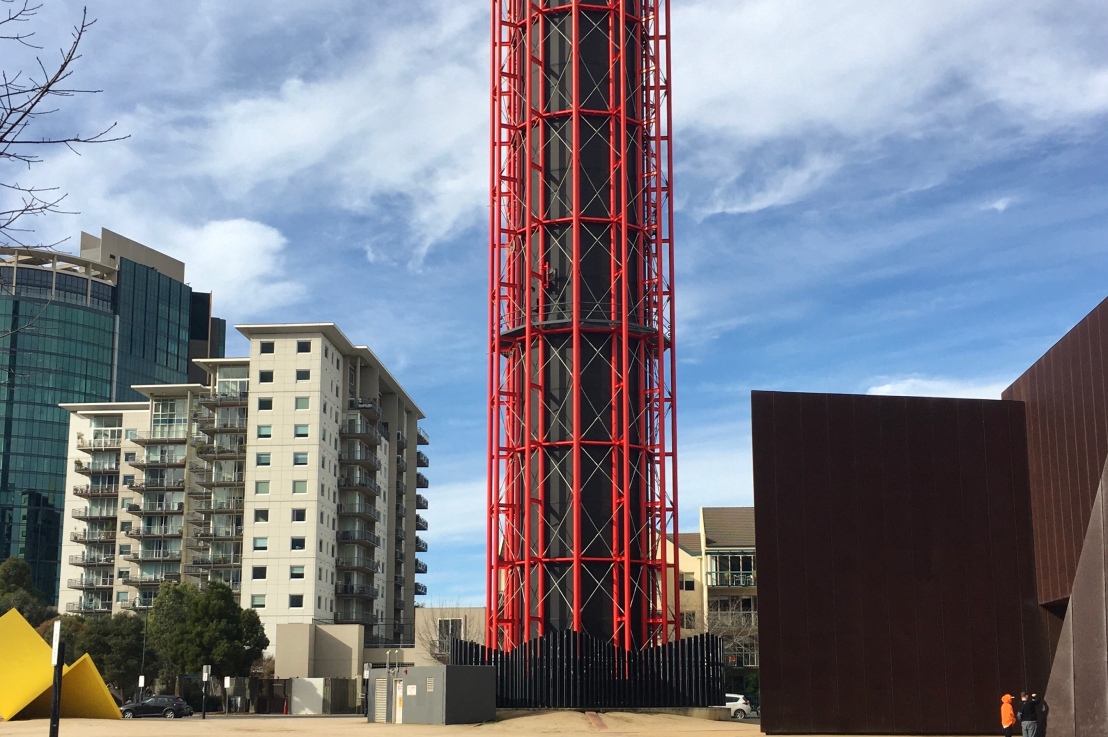 I should know who designed it but I don’t. But I do like it, simple but effective. #Citylink vent stack, for exhaust from the #BurnleyTunnel, which opened Dec 2000. There was a little hooha at the time that the people in the nearby new apartments would be breathing in the smoke, but experts / someone said not likely.

Update : Randall Marsh tells me it’s it’s by Wood Marsh, and they were asked to jazz it up after they got the ACCA job, since it’s next door, but not to spend any more on it, so they redesigned the outer steel structure to be finer, and painted red-orange against black – though it’s repainted red now.