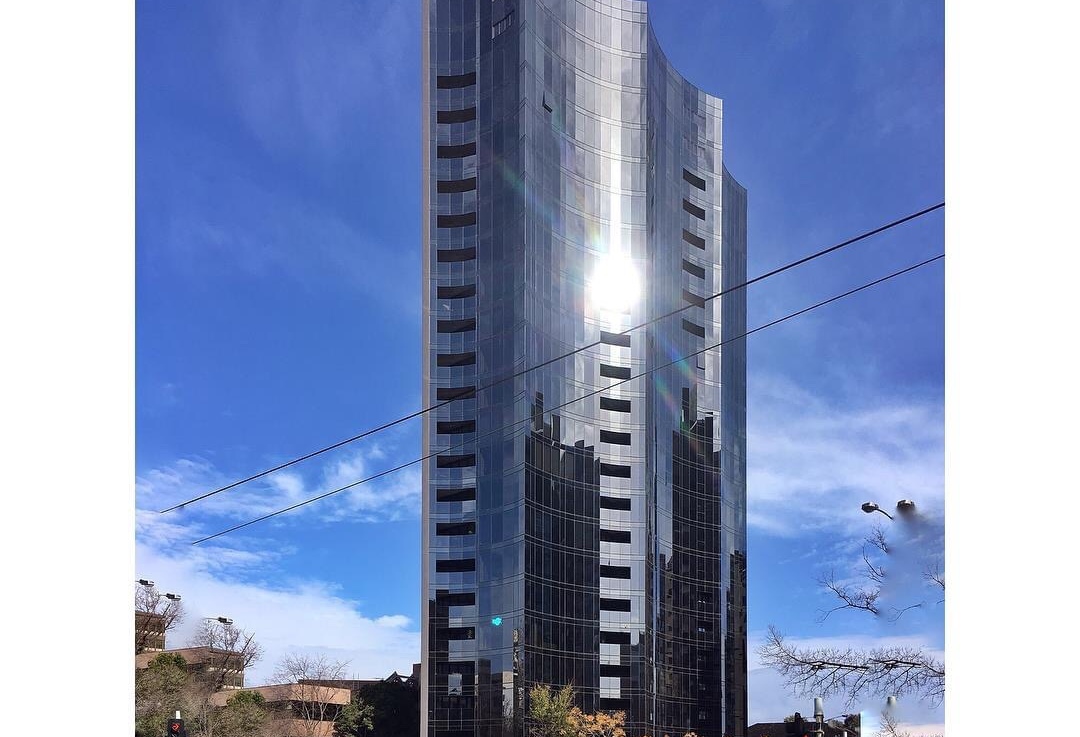 #Balencea, #WoodMarsh, 2013, very striking. The scalloped curves are great, with the sharp points seen in their work from the 90s, but here in reflective glass; like so many towers from then on, a pretty slick skin, with balconies inset rather than attached. Sheer glass from inside. Proportions helped by the fact that it’s 81m, 21 higher than the max allowed of 60m. Not sure how that happened, cos it’s a mandatory height but I think between 1999 and 2016 it was more flexible, but someone convinced #PortPhillipCouncil (or VCAT) that their design was good enough to go higher. They’re also lucky that the site to the west is strata titled apartments.