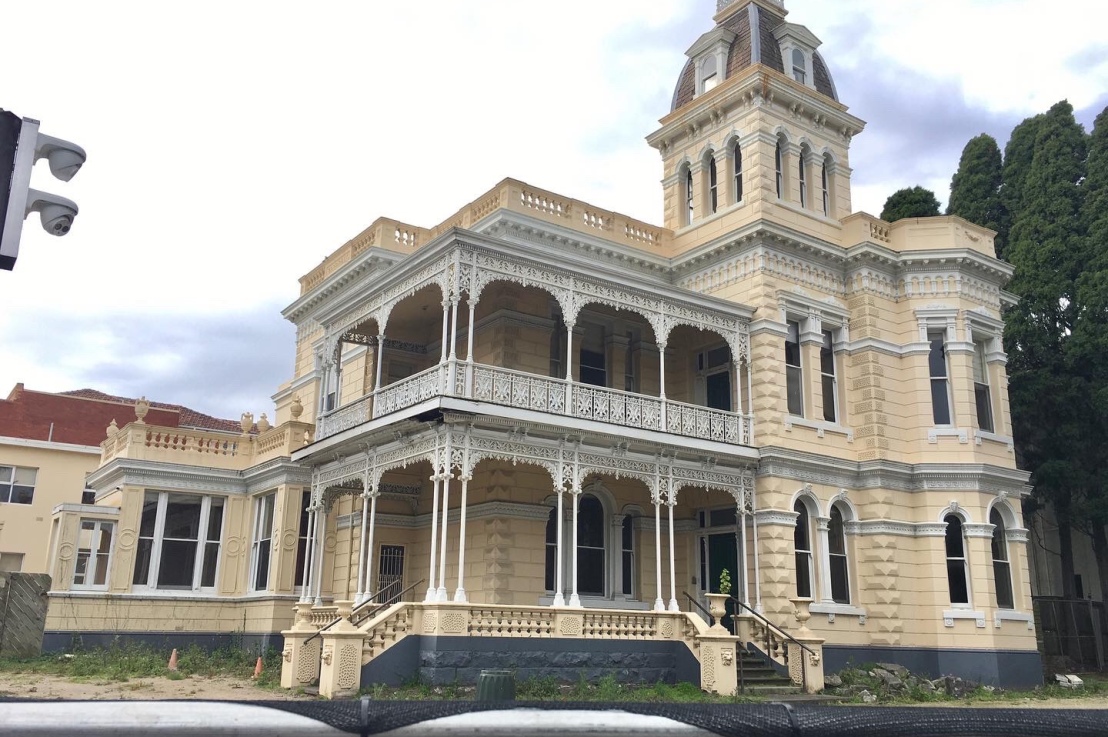 This towered mansion on Toorak Road West called Goodrest was built in 1885, and designed by #WalterBuckhurst, who got the job cos he was the owners son (!). It’s got a lot going on in a relatively small area, being an all-out mansion on a smallish site, with a mansard on the tower and a lot of quoining (diamond blocked and #vermiculated above) , and elongated brackets under the eaves, creating a very elaborate impression. No interiors, because the sale in early 2020 didn’t have any. Not sure of complete history, but was in army use during WW2 (2bd B&W pic), then later became a private hospital / nursing home, losing the front garden I think since the 1970s (1st B&W via @nationaltrustvic), for a carpark, then function centre, then as the ext for the 1978 film Patrick (spooky!), then in 2013 Christchurch Grammar bought it for a kindergarten, but ran into planning hurdles, they sold to Paul Little and Jane Hansen in 2020, who plan to renovate it, but clearly nothing happened yet. It’s surrounded by a builders fence, perhaps since 2013?