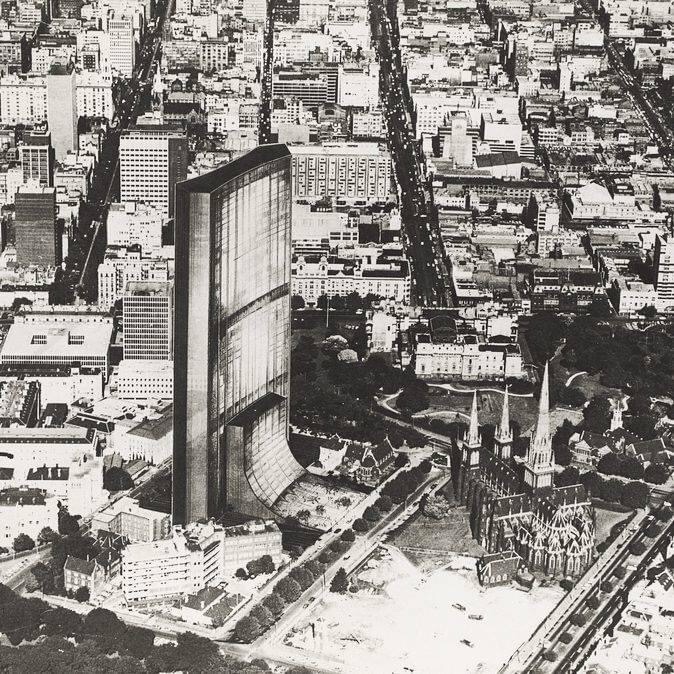 A c1972 proposed government office building just after they had purchased #tasmaterrace, and intended to #demolish it. The Catholic Ladies College and Unitarian Church behind Tasma had just been demolished, and so had St Patrick’s College behind the Cathedral – which it would have totally it would have dominated even the cathedral. Earlier aerial from about 1920, I don’t remember where I got the tower block image from, perhaps @nationaltrustvic files ?