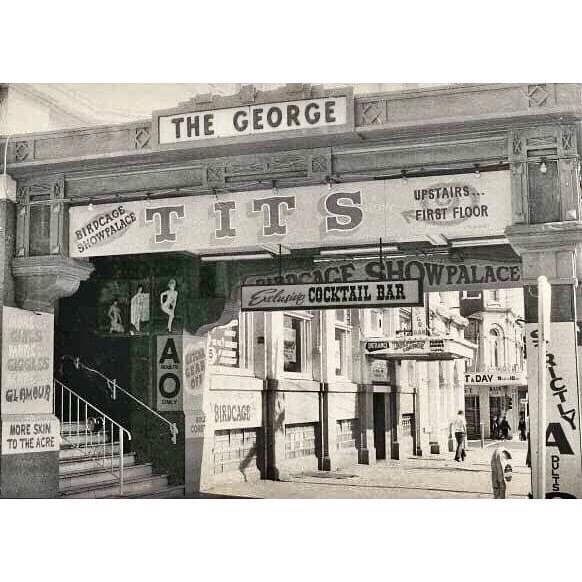 This Is The Show. The #GeorgeBallroom in the early 70s was a #stripperbar, strictly #adultsonly, back when #StKilda was at its nadir (or peak ?) – I remember going to Luna Park as a kid being driven down #FitzroyStreet and mum saying ‘lock the doors’ ! It was called #TheBirdcage (though Les Girls was a block up at the Ritz) and starred Vanessa the Undresser and Septra Fontaine. Now it’s a stylish wedding venue, as it was from the 1880s to the 1940s, and a band venue and disco in between. Both old photos NLA c1972