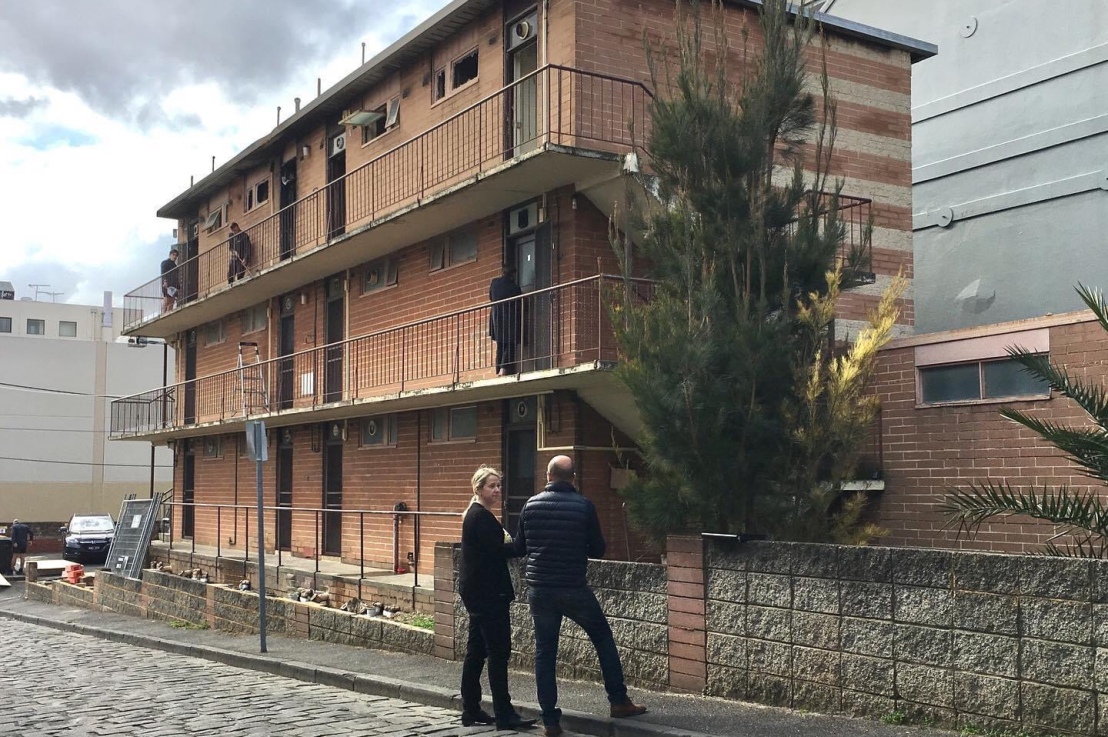 So there was a fire in my street yesterday- it was in this 60s block of studio flats, mostly vacant but a few single older men still there – it was sold last year and a permit to replace it with 7 townhouses (of course). Saw a bunch of people wandering in and out the other day, thought maybe they were going to lease it out after all…I see one ‘for rent’ ad, ‘only for 4 months’ so ok might have been getting tenants in short term but maybe a squatter got in ? Update 2021: it was demolished a year later, one townhouse now left, only $1.5mill, a few signs if construction a month ago then stopped.