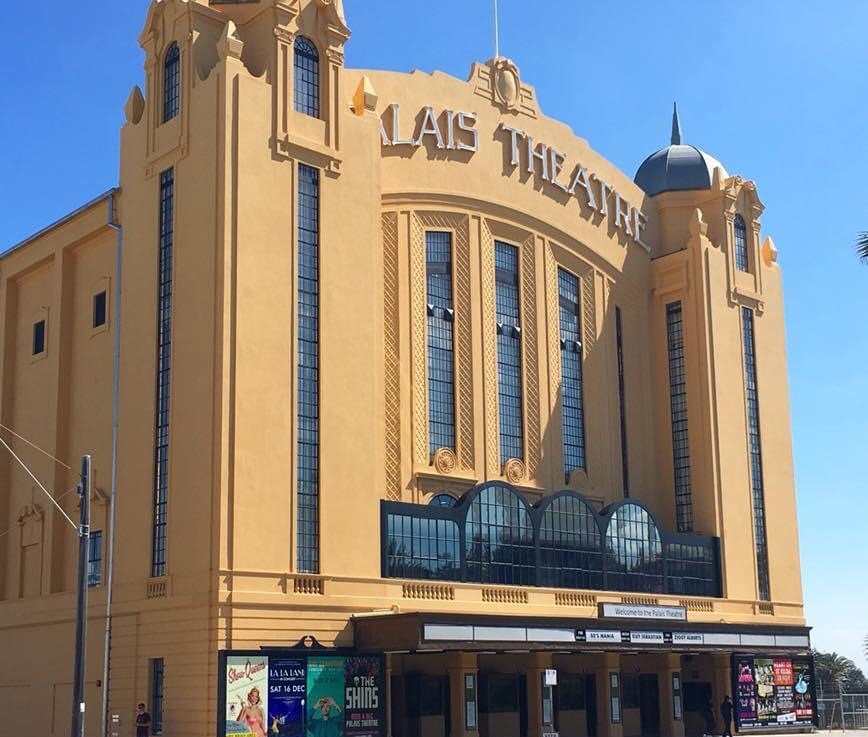 The #PalaisTheatreMelbourne new enclosed #wintergarden / glazed lobby extension thing is finished – not awful, but sooo black, and oddly curved, the arches don’t extend out from the arched windows behind, so why didn’t they just make it straight ? and then you could see the tops of the arched windows behind (which were the facade originally, there was no winter garden). Addition by #LovellChen I think; original #picturepalace by #HarryWhite, 1927, who did loads of live theatres, not so many cinemas. Other photo is from March.