Not the best #trompeloeil but unless you were looking for it you prob wouldn’t notice. This strip of shops in #ClarendonStreetSouthMelbourne were all restored in the late 1970s and instead of recreating they did this ! Recently repainted. The whole block was owned by the Anglican Church – the orphanage there was moved to Brighton – and the shops were developed in the late 1870s on leases; then the Whitlam Govt funded the State Govt to buy the whole lot, to be managed by the #HousingCommmission, who did this! And rebuilt the verandah. It’s stayed pretty much in its restored state, despite Kennett selling it all off, thank goodness. 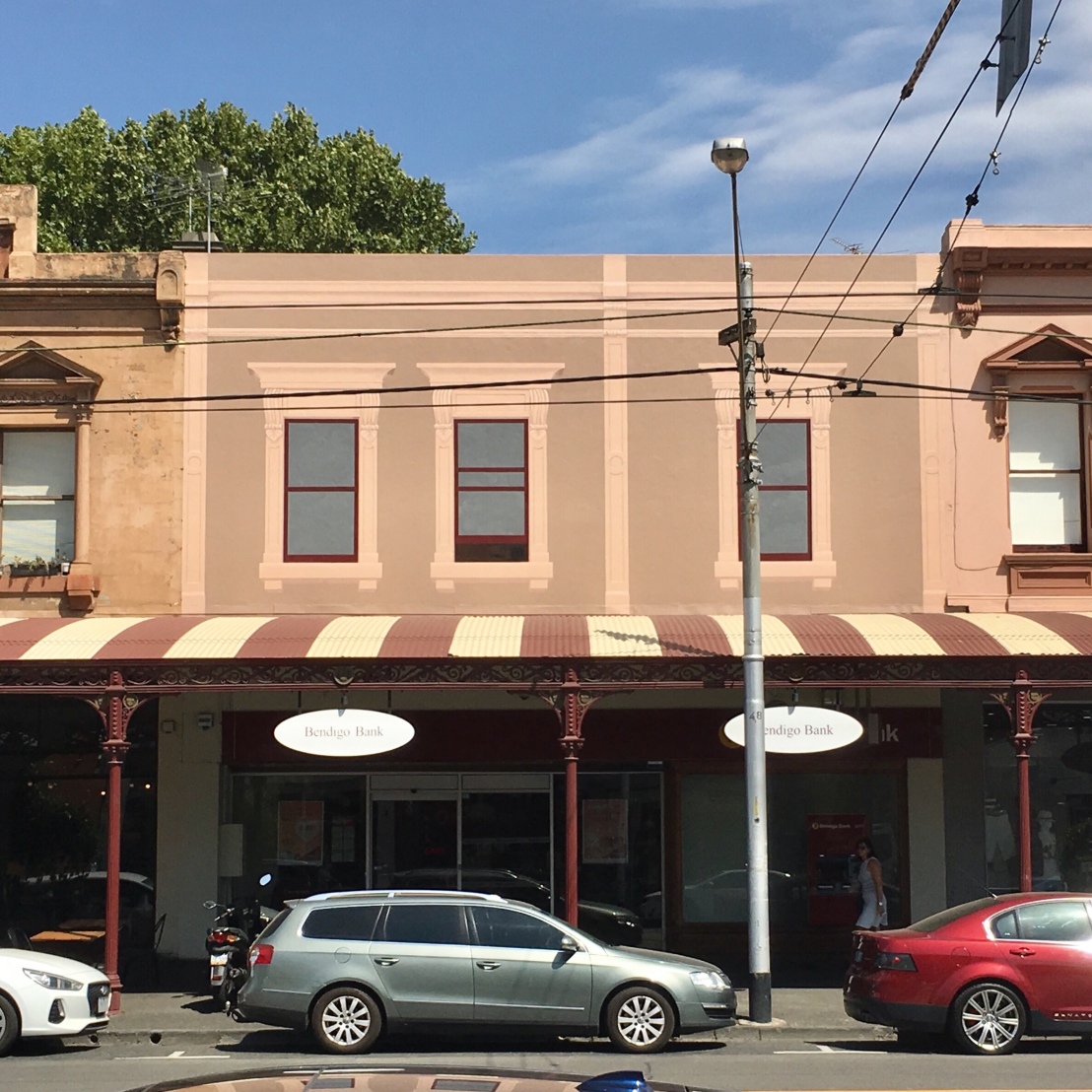