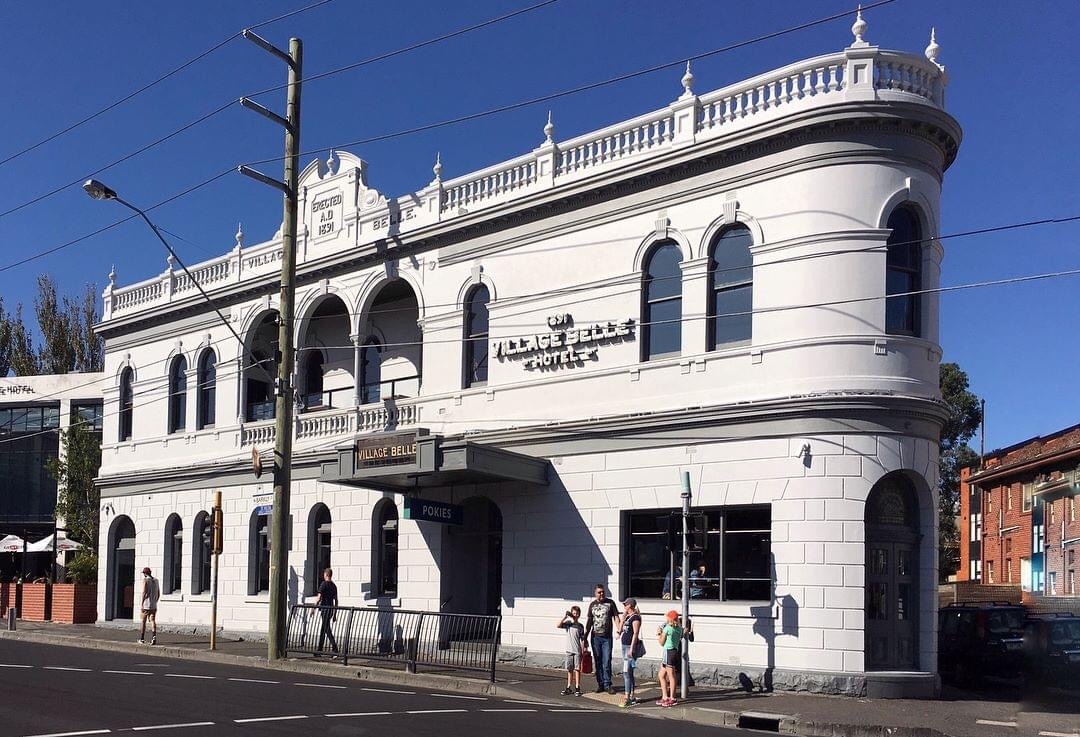 Original post 31 March 2018: #VillageBelleHotel #StKilda, 1891 (replacing the 1855 original), now with its new glass beer garden, and a year before, under construction. Pleased they reinstated the #balustrade #parapet and orbs, but displeased not the foreground arched windows (I hadn’t seen the old photo till now), nor the #OrlandoWines sign they took off in 2016, though the new one is nice enough. Somehow I preferred the yellow and brown scheme, though it was probably originally #cementrender grey.