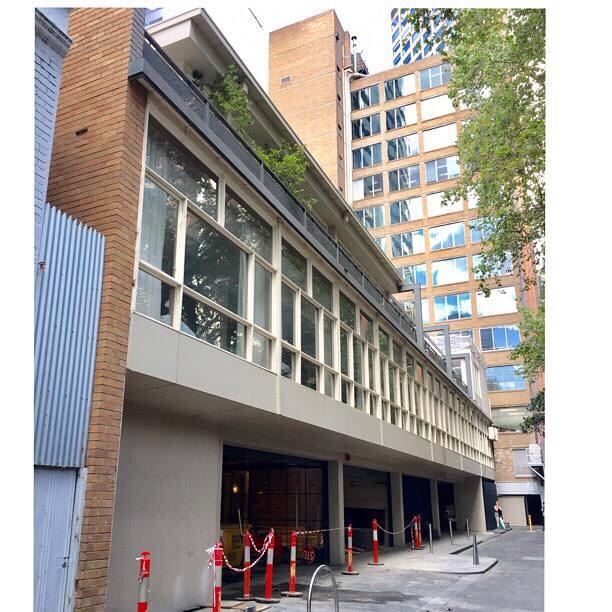 Melbourne’s women-only #LyceumClub, a rare city work by a #femalearchitect, from 1959 – #EllisonHarvie, from #StephensonTurner. Major works going on, a bit worrying because it’s not (yet) #heritagelisted, but a woman who said she was the president asked me why I was taking photos, looked pleased when I said I liked it, and assured me it would look much the same once the new lift was installed (swipe for detail) – except for a new ‘garden room’ on top, designed by #KirstinThompson, whose website says it will respect the original lines – hard to tell from the one image supplied though. @ Lyceum Club

I’m afraid I don’t like what @kerstin_thompson_architects dud to the #LyceumClub; a rather dark heavy vertical addition to what was a light, horizontal original. (actually it looks like the verticals arent structural, it would be fine without them, since it would read as setback and horizontal). The best thing I can say is at least both parts were designed by women, the first by #EllisonHarvie while she was at #StephensonTurner, completed 1959, a rare work by a female architect that wasn’t a house. It’s proposed to be heritage listed now, maybe this would have happened even if it had been previously, given small site, large program, but I would have preferred a bit of a setback. 2021: I’m softening, it’s not too terrible, but I’d like it a lot more without the hanging folded screens.

An earlier design via RMIT archives :