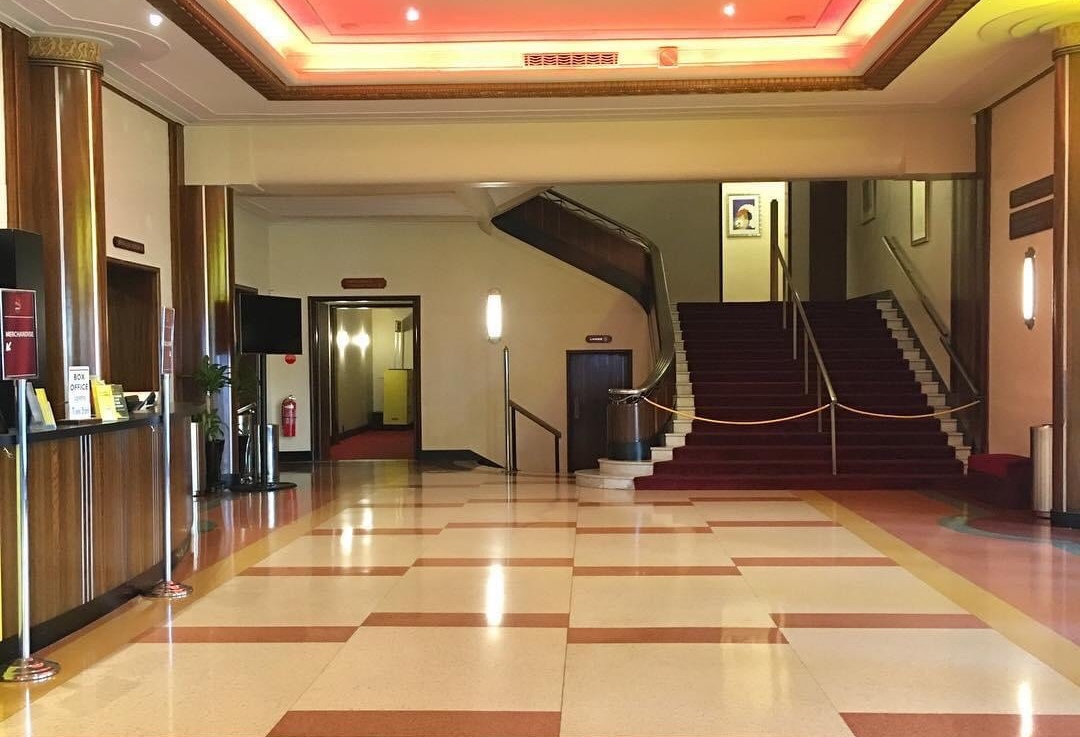 The 1934 lobbies at #HerMajestysTheatreMelbourne are a bit on the plain side imho; nice details, but there’s lots of blank wall between them. [found some original photos, the walls seem to have had a coloured textured finish, plus the nice light fittings and flowers made a difference]. Just noticed the dancing figures at the top of the pilasters, you have squint.

The new interiors, created after a fire in 1929 destroyed the original 1886 interiors, were designed by C N Hollinshead & Albion Walkley – I guess the idea was restrained elegance. We’re lucky JC Williamson rebuilt it at all at that point, cos most theatres in the depression started showing films to make ends meet – guess with the dem of the Theatre Royal in 1930 Melb there was room for a big live theatre. At first His Majesty’s, later #HerMaj, became home to most big musicals, and Opera and Ballet into the 1970s. Along with the Princess. Oklahoma ! My Fair Lady ! Oliver ! Etc. My mum dragged me in to see saw Reg Livermore doing Betty Blokbuster, I had no idea what was going on. Hard to believe but she was nearly lost in the late 70s when Williamson’s folded, the next owner wanted to demolish, but was persuaded otherwise. Not added to the VHR until 1986 though.