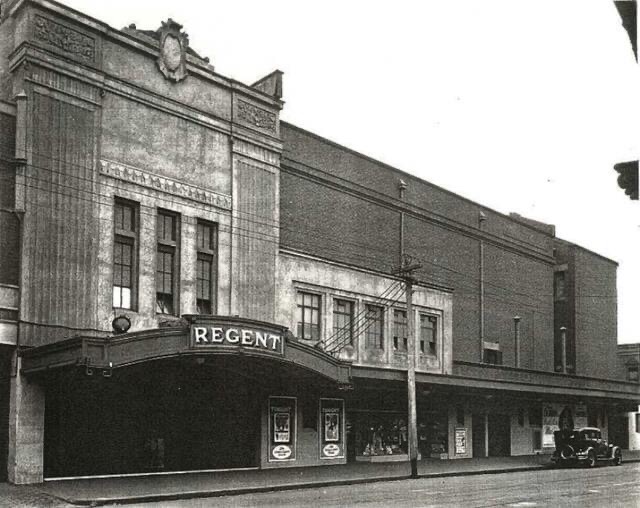 Another #losttheatre, but it hung on longer than most – until 1983!- and if it had hung on a bit longer ? Built as the #HoytsRegent in Johnson Street Fitzroy just off Brunswick Street, it opened in 1931 as one of the largest suburban cinemas, seating 2000, and one of the most luxurious, with plenty of gilt, chandeliers, velvet drapes and a very grand lobby. An early victim of tv ( perhaps because it was so big) it closed in 1960, but then tv came to the rescue, and it became the HSV7 Teletheatre, where many shows were filmed with a live audience (of 4-700). That lasted till 1975, then it became the Melbourne home of #RockyHorror, going till May 1977. Then empty, then sadly demolished in 1983 to be replaced by some pretty cheap pomo office/shops. I guess only live bands would have saved it, but hard to fill such a big venue I reckon.