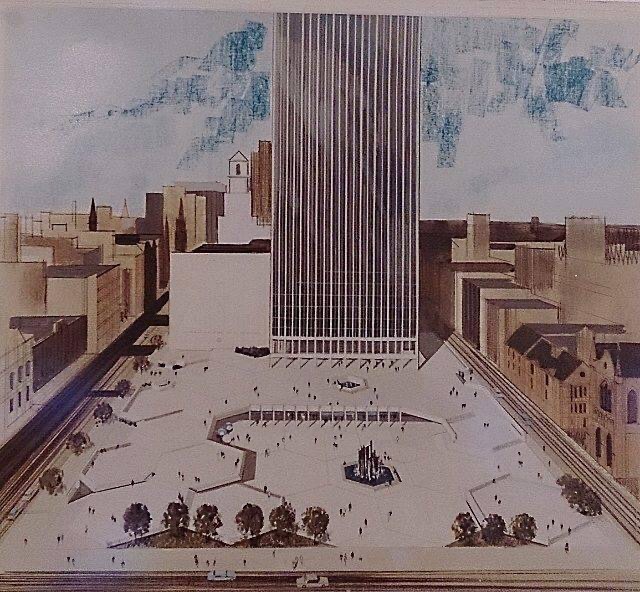 Repost from 2016: we nearly got this for the #CitySquare! When it was being developed in the late 1960s, the closure of the Regent Theatre in 1970 was seen as an opportunity to make it even bigger, and it was bought by the City Council with the idea that it would make the perfect site for a high-rise five star hotel, and Council could make some money back. The designs that then emerged however showed less a city square and more of a plaza in front of a giant corporate tower, spurring on the nascent ‘Save the Regent’ movement. This led to a Green Ban in 1973, a State Government Inquiry recommending retention in 1975, and the building staying empty for 26 years until it was finally restored. At the same time the 5* hotel originally mooted was built, making the City Square itself a bit smaller.

2021: since then square part has been demolished (again) for the #MelbourneMetroTunnel, with a big entrance planned on the north side. I say don’t bother with a new city square, we’ve got Fed Sq now, but jets have some trees and grass on the north and Swanston street sides, the rest can become maybe a series of arcades and lanes with shops and boutique hotels and low rent studio spaces (I’m dreaming !).