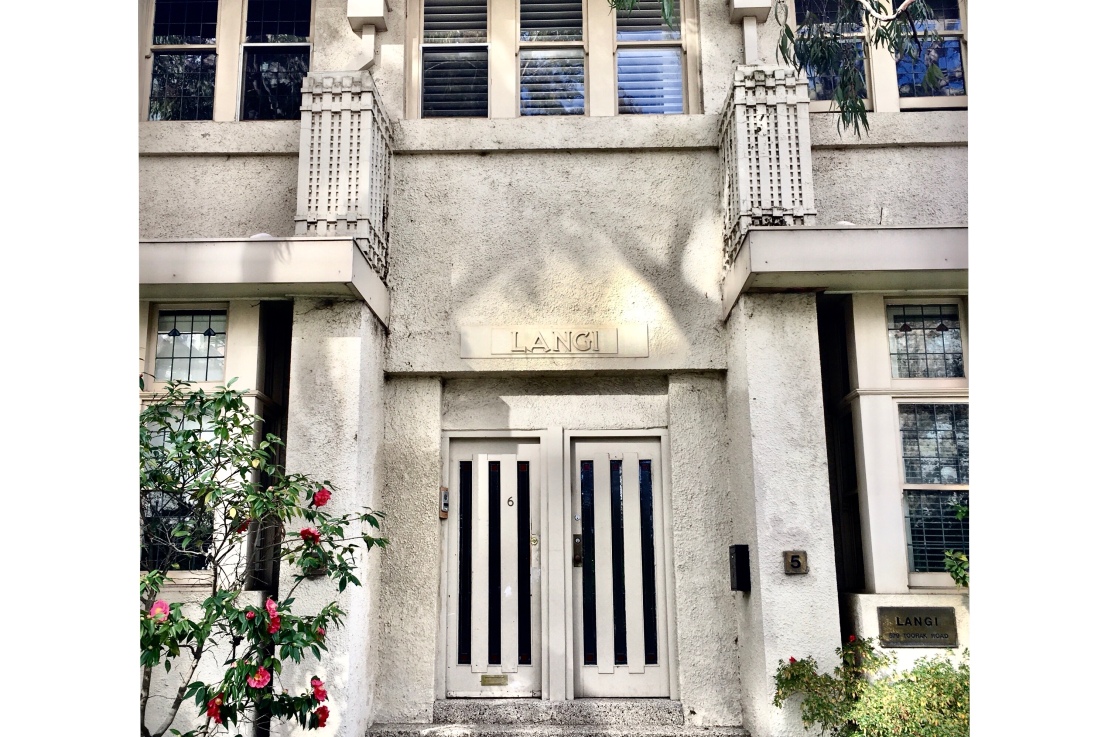 Right there on #ToorakRoad, there’s Langi Flats, a bit of Chicago 1900s #PrairieSchool, as interpreted by #WalterBurleyGriffin and #MarionMahoneyGriffin in 1925-6. It was I recall a rebuild of a house in front, and new build behind- that bit has plainer walls but more exciting geometric patterned gates and panels below the windows. The garden is very American, no fence at all, just lawn, and in a very unusual move for Melbourne, native lemon scented gums.

It’s been altered a bit since then, with pipe props added to the front verandahs, probably because the concealed gutters or downpipes got blocked. It was also at least two colours, maybe ochre with green or brown woodwork. Old photos 1925, taken by Walter himself – @nationallibraryaus #ErichNicholls collection.

Great photos of the interiors in 1925 too – lights, tiles, texture, all seems to be painted out white now, no surprise there. Looks like at least 4 different fireplaces, over 8 flats.