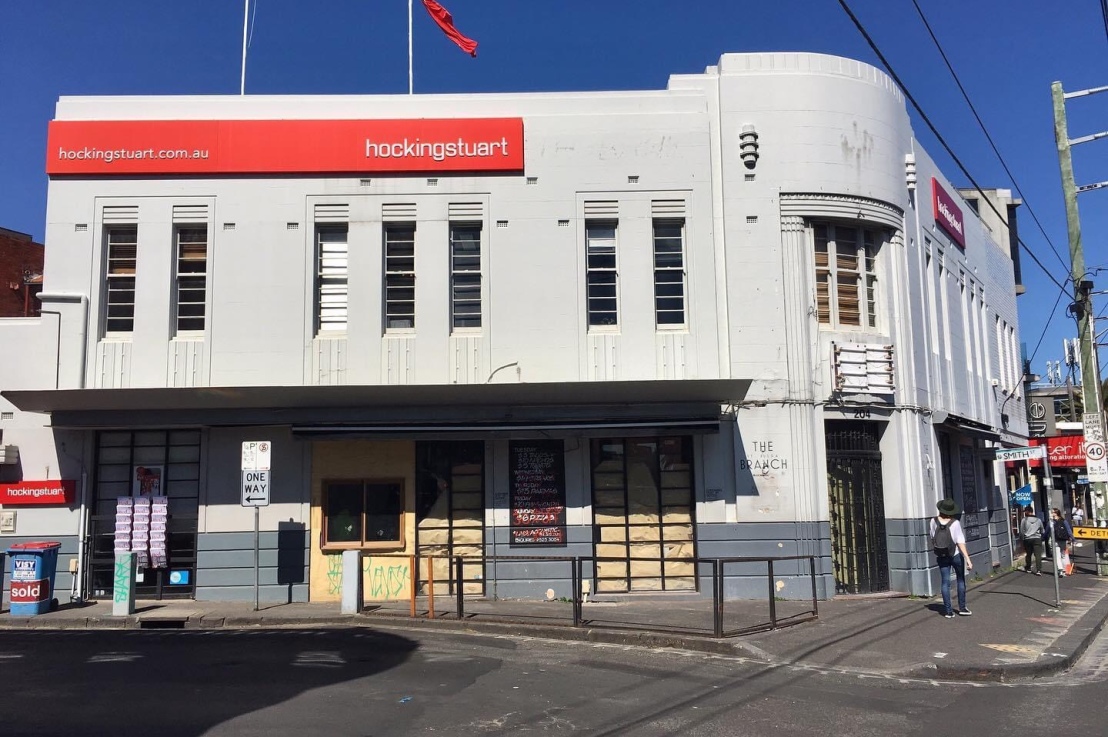 At the end of #AclandStreet #StKilda there’s another of those great #ArtDeco #CommowealthBank’s, though this one suffers a little from the corner bring very splayed, so the plain flanking walls dominate a bit. Nice details though. As a restaurant/cafe it also suffers from being across the road from the main shops, so there’s a high turnover, been empty for ages. Maybe better as an office ?

Update 2021: it reopened as Lady of St Kilda, the name of the ship after which st kilda was named (which is not a saint, but the name of a Scottish island, corrupted from some ancient language to St.)