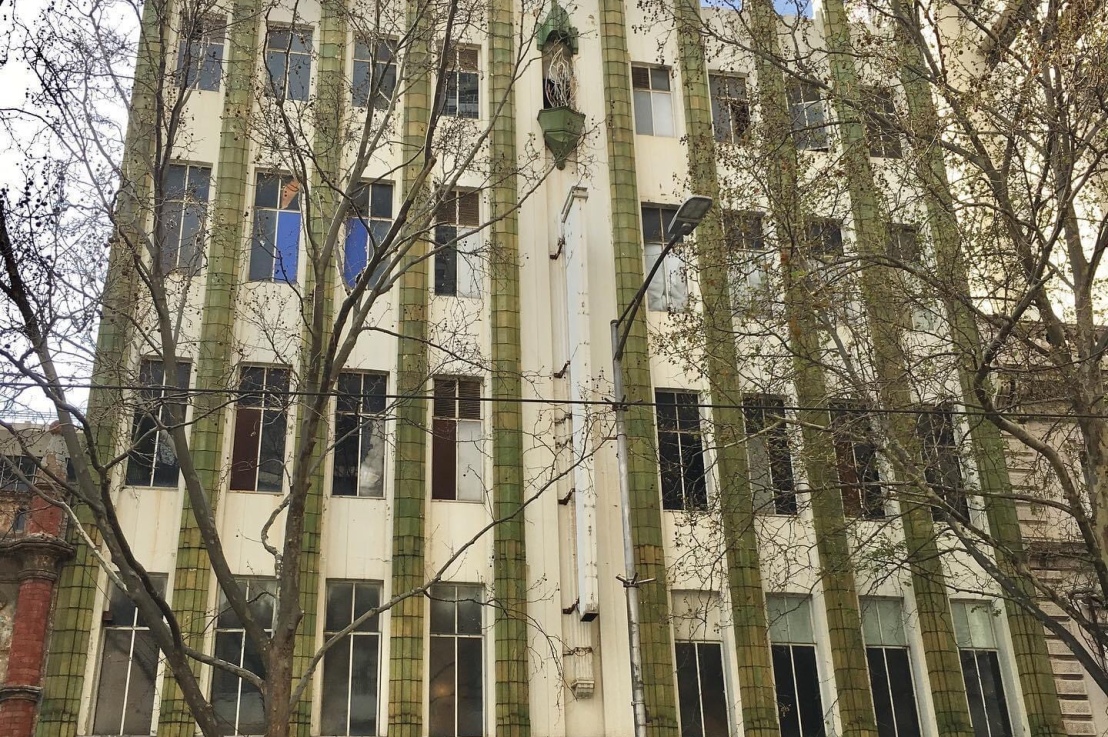 A nice bit of #ArtDecoMelbourne, normally hidden by #damntrees – Patersons Furniture, #BourkeStreet, 1934, by #ArthurPurnell (as Purnell & Pearce). Purnell had such a long and varied career, first 10 years in Canton (Guangdong), then in various partnerships back here after 1910, some great houses, some Chinesey looking things, offices, factories, clubs, and sporting grounds including the Southern Stand at the MCG in the 30s and the Olympic Stand in the 50s, both now demolished. And my dads house in hawthorn!